Nominated for the 2020 Oscars, this damning documentary explores what happened during the 2014 Sewol Ferry disaster, where over three hundred people lost their lives, most of them school children.
READ REVIEW
Next Previous 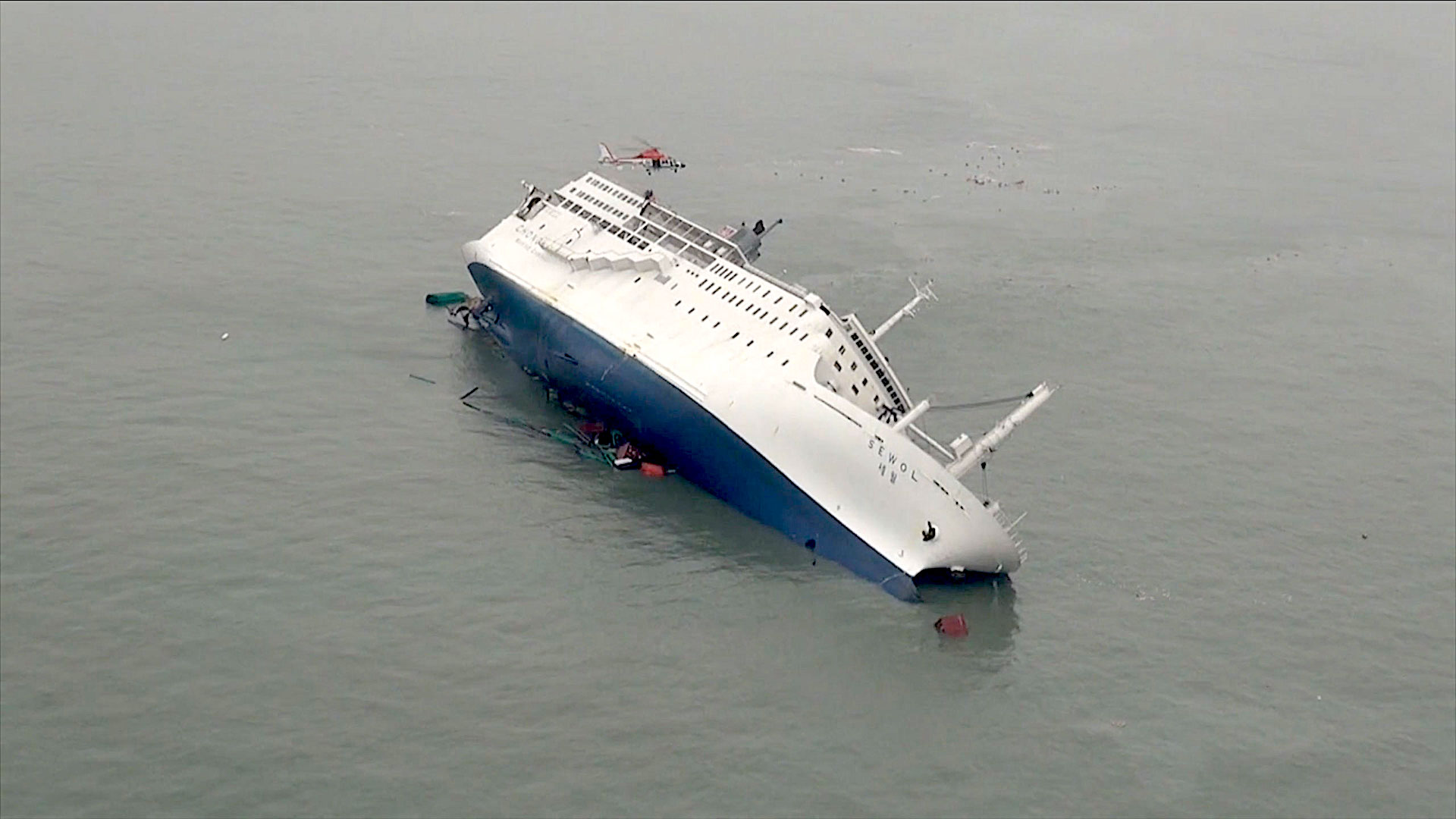 Forgive us for being a bit late to this film. Despite the involvement of Field of Vision, the leading organization in short documentary filmmaking at the moment, and a plethora of honors, including the grand prize at Doc NYC, an award from World Press Photo, and a feature in The New Yorker, we confess that, even for us, it is sometimes hard to get revved up to watch a 28min film about such a dark subject. Likely you’re on this site, reading this recommendation, thinking the same thing, so let me try to assuage your concern—In the Absence is a remarkable documentary that is undeniably gripping, even as it makes your blood boil.

Like normies, it took the film being added to the Oscar shortlist for us to finally take the plunge, and to no surprise we found ourselves floored—In the Absence is a gut-punch, an urgent piece of investigatory journalism where the methodical nature of its process barely masks a deeper anger. There is power inherent to the subject it explores, but it is also a finely constructed film, one we find novel in the way that it expertly utilizes archival footage from a plethora of sources to reconstruct, blow by blow, the passing minutes as a disaster turns to tragedy.

For those of us in the West, it helps that most of us are not intimately familiar with the case, as we find ourselves shocked and outraged at the incompetence of every twist during the film’s lengthy runtime. Embarrassingly enough, I don’t think I’d know about Sewol at all if not for writing about Last Letters in 2016, filmmaker Nils Clauss’ mournful, impressionistic meditation on the tragedy. The two films make a great double-feature, with In the Absence providing the factual foundation for the event’s unfolding, and Clauss’ work providing a spiritual evocation of what was lost.

But even though the Sewol Ferry disaster was wall-to-wall coverage in South Korea and spawned massive protests in its wake, calling for the resignation of the country’s then-president, Park Geun-hye, it is not as if the details of what truly happened were widely disseminated. There is so much chaos in the early moments of a disaster, with incomplete information and competing narratives. Defenders of the current government would try to shut down discourse for fear of embarrassment. As this film makes clear, this sort of misinformation is directly responsible for the inadequacy of the response, and despite investigations, the same sort of deflection and ass-covering among officials that contributed to the outcome continued in its wake. Sewol was a preventable mistake, a litany of blunders one after another, and more than simply the assignation of blame, a true reckoning needs to occur if, for no other reason, than to learn from such mistakes and prevent them from happening again.

And, as the film’s director, Yi Seung-Jun, and its producer, Gary Byung-Seok Kam, make clear in a poignant interview up on Field of Vision’s website, the families desperately craved the closure a film like this provides. If they are to move on, if that is even possible in the wake of their loss, they need to know what happened. Some of the most moving moments in that interview attest to the feeling amongst victims of being stonewalled by their government in their search for the truth, and the immense catharsis that has come from the film’s release, where it has been widely seen within the country, but also internationally, where the New Yorker’s publishing of the film has garnered over 1M views on YouTube.

With last week’s Oscar nomination, this story will only reach a new level of international awareness. We’ll be rooting for its chances come Feb 9th at the ceremony, but in the meantime watch the film soon. While many of the Oscar-nominated short films are streaming for free at the moment, we expect several of them to start coming down in the coming weeks as they embark on a limited theatrical tour in advance of the event. In the Absence can be painful and upsetting viewing, but it is important and masterfully done—you owe it yourself to check it out.