China’s elite and infertile are flocking to Southern California to hire American surrogates to have their babies for them, and Qiqi is there to help.
READ REVIEW
Next Previous 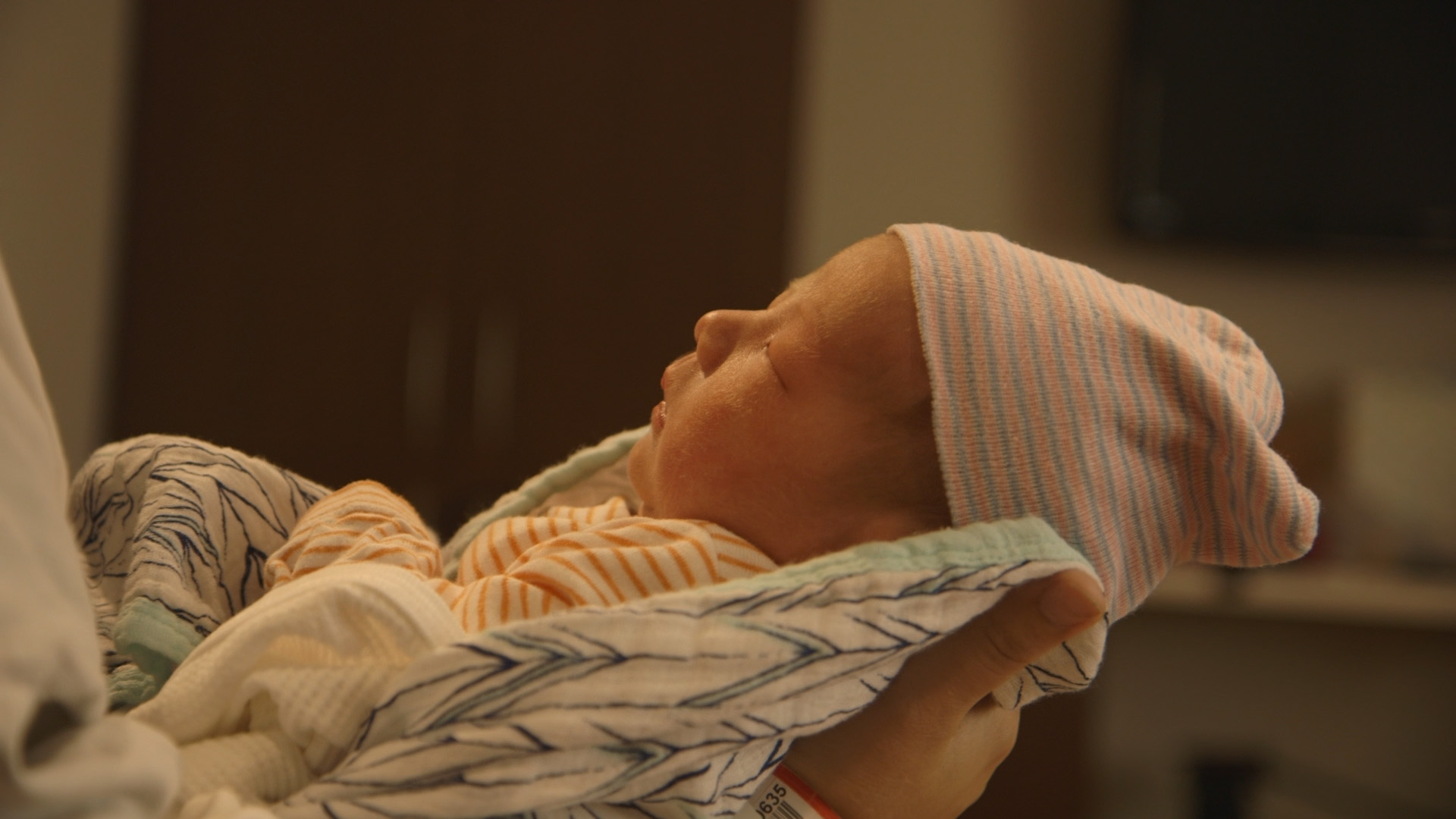 Can you put a price on human life? Apparently you can—upwards of $200,000 according to Qiqi, a businesswoman who connects Chinese IPs (intended parents) with American wombs. Directed, produced, shot, and edited by Leslie Tai, My American Surrogate offers an up-close look into commercial surrogacy. The 25-minute short film, featured earlier this year as an NYTimes Op-Doc, charms with its lighthearted approach and charismatic character, but also chills—by revealing how easily human life can be reduced to a business transaction.

With China’s strict one-child policy loosening up, and its longstanding economic shift from communism to capitalism minting an ever-expanding middle class, Qiqi, a recent immigrant, found a lucrative opportunity providing surrogacy as a service to the growing number of Chinese who are infertile or otherwise unable to carry children of their own. Business is booming, and My American Surrogate follows the businesswoman as she decides to hire an American surrogate of her own. Tai documents the process while Qiqi herself shares every step on social media—from the fertility shots, to the egg retrieval and implantation, to the child’s birth nine months later—each event a potential advertisement for her business.

It’s a unique and fascinating subject, and Tai shared the genesis of her involvement to us, writing, “The film was inspired by my meeting with Qiqi during the making of my forthcoming feature film How to Have an American Baby. When I learned that there were these binders full of American surrogates that her clients could browse through, my mind exploded. It embodied all the themes I was most interested in: the commodification of all things we “hold dear”, such as American values, the female body, U.S. citizenship, and the allegory of a global power reversal.”

With its happy-go-lucky soundtrack, playful aesthetic, and the always smiling Qiqi, My American Surrogate is a discordantly slick film, serving as a fascinating companion to the upbeat and hopeful marketing materials of Qiqi’s agency. With a sly comic timing that makes the film’s 25 minutes breeze by, it’s easy to mistake My American Surrogate for just another heartwarming story with a happy ending. However, there’s an unnerving undercurrent that lurks beneath the surface. “American bodies are big and strong, better suited for childbirth. And if you choose a dark-skinned surrogate, don’t worry—your baby’s skin will still be white as snow” intones Qiqi, as she delivers her perfected sales pitch, unwittingly acknowledging a host of topics that are impossibly fraught within our contemporary discourse: from immigration and resurgent nationalism to class and racism. These are big issues, glossed over with a glibness that can’t help but alarm, and that doesn’t even account for what might be most disconcerting for many—the ability of modern medicine to decouple life from heretofore natural processes, a development that will almost inevitably lead to “designer babies“.

“Using absurdity and humor, I attempt to show the excesses of consumer capitalism—in this case of China commodifying and consuming the U.S. but only as a means of holding up a mirror. Ultimately, my goal is to show American audiences how we are more alike with China in more ways than we are different”, Tai shares. The result is quite startling, as the film touches nerves on an almost subconscious level. My American Surrogate raises difficult questions, the obvious one being: should human life be bought and sold, or kept as an in-house production? But, it is obvious that the discomfort the film provokes for many goes beyond the ethics of reproduction. For Americans, it interrogates attitudes they ordinarily have little reason to examine: the privileged position of their country as global hegemon and what the rise of China means to that, as well as a deeply embedded patriarchal possessiveness over women’s bodies. While the language of capital lends a sour taste to Qiqi’s work, fundamentally she is facilitating something beautiful—life and the possibility of parenthood for those unable to achieve it conventionally. The hangups that are exposed from that are the real value of Tai’s work.