Tim struggles to fall asleep during an in-office sleep study and enlists the overnight technician to help.
READ REVIEW
Next Previous 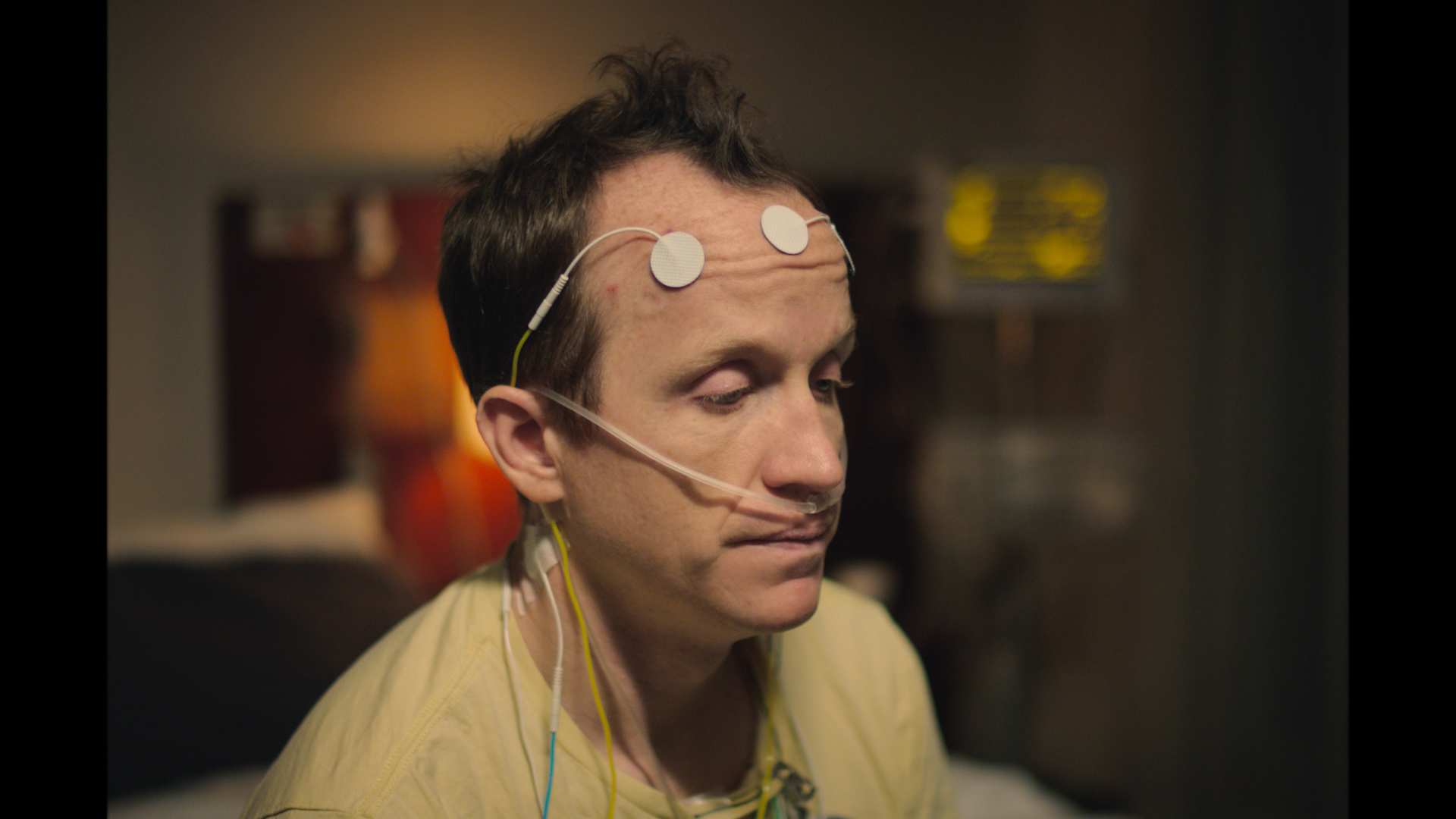 As a needy insomniac who likes low-key comedy, it feels like Matt Porter (previously featured this year for his film Damage) made Nighty Night just for me. It’s a relatable, small film about two men who form an unlikely bond during a sleep study. Purely on a plot level, not much really happens. But, honestly, that’s kind of the appeal. Porter creates a loving ode to friendship and soporific comfort, crafting an offbeat (but never off-putting) dramedy that’s as subtle as it is sweet. The film is, of course, aided by its two stars. Comedian/improv legend Chris Gethard plays the needy counterpart to a stoic sleep study technician (Zach Cherry). Both are terrific, building a chemistry that feels as effortless as the script.

In general, I tend to gravitate towards short comedies that create characters rather than caricatures (the latter better suited for broad sketch) and that’s ultimately why I think Porter’s film(s) are successful. There’s no “high concept” here and that’s why I love it—it’s a slice of life that just happens to be driven by good actors, a funny script, and strong (but simple) cinematic craft. While I realize this isn’t the kind of film that turns heads or launches a Netflix pilot deal, I wish more short comedies on the internet had the courage to just exist without feeling like a needy grab for likes and shares. I love this film because it’s not loud and boisterous nor can it be summed up in a pithy gif or logline. It’s warm and sweet…a really “nice” watch. By the time it switches over to an amusing animated interlude told by the technician to induce Zzz’s I was sold. Moreover, if you’ve ever had to put a five-year-old who claims not to be tired to bed, it will resonate on a completely different level.

The irony of being an insomniac is that I’m probably more knowledgeable about sleep than someone who can do it effortlessly. So, yes, as a curator I’m a bit biased here. Nighty Night just gets me, especially in my constant struggle to maintain good “sleep hygiene” or become less dependent on medication. But, Porter is also digging into something deeper about the nature of sleep, anxiety, and the comfort of human connection.

As he tells Short of the Week: “I was interested in exploring the vulnerability of sleep, and what it actually means to feel safe, to quiet the mind, and to let go.”