During a game of Seven Minutes in Heaven, Bree and Connor must navigate how to get what they want while ensuring their reputations stay intact.
READ REVIEW
Next Previous 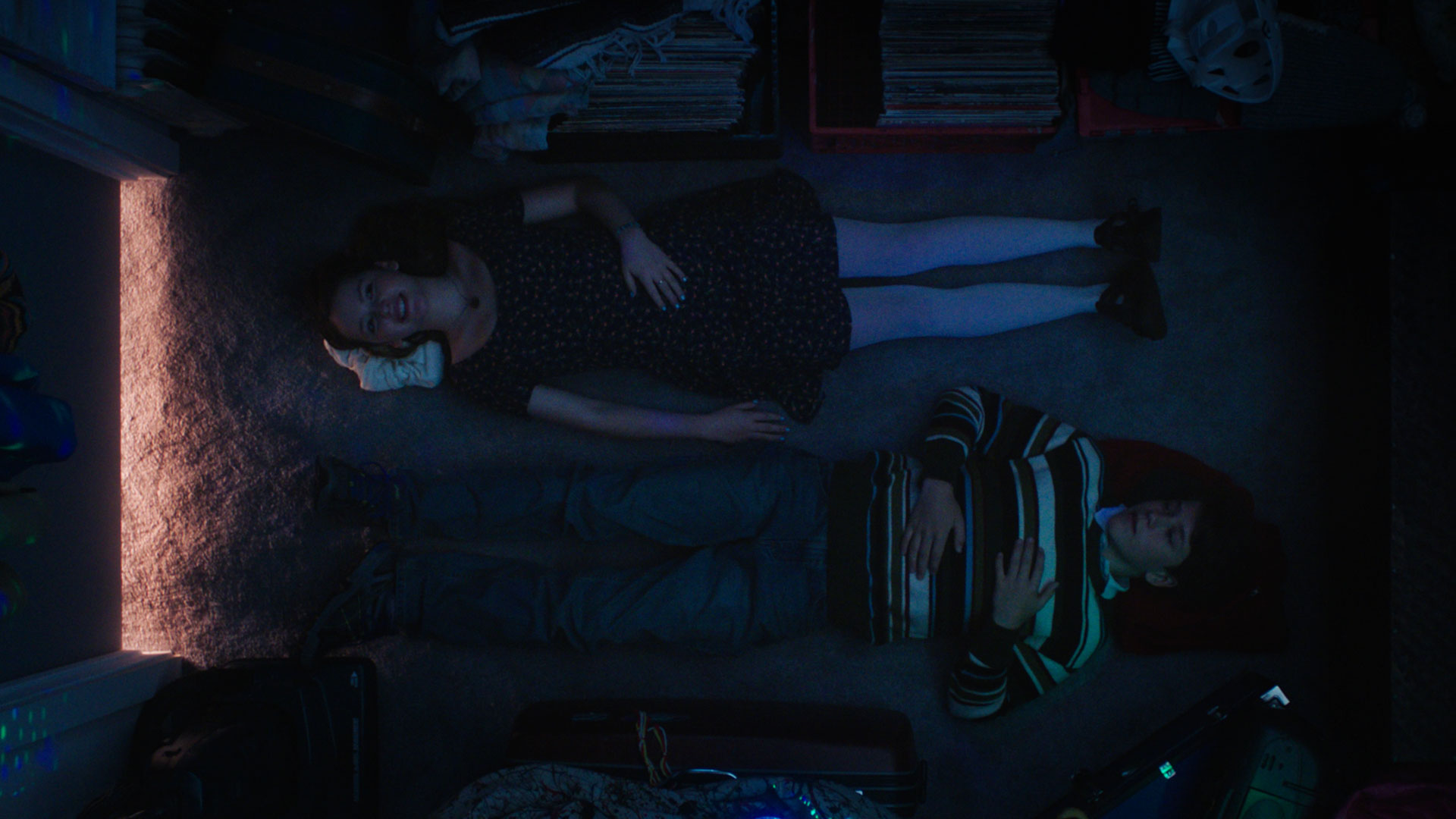 Writing “kid” characters for the screen is hard. It can be so easy to veer into tropes or, even worse, construct some sort of shaggy haired, overly precocious Disney Channel robot. We’ve had some success lately in depicting “real” kids in cinema, though, (Bo Burnham’s 8th Grade being the current benchmark) and I’m humbling offering Kaily Smith Westbrook’s Just Between Us as another example to add to the “authentic tween” canon.

As my own personal portfolio suggests, I’m a fan of two-handers, and this is a good one. It’s no surprise that the short form lends itself well to this format as locations and performers are minimal, and thus, production budgets can be tiny. But, the production simplicity can be a double-edged sword: with such basic cinematic collateral, it’s very easy to make something that is also relatively dull. Two-handers live or die based on performance and dialogue—two ostensibly simple things that are very hard to get right. Fortunately, writer/director Westbrook (a trained actor herself) manages to deftly handle both.

Things may start slow here, but it’s impressive how Westbrook is able to layer so many different topics (some very heavy and dramatic) without ever succumbing to the weight of it all. Idle chit chat begins to hint at a lot of context, moving from how these two kids, Bree and Connor, are perceived to tangentially covering things like consent, sex, and even potential physical abuse. On first blush, the film is setting up a meeting of stereotypical contrasts (the tween lothario and the innocent new girl), but I really like how it moves past these labels, showing the depth of person underneath. For one, Connor is never portrayed as a douche. He’s sensitive and self-aware, which is refreshing. Likewise, Bree is just as reflective of herself and her place in the social hierarchy. It’s an interesting balancing act where Westbrook is able to juxtapose both their maturity and immaturity, perfectly reflecting that highly specific convergence point when one transforms from a kid to adult.

Things get dramatic towards the end, but it’s never melodramatic: that’s an important distinction. Moreover, perhaps even more impressive, this character journey takes place entirely in a dark closet. While this limits what the film can do visually (the whole thing is pretty dark and muted in terms of color palette), it allows for small aesthetic changes to have immense impact. In the world of Just Between Us, a spinning nightlight feels profound. It helps that Westbrook has cast two terrific young actors. Again, a film like this entirely dependent on chemistry and performance and I really enjoyed both here.

Just Between Us played Mill Valley and the Denver Film Festival. And, filmmaker Kaily Smith Westbrook has personally done a lot to support indie creators, as she is the founder of Series Fest, a non-profit organization dedicated to championing artists at the forefront of episodic storytelling.