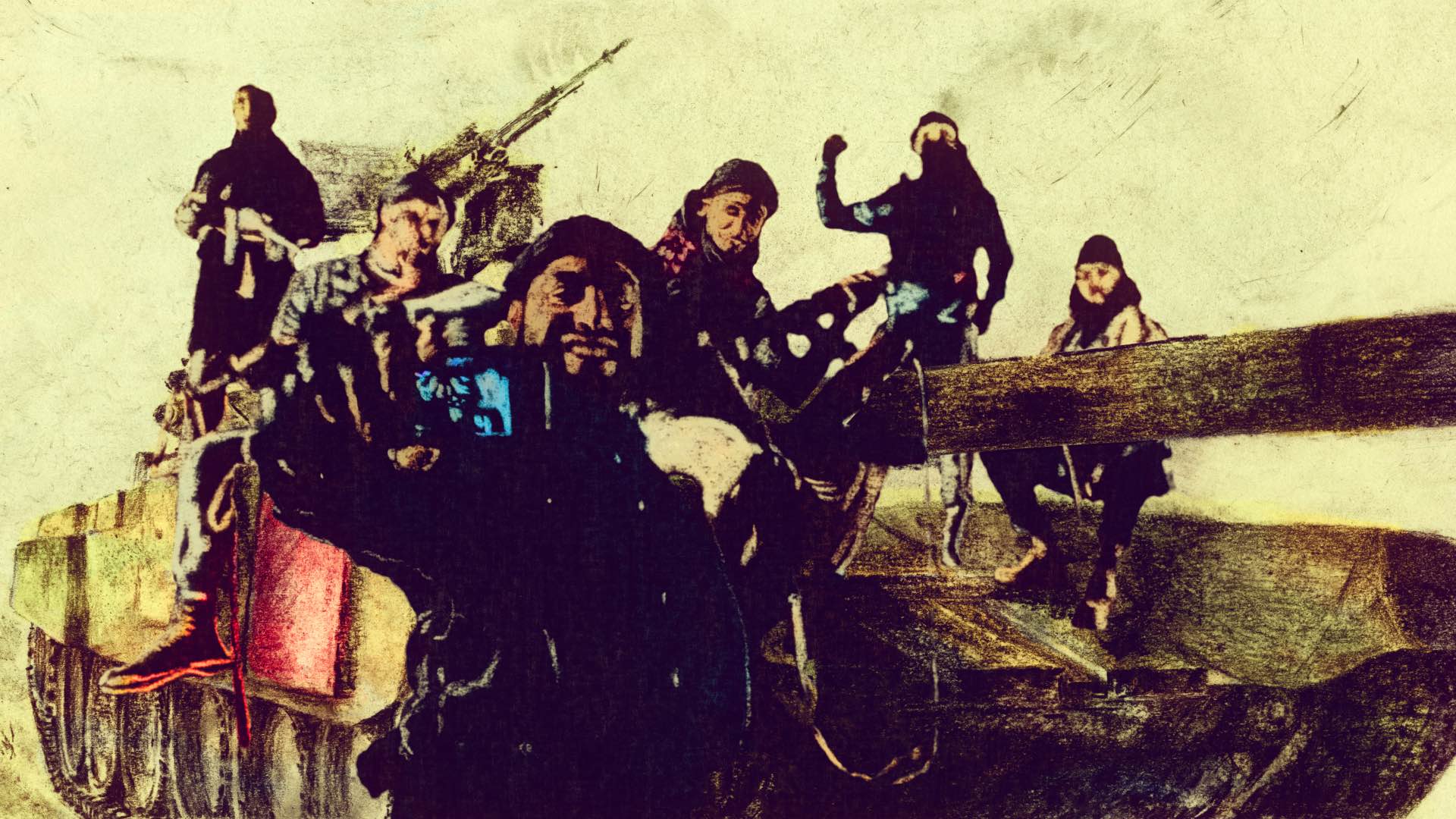 Esther Niemeier’s enthralling, yet prudent, short documentary Tracing Addai follows the journey of a young German man and his decision to join a Salafi Extremists Group in Syria. Told through the stories of the people he left behind, Niemeier draws on her own history with Addai to paint a larger picture about how a Westerner can become radicalized and what that means for his family.

In the case of Tracing Addai, the film’s narrative mostly centers on Addai’s mother and her contemplation around why her son chose to leave her and Germany behind, without even a good-bye, in order to look for a higher purpose in militant Islamism. Niemeier tries not to judge the absent protagonist – all we get are altered reenactments and artistic screen-grabs of Addai’s emails with his mother – but instead lets those who knew him (among them a fellow disillusioned Jihadist who returned to Germany after he realized the delusional madness he had gotten himself into) tell his story.

The film interweaves a sort of true-crime storytelling with the philosophical challenges behind Addai’s inconceivable decision. Once you go beyond the questions of what Addai thought might have been wrong with his previous life, the film opens up questions about the general motivations behind radicalization.

Like similar films tackling these themes, Tracing Addai stresses the point of how Addai always felt like an outsider, perhaps just searching for a sense of community of like-minded people – however fictional, fraught and dangerous their promises. What goes on inside the head of a young person at the age of 20/21, who decides to turn his back on his upbringing, no matter the consequences or effects on the people close to him?

Tracing Addai uses partially gritty, almost grimy rotoscope animation to add a necessary alienating effect to the film’s depictions. This is a trait it shares with the Netflix short documentary Ghosts of Sugarland, in which nine friends are wearing masks of comic book characters while talking about a tenth friend who joined the Jihad.

The reasons for distorting reality in both cases are two-fold: On the one hand it’s a practical solution to guarding the protagonists’ real identities, to keep them safe from potential threats or fallouts. On the other hand, Tracing Addai‘s animation, paradoxically, adds a certain immediacy. In a time when media coverage of the Syrian civil war and all its horrors, runs the risk of over-saturation numbing us to one individual story, Tracing Addai invites us to look closer at the blurred lines and shades of these lives and put in the missing puzzle pieces ourselves.

With a run-time just seconds under the 30-minute mark, Tracing Addai isn’t the easiest watch. When I first screened the film for the Austrian film festival Shortynale over a year ago, the film had a significant impact on me, but it nonetheless led to some discussion among the team members. A film of this length takes up almost half of one single program block at a shorts screening and has to be worth the time it takes from other, shorter work. Similar concerns arise when we choose longer films for S/W, with different parameters connected to the paradigms of online video consumption. Can the film hold a viewers attention for that long? Is it special enough to justify the time and effort put into watching it?

When I rewatched Tracing Addai this year for consideration as a feature on S/W, those discussions still lingered in my head – with a few added thoughts: Is the topic of Salafi Extremists Group fighters in Syria still relevant and topical enough? How important is it to tell this story in light of everything else happening around the world? In Tracing Addai‘s case, the answers to all these questions is a resounding YES; it is important. While it might have lost some of its urgency, which in that case could only be a good sign all things considered, it is nonetheless still a necessary film.

Tracing Addai was Esther Niemeier’s graduation film at the Film University Babelsberg “KONRAD WOLF” and has played over 70 festivals worldwide, winning Best Animation at the Clermont-Ferrand Short Film Festival and was a finalist for the 2018 Student Academy Awards. It subsequently was released as a New York Times Op-Doc under the title Losing My Son to Syria.

The director is currently writing and developing her first feature length documentary “based on original letters from her Great-grandmother, a woman whose outspokenness landed her in a psychiatric hospital where she was killed along with many others under the Nazi’s euthanisation scheme during World War II.”