FILM CURRENTLY OFFLINE. A retiree's instrument inexplicably goes mute in the days leading up to a long-awaited performance.
READ REVIEW
Next Previous 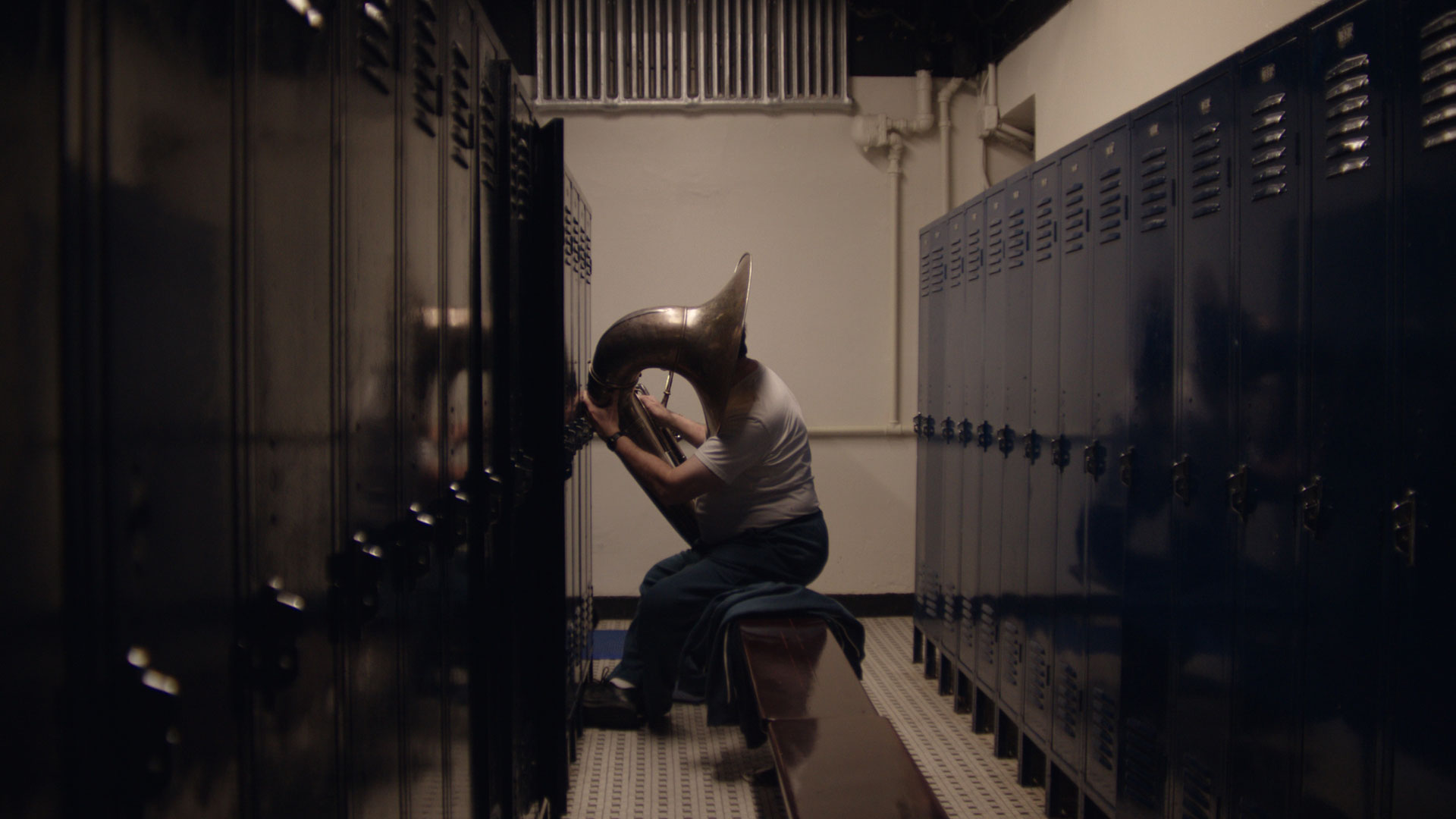 Drama about Identity in Live-Action
Directed By Flo Linus Baumann
Produced By CognitoFilms Ltd. & Betty Studios
Made In Switzerland

There are plenty of films that attempt to convey the process of aging—this concept of slowly losing grasp on the things you were once good at, of the person you used to be. But, few of them are expressed with such uncanny and surreal oddness as Flo Linus Baumann’s Sousaphone. It’s this strangeness that really hooked us, proving a unique entry point to somewhat well-traveled material.

In that sense, the film’s oddness makes it difficult to describe. Despite taking place in New York, it has an undeniably European feel—the film’s strangeness is balanced by a grounded juxtaposition with the mundane. Everything from the bleak color palette to Baumann’s use of composition, portends a work of realism. And, so, it’s unexpected and quite compelling as the film takes on a more metaphorical bent. The film is Charlie Kaufman-esque, a sort of surreal high concept that is presented through relatable, human foibles. We follow Josef (Donavon Dietz) as he literally looks for his voice, struggling to come to terms with the person he is now and the person he remembers being. It’s strange, yes, but also surprisingly human.

In creating the film, Baumann cites inspiration from his father’s own retirement and the impact it had on him and his family. While that’s a specific motive, you could also look at the film as a larger metaphor for creativity—how by forcing the creative process, you are unable to perform. However you read the film, there’s no denying it’s an engaging watch, balanced by darkly comic timing and terrific performances from all its players.

Sousaphone had a solid festival run, playing Palm Springs and others. Baumann is currently working on his first feature called Searching for Q, that he’s planning to shoot  in Louisiana. He is also co-producing a film entitled 50 Miles from Boomtown, which will hopefully go into production in the summer of  2020.