**CURRENTLY OFFLINE** - Silje wants to leave her boyfriend, but when she finds him in a half-hearted attempt to hang himself she has to reconsider, in fear of acting reckless.
READ REVIEW
Next Previous 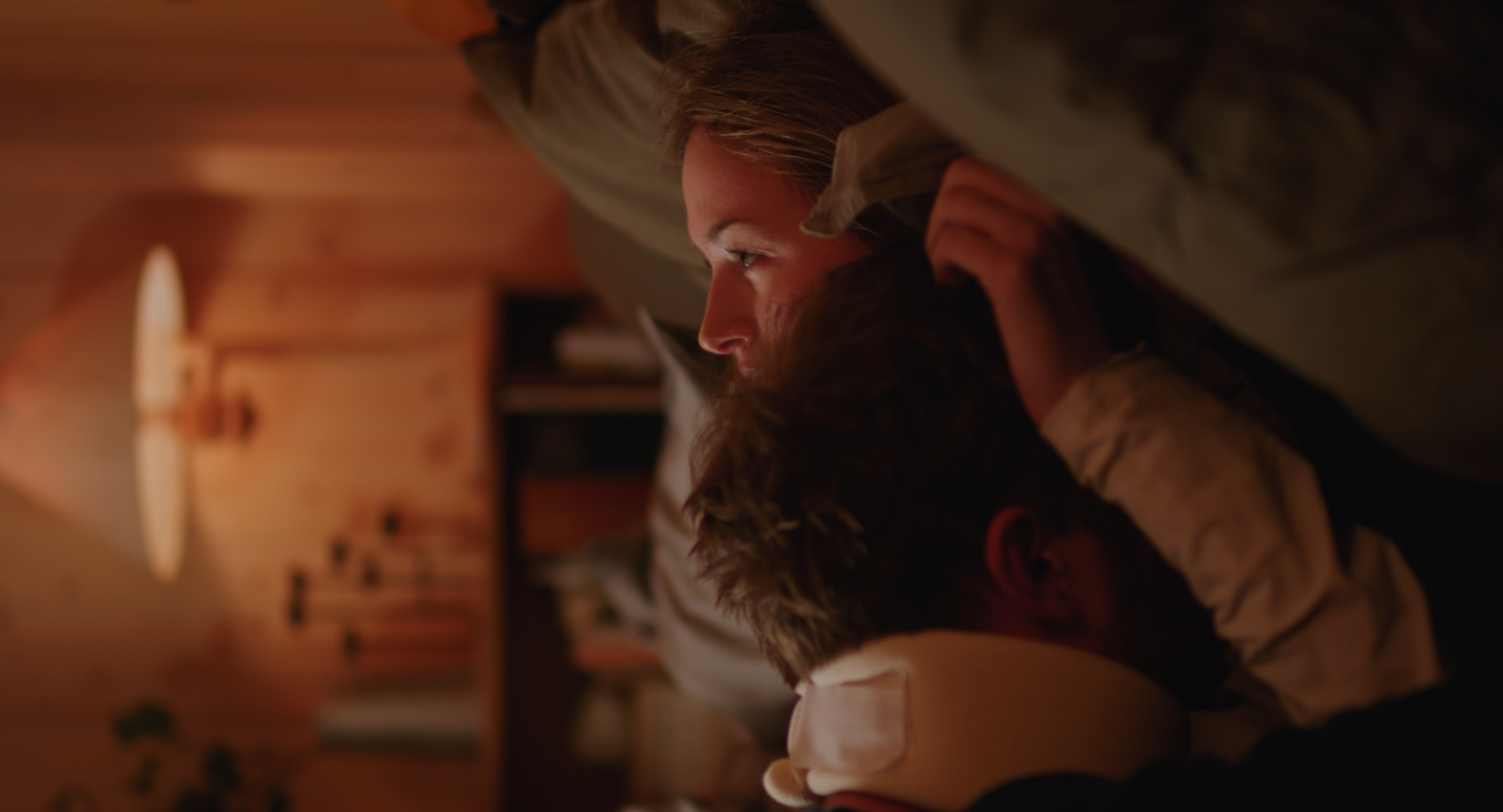 Winner of a Student Academy Award and the Special Jury Prize at the BAFTA Student Film Awards in 2019, Rikke Gregersen’s Norwegian short De Hensynlose (Dog Eat Dog) is another of this year’s highly acclaimed films to be released online in the lead up to awards season. This darkly-comic tale of a young woman who breaks-up with her boyfriend, only to discover him in the midst of a suicide attempt, mixes humour and tragedy to create a compelling story of bad relationships and monogamous swans

Short films have to start strong to get you hooked early and make you want to keep watching and Dog Eat Dog is a prime example of this kind of engaging and intriguing opening. As two friends celebrate with a glass of wine next to a window, we quickly realise the real “action” isn’t actually happening within this location, but at an adjacent apartment. As the camera zooms in, through the initial window to a closer shot of this new location, we witness a man attempting to hang himself, only to be saved by his (ex)girlfriend. Not only are we instantly gripped and eager to find out more, we’ve just been introduced to the film’s lead characters – Silje and Thomas (spoiler – their relationship isn’t going too well!).

The rest of the film follows Silje as she loyally sticks by Thomas’ side, even though they had broken-up before the failed suicide attempt. From hand-jobs to conversations, awkwardness is key to the effectiveness of Gregersen’s film and Dog Eat Dog is a deliciously uncomfortable watch. Despite the extremity of the situation, relatability is also a major factor in the success of this short. You can’t help but watch and think to yourself “what would I do in Silje’s shoes?”

“The film is a reflection about relationships in general, what constitutes a good relationship? How selfish are you allowed to be in a relationship? How much of your own happiness should to give up to please the other person?” Gregersen explains as she discusses her film with S/W.

“I truly believe that selfless people don’t really exist and that people in the end usually do what is best for themselves”, she adds. “This is what i wanted to portray in this film. The characters are not necessarily bad people, but they are in a situation where they are forced to reveal some of their less flattering characteristics”.

Dog Eat Dog is online for a limited time – so watch it while you can.
Dog Eat Dog on IMDB
LIKE TWEET