Elizier, an emotionally-dejected new enrollee at The Edward R. Mill School for Lost Boys, must overcome memories of a tragic past and the present hazing by his peers in order to tackle larger issues dominating his young life.
READ REVIEW
Next Previous 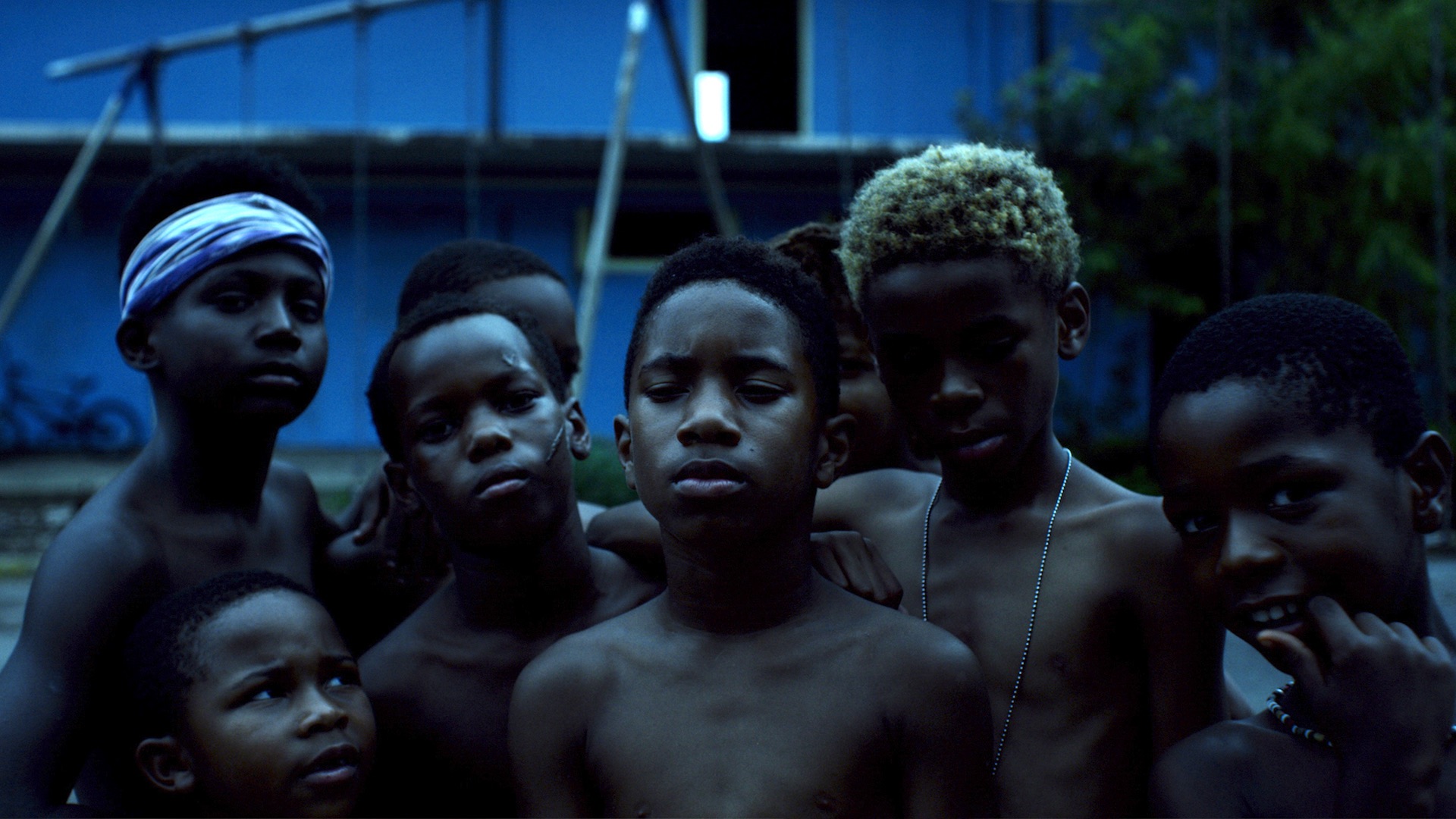 Typically, finding a great short film feels like a serendipitous discovery. It is the nature of a medium shaped by relatively “unproven” filmmakers that when the confluence of idea, talent, and (usually) meager means produces greatness, it is a joyful anomaly. While a great short often presages the arrival of a major new talent, this is usually only recognized in hindsight—the future stars that come from shorts are made, rather than received. The sheer improbability of a short film being great is reflected in the works themselves—while created with great effort and passion, they tend to be hedged-bets that exhibit a clarity of purpose and a freshness of vision, but also a certain modesty of ambition.

Rare therefore is the short film that aims to be capital-C “Cinema” with all the weighty connotations that term implies. Rarer still is a filmmaker who, in self-consciously pursuing greatness, has so primed the short film community in advance to receive it. Feathers and its writer/director, A.V. Rockwell are examples of these rarities—the film is a massive swing from a gifted storyteller whose rise has received support from such a procession of institutional gatekeepers that, at this point, her continued elevation to mainstream prominence now seems preordained.

That’s an immense burden for a film to bear, but with this recent online release the whole world can see that Feathers largely delivers on the hype. With formal complexity and sensuous lyricality, Feathers boldly dives into some of the rawest issues within American culture and explores them with astonishing grace. Described by Rockwell as an “allegorical love letter to black men like my father, brother, and nephews”, the film is a loosely plotted character study of Elizier, a young, emotionally-dejected boy who finds himself a new enrollee at a dilapidated school filled with other black boys. The school’s name invokes Peter Pan’s Neverland, and it functions as such—a slightly surreal fantasy-scape for Lost Boys to exist separate from society. It is clear that Elizier retains the weight of an unexplained trauma, and the film’s progression proposes how, removed from the context of his disenfranchisement within the larger American project—a culture whose disregard for his inherent worth necessitated the creation of #blacklivesmatter, he and the other boys can “figure it all out”, embarking on a path towards self-understanding and healing.

The film is one of the more celebrated short films of the last few years, with highlights including an $80,0000 Tribeca Institute/Chanel Through Her Lens program grant for its production, acquisition by Fox Searchlight in advance of its TIFF 2018 premiere, and high profile festival placements at Sundance and Telluride. Thus there is an unusual amount of good writing about the film online. I suggest Tambay Obenson’s piece in Indiewire for a deeper treatment of the themes and inspirations behind the short.

While the topicality of its message and its personal nature to Rockwell are what viewers are most likely to take away from the film, the quality of its filmmaking is an undeniable success too. Rockwell displays a coherence of vision across Feather’s visual and tonal texture that is precocious considering her status as an NYU student filmmaker (on a full scholarship, she took a leave of absence to make Feathers). She and her DP, Chris Soos, shoot the film almost claustrophobically tight in fascinating contrast to the wide open spaces of its setting. Yet far from yielding chaos, there is a balletic quality to movement within the frame that is also paradoxically receptive to improvisation and play. It’s a tricky balance, but is pulled off beautifully, allowing for authenticity to its performances, and which, paired with its stellar score and sound design, results in one of the most immersive short film experiences of recent memory.

Via this sense of presence, as well as its receptiveness to the natural world, and a lyrical surreality, the film, shot in New Orleans, evokes two other high profile films that deal with black experience in the American south, Beasts of the Southern Wild and Moonlight. Yet, while stylistic similarities can be felt, Feathers proves to be its own unique creation, attuning itself to wonder but staking out something a middle ground between the probing psychology of Jenkins’ film and the magical realism of Zeitlin’s. This balance of craft and storytelling simply accentuates the resonance of its powerful themes.

Already on a rocket-fueled career upswing based on her 2016 Alicia Key’s collaboration The Gospel, which secured her placement in both the Saatchi and Saatchi and SHOOT Magazine New Director Showcases, Feathers has only brightened Rockwell’s star. 2019 saw her debut a coveted Super Bowl commercial, make her television directing debut with an episode of the Lena Waithe-produced reboot series Boomerang, land a spot as one of Filmmaker Magazine’s 25 New Faces, and take part in the prestigious Sundance Writer and Director Labs. Will 2020 be as exciting for Rockwell and her growing fanbase? In writing to us she is non-commital, only saying that she is currently developing several feature-length projects, but “Yes” seems like a safe bet to us.