Through art, Carlotta overcomes a rare brain condition that prevents her from recognizing faces.
READ REVIEW
Next Previous 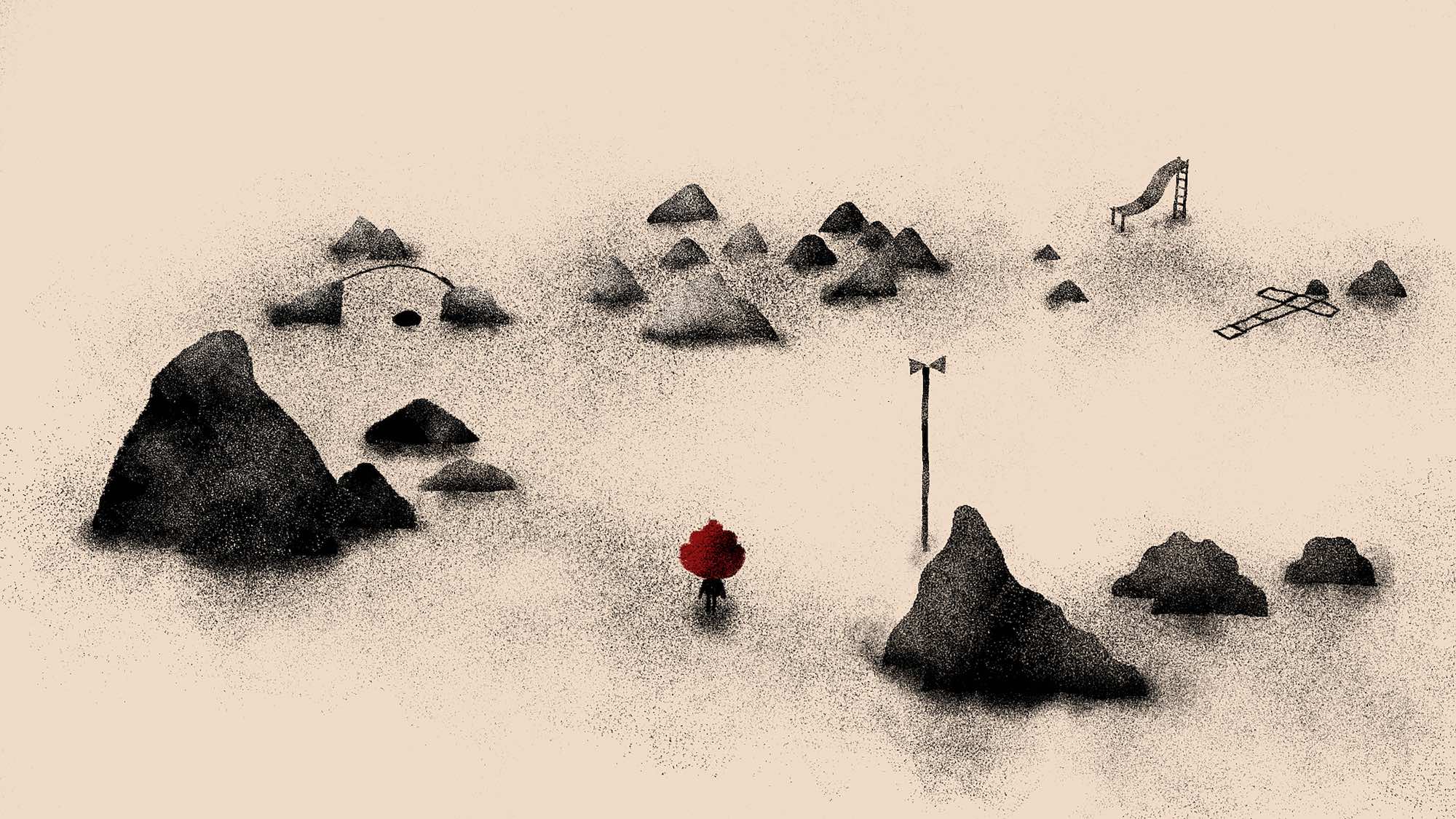 The human brain is a wonderful thing, but there is still so much about it we don’t understand. Until watching animated documentary Carlotta’s Face, I had never even heard of Prosopagnosia (also known as face blindness), let alone begun to think about what it means for those living with it. Created by neuroscientist Valentin Riedl and animator/director Frédéric Schuld (one-half of Fabian&Fred), this five-minute short is a sensitive portrayal of a woman (the titular Carlotta) suffering from this cognitive disorder, that attempts to immerse the audience in her unique perspective, in the hope of raising awareness of how we all perceive the world differently.

Alienated at school, where even the teachers bullied her, Carlotta grew up not expecting the people around her to have faces. She couldn’t even recognize her own face in the mirror. It was only years later that she would learn about the rare, untreatable deficit of her brain and find a way to start understanding her unique perspective of the world. After reading in a book that you could draw self portraits by touching your own face, Carlotta turned to art as a way to finally recognize herself.

Attracted to Carlotta’s story after one of her self-portraits caught his attention at a local art gallery in Munich, Riedl admits that his experiences with the film’s subject have “tremendously broadened” his knowledge of the brain. “Carlotta’s story better communicates the complexity of human brain function than any research paper”, he explains. “She describes with sincereness, how small deviations in perception can lead to social isolation and lack of understanding from others – just because we assume that everybody has the same view of the world”.

With around 1% of the world’s population suffering from face blindness, Riedl describes his scientific work as aiming to “uncover the mysteries of human brain function” and is attracted to the world of film because of its endless possibilities. Teaming up with Schuld as he believed an animated short would “raise more attention about this brain deficit than a regular scientific article”, the accessibility of the form should help share these important scientific findings to a much broader audience.

Inspired by Carlotta’s self-portraits, Schuld created an aesthetic that looked to translate her own unique perception of the world to screen. Employing a limited colour palette, the animator creates a style that captures the confusing process that occurred in Carlotta’s brain when struggling to understanding her world, without ever feeling like it was dumbing it down or making things too basic. Visually, I can’t think of a better way to tell her story.

Having first seen Carlotta’s Face at the 2018 Manchester Animation Festival, Riedl and Shuld’s short has clocked up over 200 screenings on the festival circuit over the last 18-months. With its inspiring, insightful story, impressive style and tight run-time, it feels like the perfect film for an online audience and we couldn’t be happier premiering it on Short of the Week today.

Riedl and Schuld are now working on turning Carlotta’s story into a feature length titled Lost in Face – you can follow the progress of the film over on their official website.