Kim and Marlon were best friends, despite the fact that they had never met IRL. Before Marlon died, he sent Kim a message saying he had something important to tell her. To find out what it was, and get a deeper sense of her friend, she travels to his funeral.
READ REVIEW
Next Previous 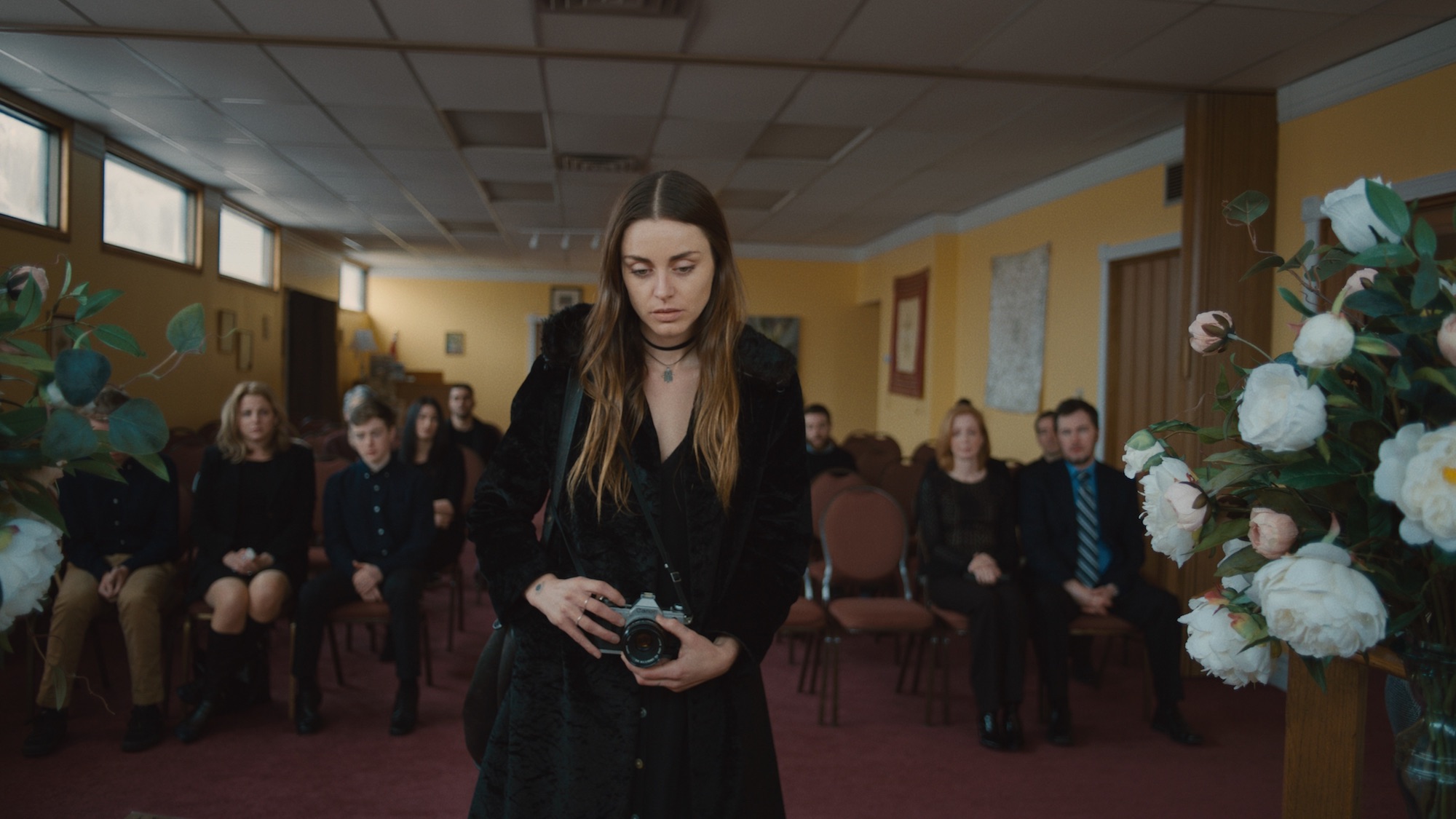 Dot dot dot…those three periods that appear at the bottom of a message chain and then disappear without changing into words, will drive you crazy. What was going to be written? Why wasn’t it sent? This is the situation Kim confronts in Charles Wahl’s aptly-titled SXSW short, Little Grey Bubbles. Marlon, one of Kim’s best friends, was about to write her something but got distracted and was never able to hit send before suddenly passing away. Writer/director Wahl uses this premise to explore a new kind of friendship, brought by the digital era, and what happens when it’s forced to escape the cloud and becomes IRL.

Fascinated by online relationships, Wahl wanted to dig deeper into the bond that can form between two people that had never even heard each other’s voices, let alone met. How genuine can these relationships be? Are they as valid as more traditional friendships in the eyes of others? Wahl tackles these topical questions by awkwardly situating Kim at Marlon’s funeral, forcing her, in a way, to stand trial against Marlon’s family and acquaintances in order to defend the legitimacy of the connection she and her online friend shared.

Despite the clarity of the premise, the film is largely a subtle character portrait, and thus Wahl’s priority in making Little Grey Bubbles was to achieve authenticity. The awkwardness of the situation, enhanced by the pain of the grieving process, needed to translate into a palpable tension on screen, and Wahl takes great pains to cultivate this—to ensure a genuine feeling of being an outsider, Wahl cast Kaelen Ohm for the main role of Kim, knowing that she was based in Toronto, while filming took place in Nova Scotia with the rest of the cast and crew. The director even went as far as flying Ohm in at the latest possible time prior to her being needed on set, to naturally mirror the character’s disconnection from Marlon’s community.

As for the rest of the craft, Wahl employs a raw but cinematic style to shooting, using vintage lenses with only practical and natural lighting. Nothing feels artificial and the lack of music throughout only adds to the isolating feeling Kim’s character (and we as the audience, along with her) encounter. While Ohm successfully navigates all the confusion, nuances of grief and plethora of emotions of her character, this carefully considered production serves the narrative by creating an effective atmosphere that allows the audience to get emotionally engaged, without feeling pushed to do so.

Ahead of its online premiere, Little Grey Bubbles hit the festival circuit earlier this year with many notable stops including SXSW and the Palm Springs ShortFest. Wahl is already working on what seems to be an exciting new short film, The Mohel, dealing with holding on to religion and tradition in the modern world. He also has two feature length projects at various stages of development.