As Floyd sits trying to process the disappearance of his cult obsessed wife, a moth burrows his way into his ear, setting off a series of visions and the adventure of his life. Pushed over the edge and past his breaking point, he’s compelled to run headlong into the unknown.
READ REVIEW
Next Previous 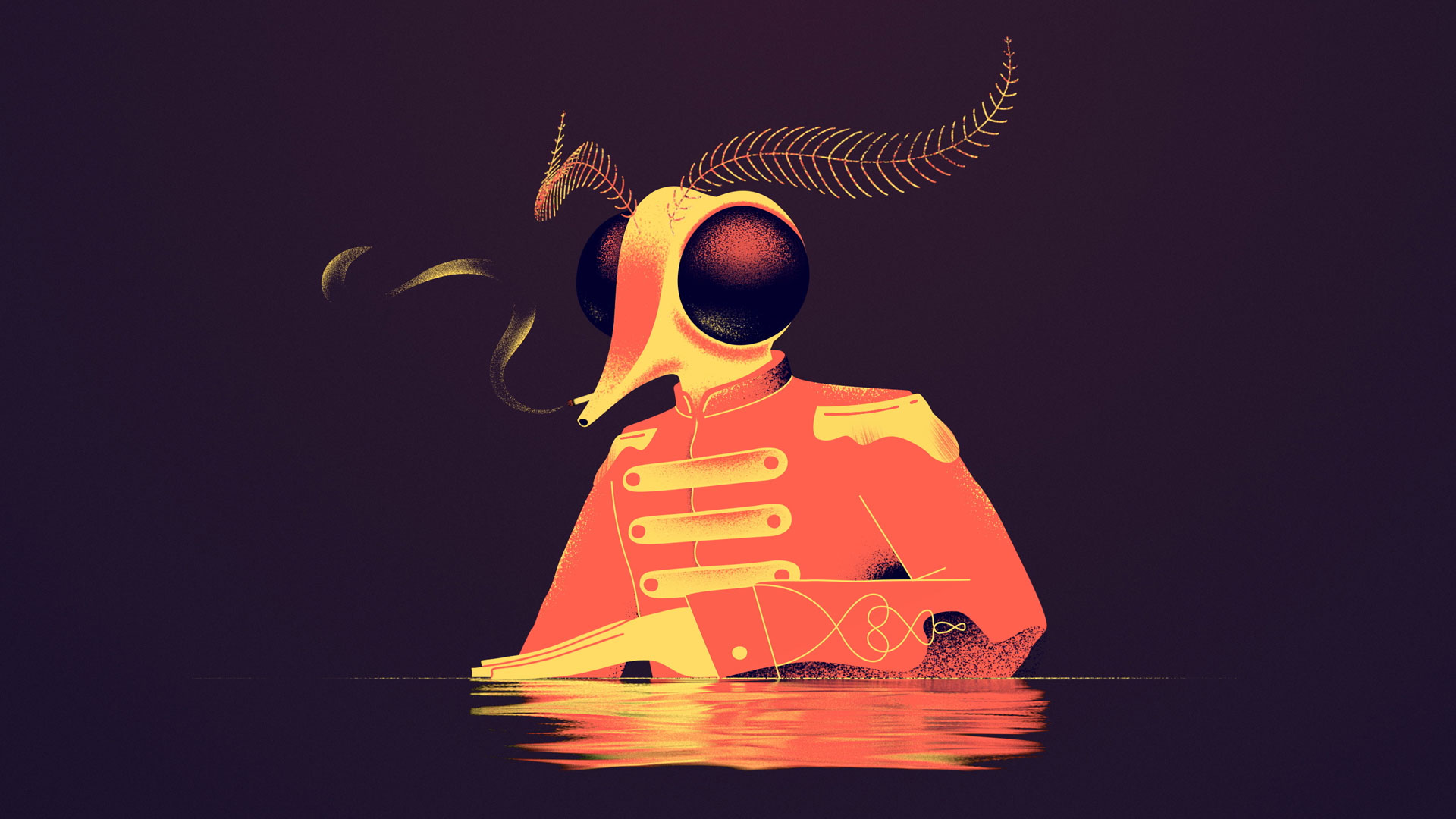 It’s exciting to see creative studios evolve. As a DC motion designer, I’ve been a huge fan of the work of Hue&Cry, a Richmond based design and animation studio, for years now. In turn, it’s a great pleasure to feature Into The Flame, a stylish experimental animation that is fittingly about transformation. And, for Hue&Cry, which is rapidly growing into one of the premiere animation houses in the mid-Atlantic, it beautifully shows what can be created when no longer tied to the restraints of a corporate client’s brief. It’s a piece that feels like a flurry of contrasts: it’s abstract, but not alienating. Its color palette is simple, but its design is deceptively complex. It’s narratively ambiguous, but emotionally specific. These visual and aesthetic contradictions work both together and against one another to formulate an engrossing, poetic cinematic experience.

Trying to decipher Into the Flame on a basic story level is a somewhat futile endeavor. Personally, I tend to steer clear of experimental animation because I’m the kind of basic viewer who just wants to “get it.” And, while I’d be lying if I said I completely understood this film, I simply became lost it in: the tone, the hints of regret, obsession, and madness. And, of course, it’s hard not to be transfixed by the way the film folds together cult and surreal imagery. It’s Kafkaesque in every sense of the word.

Visually, it’s stunning. It seems a simple note, but I’m in love with this film’s color palette. Muted purples, yellows, and orangish-reds. To compliment the strong color and design work, the animation itself is a combination of cell and 3D. The result is visually distinct. And, with Hue&Cry’s branded work portfolio as the background, it just might be the coolest mo-graph explainer video you have never seen.

Into the Flame grew out of a small internal studio project. At the time, writer and director Sean McClintock’s life and the studio itself were in the midst of major transitions. Hue&Cry was splitting from their parent company and becoming fully independent and, so, Sean and his wife had just relocated to Richmond, Virginia from New York. What started as brief, personal poetic statement about the nature of major transitions expanded to something larger and more complex.

Into the Flame is a stunning technical achievement, marrying striking design work with an undeniably intoxicating cinematic mood. It’s not a film that can be solved so much as it’s one that is mean to be experienced. And, boy, what an experience it is!

Be sure to learn more about the film’s creation via this BTS process breakdown.