An intimate experimental documentary exploring and examining a female necrophile, as she journeys and recounts her life experiences.
READ REVIEW
Next Previous 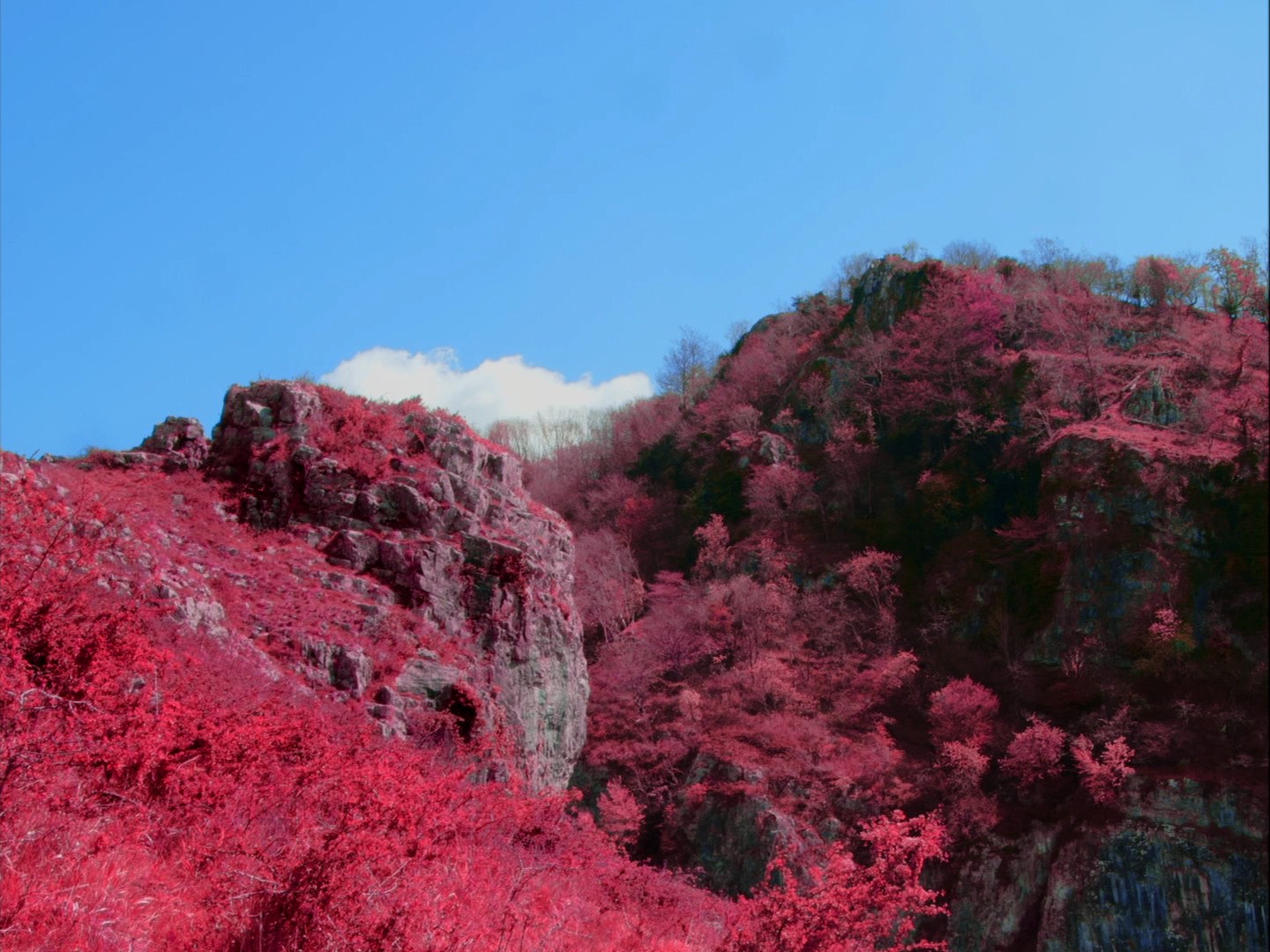 The opening lines of narration in Natasha Austin-Green’s unique short documentary Dead. Tissue. Love instantly intrigue— “I think, it kind of planted this little seed in my mind and I started thinking, I wonder what that’s like, what type of people do that”. Planting its own seed, these admissions from our unseen narrator perfectly set the scene for what is about to come—a frank and open revelation about a forbidden sexuality and desire. If you’d have told me at the start of the 2019, one of my favourite films we’d feature on S/W this year would be an experimental doc about a female necrophile, I wouldn’t have believed you!

Setting out to examine “how immense the loneliness and the isolation would be if a person’s sexuality was deemed to be repugnant and grotesque by society”, if the idea of a necrophile detailing their impulses and urges on camera makes your skin crawl, prepare to be pleasantly surprised. This isn’t a film designed to shock or disgust, it’s a surprisingly gentle and relatable doc, intent on showing the human side to something many would deem “unimaginable”.

“Dead. Tissue. Love wasn’t made with great achievements in mind”, Austin-Green reveals as we discuss what she was hoping to achieve by making her film. “It was rather made out of the desire to say something different and to make a film that goes against tradition and convention. I wanted to dedicate my final year at film school to this endeavour”.

Creating a film about necrophilia raised some interesting challenges when it came to production. Firstly, how would you go about finding the subjects to be interviewed for the film? Secondly, how would you bring their thoughts and feelings to the screen, visually?

The interviewees were sourced through the director reaching out to contacts and following leads until she found the right person to talk to. “Through speaking to a journalist from Vice, I was able to get in contact with a forensic toxicologist in New Delhi, who wrote the ten classifications of necrophilia”, she explains. “He was able to pass my details to a person he came across in his research. Within a few days, I’d heard back from my first subject. A couple of weeks later I found my second subject on Reddit after getting quite a few strange messages in my inbox”.

Taking these interviews and editing them down into a script with Producer Joe Argent, Austin-Green was able to construct a story that intertwined the answers from her two subjects, into a narrative that came from one character. This script was then narrated by Afsaneh Dehrouyeh, the visuals were added, along with some extra sound design (which really adds an extra dimension to the film), and the film we see today was formed.

Visually, the film combines black and white imagery, shot in a studio, with colour-graded infrared footage that was filmed on location in the Forest of Dean and Cheddar Gorge (UK). The contrast in imagery (colour and subject) is interesting enough, without taking into account the extra depth the narration and sound design add. Dead. Tissue. Love is an assured, complex piece of filmmaking and it’s hard not to be anything but impressed. You may enter the film expecting to be shocking or unnerved, but you leave with thoughts provoked and preconceptions shattered.

Now working on a new short film called Mödar Natal, Natasha hopes to “tear away the societal veil that shrouds motherhood with a rose-tinted view” in her latest experimental doc. With Dead. Tissue. Love set to be firmly lodged in our memory-banks for the foreseeable future, we’re eager to see what this obviously talented filmmaker can conjure up next.