Humankind narrowly avoided an apocalyptic event but some of those who survived struggle to move on after their horrific losses.
READ REVIEW
Next Previous 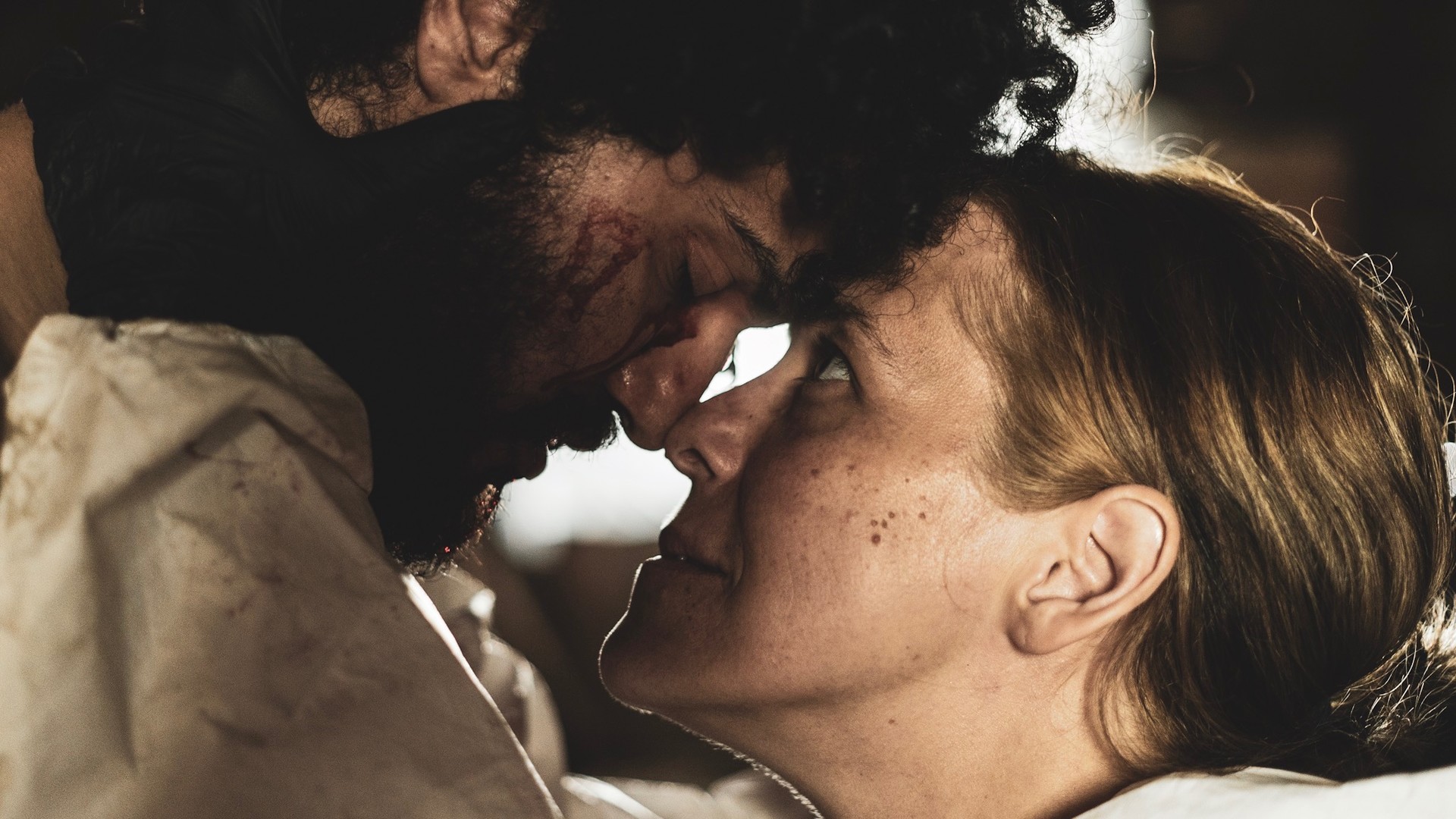 A literal head trip of a horror, Jon Rhoads and Mile Marrero’s zombie flick Riley Was Here is a reminder that grief can be a much greater sickness than any supernatural pandemic. After humankind narrowly overcomes an apocalyptic event, two traumatized strangers partake in a dangerous ritual to cope with their loss. A wonderfully refreshing take on an otherwise overdone premise, you’ll be struck by how human and vulnerable this film will make you feel.

As ‘Junior’, played by Julio Trinidad, rolls around on a child’s bed in nothing but his underwear as a woman dressed in a white hazmat suit watches, you might be wondering where this story is going. Yet as the scene plays out in an uncanny way, you will be mystified even more as you catch on to the familiarity of the scenario.

Rhoads’ inspiration for Riley Was Here came when his sister told him that she had to bring her homeschooled children to a “sick house” in order to get chicken pox. Since the children weren’t in schools they had to be intentional about when they would expose them to germs and viruses. The four little girls were taken to a house where a child had symptoms and were told to roll around in their sheets in the hopes of contracting the virus so they didn’t have bigger problems as adults. Rhoads immediately thought, “What if we did this with zombies?”

Rhoads and Marrero’s film starts long after a zombie virus has come and gone, yet the scars remain for many. For ‘Junior’ it wasn’t about building up an immunity to a zombie virus like the children in the chicken pox story, but rather a way to understand the virus’ effects so that he could forgive and move on. Riley Was Here explores the lengths people will go to cope with loss, even if they are inherently destructive. Forcing you to experience empathy and dread in a truly surreal fashion, you’ll appreciate how people can deal with the same tragedy in entirely different ways, and on an epic scale. Between the strange techniques used to understand the pain of survivor’s guilt, the characters in Riley Was Here will take you on an emotional rollercoaster that will leave your heart racing long after the credits stop rolling.

Shot over the course of two days in a very hot, old house in Key West that happened to be owned by renowned eccentric bohemian artist Henry Faulkner, the crew embraced the atmosphere and the home’s colorful history as they themselves got “weird” on set, echoing the film’s darkly comical reminder.

Riley Was Here played at the Fantasia International Film Festival, Fantastic Fest, the Telluride Horror Show, and a slew of other wicked genre fests. Rhoads and Marrero are developing a feature version that will expand the world and the magnitude of those affected in the story. They also plan to shoot another short that further explores loss and we hope to see it soon!