In the bleak winter landscape of Denmark, two social workers find a young woman, alone in the woods. But there is something troubling about her…
READ REVIEW
Next Previous 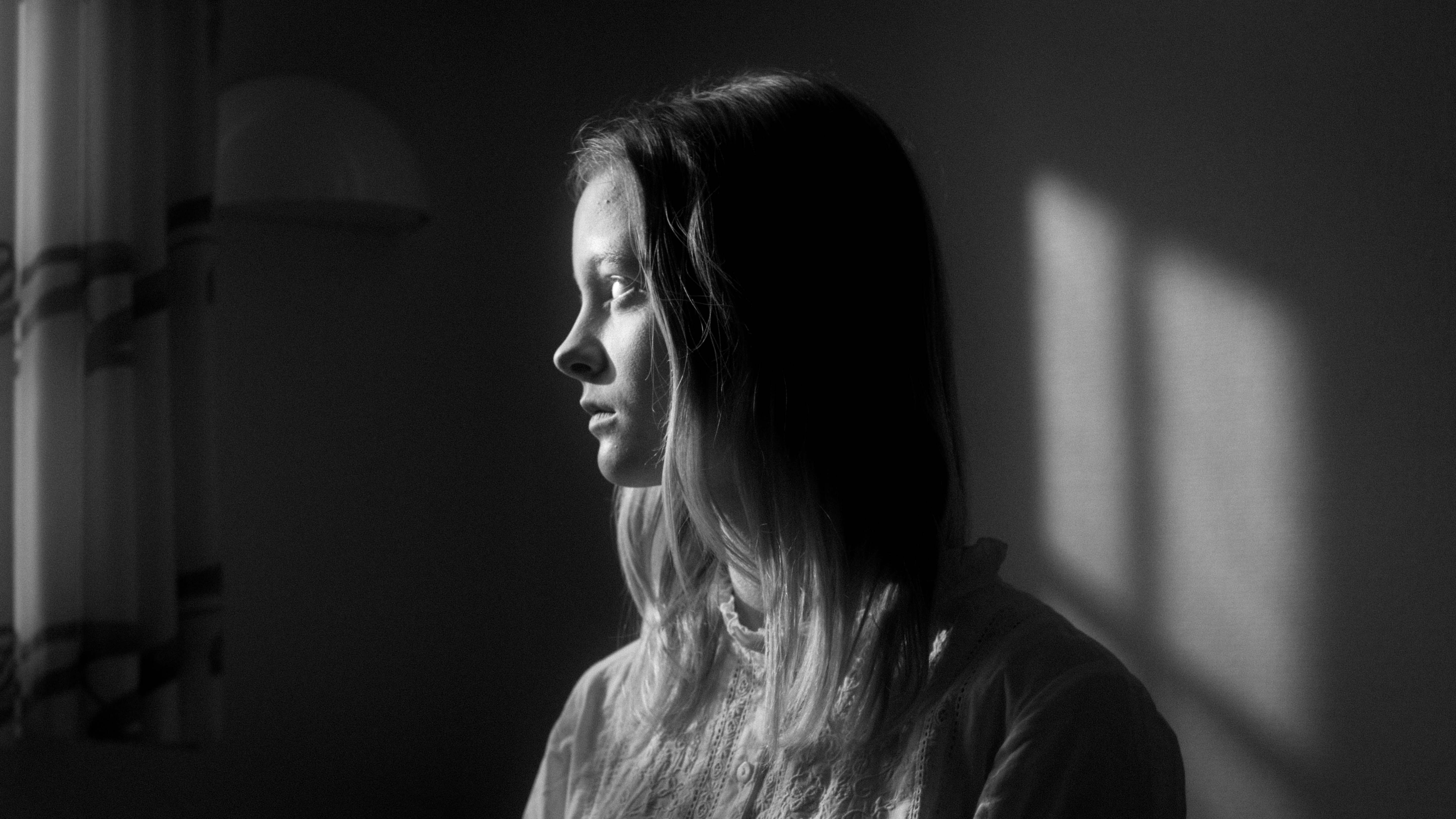 Can a short succeed purely on mood alone? In the world of shorts, where abbreviated runtimes often serve as a playground for concept and tone rather than developed narratives, it’s a question the Short of the Week team ruminates on quite a bit. After all, what’s the goal of a short? A satisfying meal? Or, just a stylistic amuse-bouche for something “more”?

Admittedly, I’m more of a “satisfied meal” sort of curator, but that’s only because my OCD brain is intrinsically wired to appreciate something when the pieces all come together. In that respect, my enjoyment of The Mare, a very moody, very stylish Danish suspense horror film from director Casper Rudolf Emil Kjeldsen surprised even myself. After all, it feels like something tailor-made to pick at all my personal pet peeves: slow, back and white, and oh so sparse. But, despite my reservations, it’s hard to deny how just damn atmospheric this piece is. And, really, what is short horror other than an opportunity to explore atmosphere?

Suffice it to say, The Mare is one of the most technically well-crafted suspense horror shorts I”ve watched in recent memory. Purely in terms of camera craft, this is next-level: amazing locations, shot compositions, and stunning lighting. Outdoor or indoor, it all feels so oppressively moody and palpable. As the barrier to shoot something that looks “good” continues to lower, The Mare’s visual excellence is even more of an accomplishment. Nowadays, rarely do you watch a short and just go “wow” based on the visuals.

This is balanced by a very deliberate and controlled sense of pace. Granted, I realize those terms are often euphemisms for “boring,” but I was quite sucked-in here. Making a horror film that captures this balance of tension and atmosphere is no easy feat, especially as the genre is a minefield of potential clichés. And, yes, The Mare isn’t wholly original (e.g. the creepy girl in the woods, the predatory religious figure, etc.), but it never devolves into the expected jump scares or creature “boo” moments that are so commonly seen in the horror short landscape. The simplest set-pieces are often the most gripping—the sign-language scene is a perfect example of how the film can unsettle the viewer in an unexpected way.

Unfortunately, the film doesn’t quite escape all the pitfalls of genre horror. For one, the ending is unsatisfying and the climax is viscerally gory in a way that feels at odds with its moody start. But, endings are tough…especially horror endings, as the reveal of the true monster—whether supernatural or not—is never as satisfying as the tonal build-up. You could argue the film is addressing abuse and female retribution, but those larger societal themes are only hinted at. It seems, though, that the ambiguity of story and focus on slow-burn style was always intentional for Kjeldsen.

As he writes to short of the week,

“As the writer/director what initially inspired the film was wanting to dwell into the shared stories of Nordic folklore. All the old creatures that we used to tell stories about (and still do) were all things that existed in the shadows of the forests, lakes or homes. Always wanting to lure people into their world. I felt that these stories tapped into a generalized anxiety of what we don’t know and can’t see. A fear of ‘the others’ that aren’t part of our society. I felt that this interpretation was worth putting into a modern context – asking ‘what do we fear’, both as a society but also on a personal level.”

For those who like their horror more Bergman than Raimi, this Halloween, The Mare is the perfect film for you.