WINNER OF A 2019 STUDENT ACADEMY AWARD: A transwoman mechanic lives between running her family’s auto shop during the day and expressing her femininity at night, until an unforeseen event threatens the balance of her compartmentalized life.
READ REVIEW
Next Previous 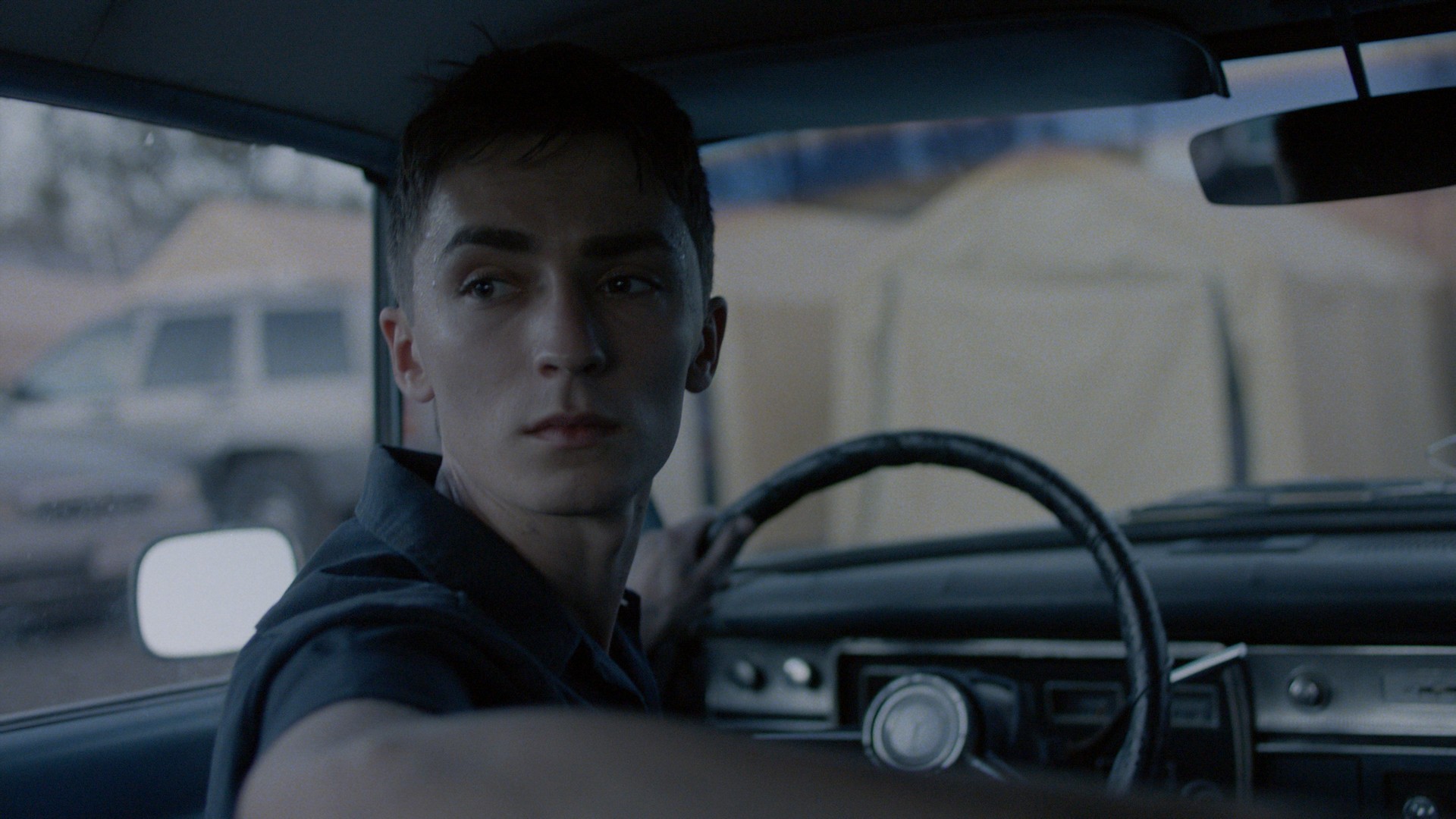 Ryan is a very talented mechanic who works for the family-run auto shop. In continuing the family tradition, honoring the work, and respecting dad, Ryan is, in many ways, a model son. Auto work is in Ryan’s blood, but it is only when Ryan is off the clock that she is free to express another part of her identity. In Miller & Son, writer/director Asher Jelinsky tracks the emotional journey of their main character as her tightly compartmentalized world blows up and previously separate facets of her life collide. With stellar craft that perfectly complements the tone and realism of the film, Ryan’s story is not only moving, it might also feel more relatable than expected.

As a genderqueer filmmaker, it comes as no surprise that Jelinsky would pen an authentic and multi-dimensional character. The fact that the main character is trans is not the main focus of the film however. Gender identity is not the conflict of the film per se, Jelinsky wanted to explore another aspect of their character’s life: the feeling of compartmentalization.

Ryan’s situation is very specific, but familiar – the compromises she makes of herself through the desire to fit in and to protect herself are universal themes. That she temporarily achieves this by strictly separating these aspects of herself is a powerful and poignant coping mechanism. This balance proves difficult to preserve, and what happens when this regulated division collapses is the film’s true source of drama.

As soon as the film begins, we are introduced to Ryan at the auto shop, and we get to spend time with her in that universe. We discover her, how much she enjoys that side of her life, the work and the bond with her father. The cinematography and production values adding the sense of realism throughout the film. Serendipitously, the auto shop where they shot is actually owned by a transwoman who became the mechanic consultant on set.

Throughout the short, a certain atmosphere is created for Ryan’s work life. When she gets to truly be herself at night, out with her friend Lucy (Transparent fans might have recognized Alexandra Grey), the visual aesthetic of the film changes and so does the aspect ratio making it feel more free as she lets loose. When the two worlds collide, the film’s biggest conflict is internal, with no overly dramatic confrontation, Jelinsky opting for a deeper emotional journey rather than an (unfortunately) more predictable outcome.

Ryan is portrayed by Jesse James Keitel, and I could not praise this film without singling out their performance. The wide array of emotions Ryan experiences, every single nuance hits home thanks to Keitel, who also contributes to making the film’s themes feel universal. The scene when Ryan goes back to work is a testament to Keitel’s acting chops, going through all these different stages of internal freak out. And the last lines exchanged between Ryan and her father simply can’t leave your eyes dry and wrap the film in a compelling, realistic and emotional way.

Miller & Son premiered in Clermont Ferrand earlier this year, which was followed by selections at the Palm Springs ShortFest, SIFF and BFI London. The short has gone onto win two major prizes; the BAFTA Student Film Award and the Student Academy Award (qualifying for the 2020 Academy Awards). Jelinsky already has two new projects in development, a first feature dealing with a transgender love story and a sci-fi series about the relationship between humans and the environment.