Girl in the Hallway

Why does 'Little Red Riding Hood' give Jamie nightmares? It's been 15 years, and the girl in the hallway haunts him still in this nightmarish mixed-media animation based the recounting of a true crime.
READ REVIEW
Next Previous

Girl in the Hallway 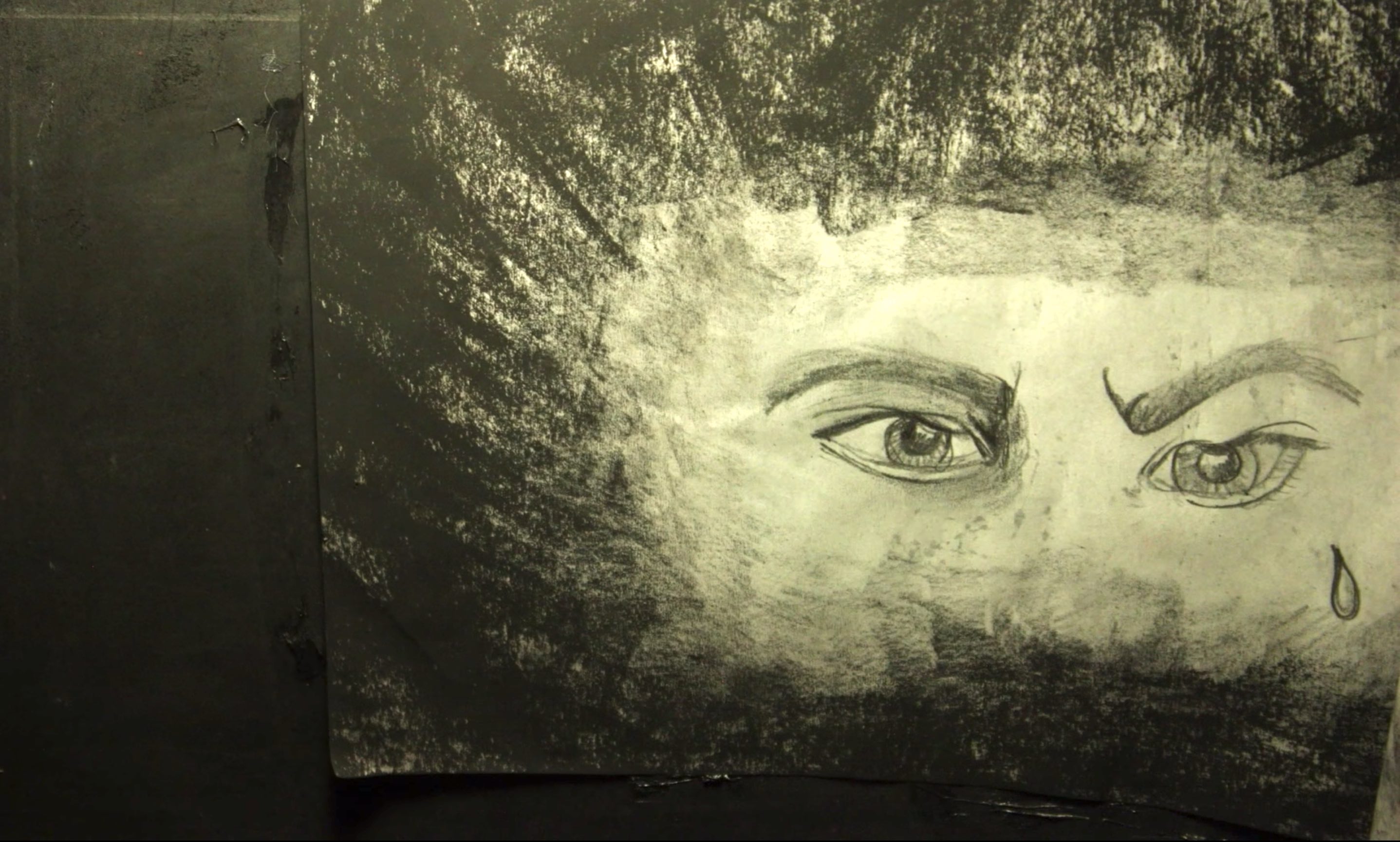 There is one bedtime story Jamie cannot bring himself to tell his daughter. The tale of  Little Red Riding Hood has been haunting him for fifteen years, because “Not all girls make it out of the forest”. In Valerie Barnhart’s animated short Girl in the Hallway, writer/poet Jamie DeWolf shares the personal story of the disappearance of his neighbor Xiana Fairchild. With a style that perfectly matches the bleak tone of the events, Barnhart moves the audience while making us reflect on the fact that silence and inaction are a passive form of violence.

Barnhart, an established visual artist, was not an animator before embarking on the three year production of this film. Hearing Jamie’s story struck a chord and with only the images in her head and the power of the story, she started teaching herself how to animate. Using charcoal, conté, pastel, and graphite on black paper and newspaper, she created every single one of the 5,899 frames chronologically, having to destroy them as she went to move on to the next one.

Choosing to use a live recording of DeWolf’s story brings an authenticity to the experience, his voice changing as the story goes on, adding an extra level of emotional engagement to the film. Listening to him recounting the events we feel complicit. The complex situation he found himself in is extremely relatable, or at the very least, easy to understand on an emotional level.

The animation is also quite remarkable in how it nails the atmosphere of the story, Jamie’s character and every single thing he describes. It’s also perfectly-paced, ensuring we truly feel the tension and anxiety of this tragic event.

The choice to dress Xiana Fairchild’s character in a red dress is a symbol designed to represent all the Indigenous women and girls who have been failed by the authorities, when investigating their disappearance or murder. Just like Little Red Riding Hood they are being hunted by wolves.

Girl in the Hallway had its online premiere as the 2019 Vimeo Staff Pick Award at the Ottawa International Animation Festival, following a successful festival run with notable stops at ShortFest, Fantasia and Annecy. “The only thing that limits you in animation is your artistry”, says Barnhart and with this newly acquired skillset, we can’t wait to see where her imagination will take her next.