A teenager is forced to mature in a savage world ruled by a god whale, in this short animation inspired by classic genre comics.
READ REVIEW
Next Previous 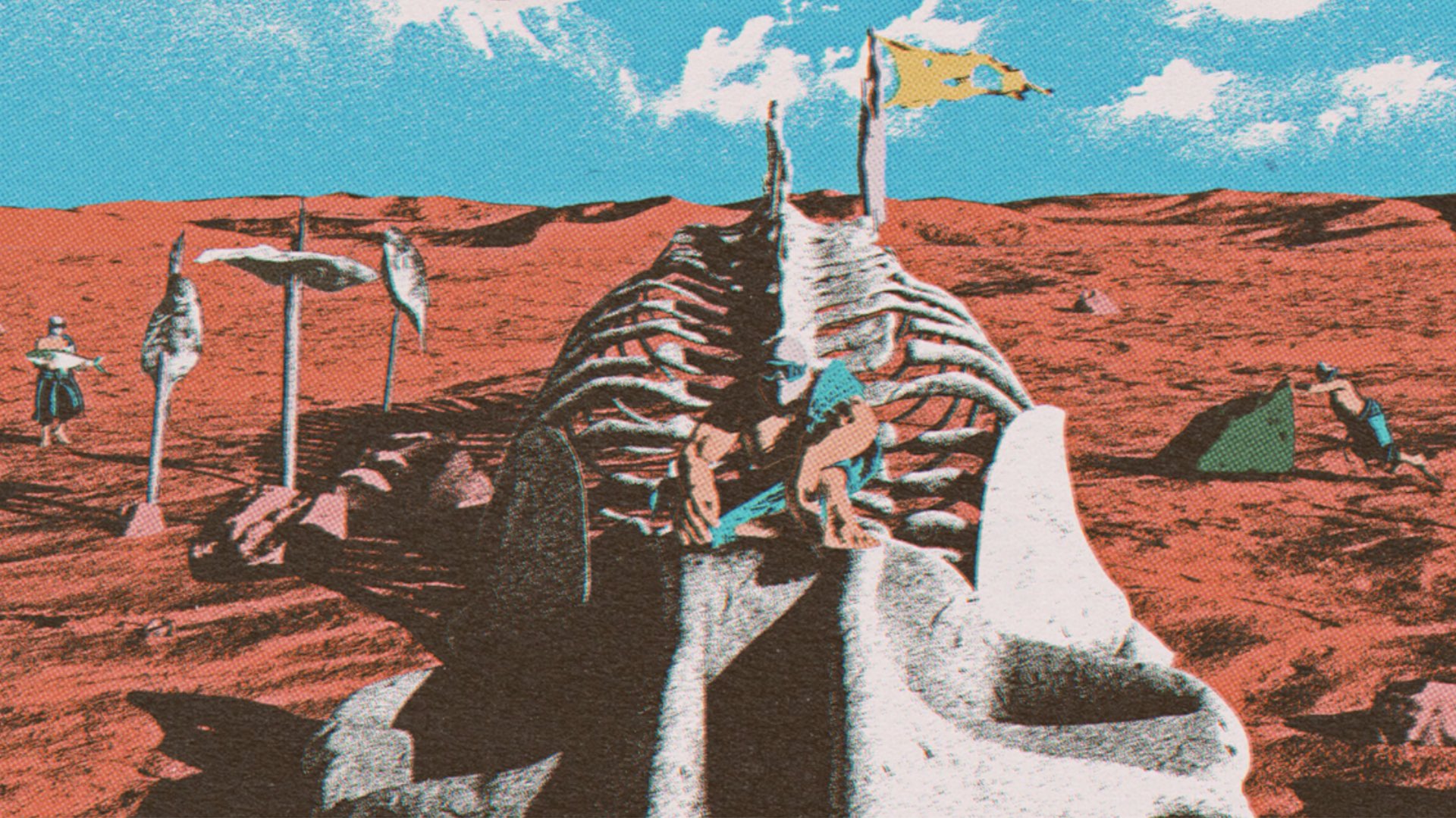 BHOY doesn’t innovate too much with its story—at its core it’s a classic of the “rites of manhood” genre. You’ve seen this story before, it’s usually just a rural boy shooting his first deer, not hunting…flying fish? Ones that float above a desert, trailing in the wake of a giant god-whale!?

The film is a simple transposition of a timeless story to a kickass fantasy setting, but, after the punishing 25 min experience of yesterday’s short, Brotherhood, maybe you, like us, are ready to chill out with a quickie exercise in style—and style is something BHOY has in abundance.

From multi-time Staff Picked director Antoni Sendra, a Spanish artist who works under the moniker PODENCO, BHOY is a visually lush adventure story that feels as though it is from a bygone age. While its antecedents are readily apparent, drawing upon the heyday of pulp genre mags like “Heavy Metal”, or Spain’s “el Totem”,  it is extraordinarily fun and unique to see it in motion. This short animation is like some weird artifact of the 70’s come to life, hewing so faithfully to the underground comic traditions of weird worlds, muscle-bound characters, and halftone printing, that you can almost smell the cheap paper.

Inspired by his love for the stories of his youth, PODENCO devised a workflow that allowed him to mimic the look of these classic sources. Primarily a mixed-media artist in 2D, it was experiments he undertook in 3D that unlocked the technique, as he crafted the environs in Cinema 4D, and utilized motion-capture libraries for the characters, before importing into After Effects to add the vintage layers. Finally, a bit of hand-drawn animation on top gives it just the right amount of tactile imperfection to complete the look.

A gifted visualist whom has been celebrated in the Vimeo community for his fast paced and stylish work for editorial outlets like Vox, it’s very cool to see PODENCO take fledgling steps into narrative storytelling, while still staying true to, and even innovating upon, his distinctive style. Enjoy BHOY for now, next up for Antoni is a foray into live-action with a new short, currently titled Outside is Free.