In an upside-down reality where humans live alongside monsters, Martha, a 20-something furry, must learn to hold her own in the scariest environment on earth - a modern metropolitan city.
READ REVIEW
Next Previous 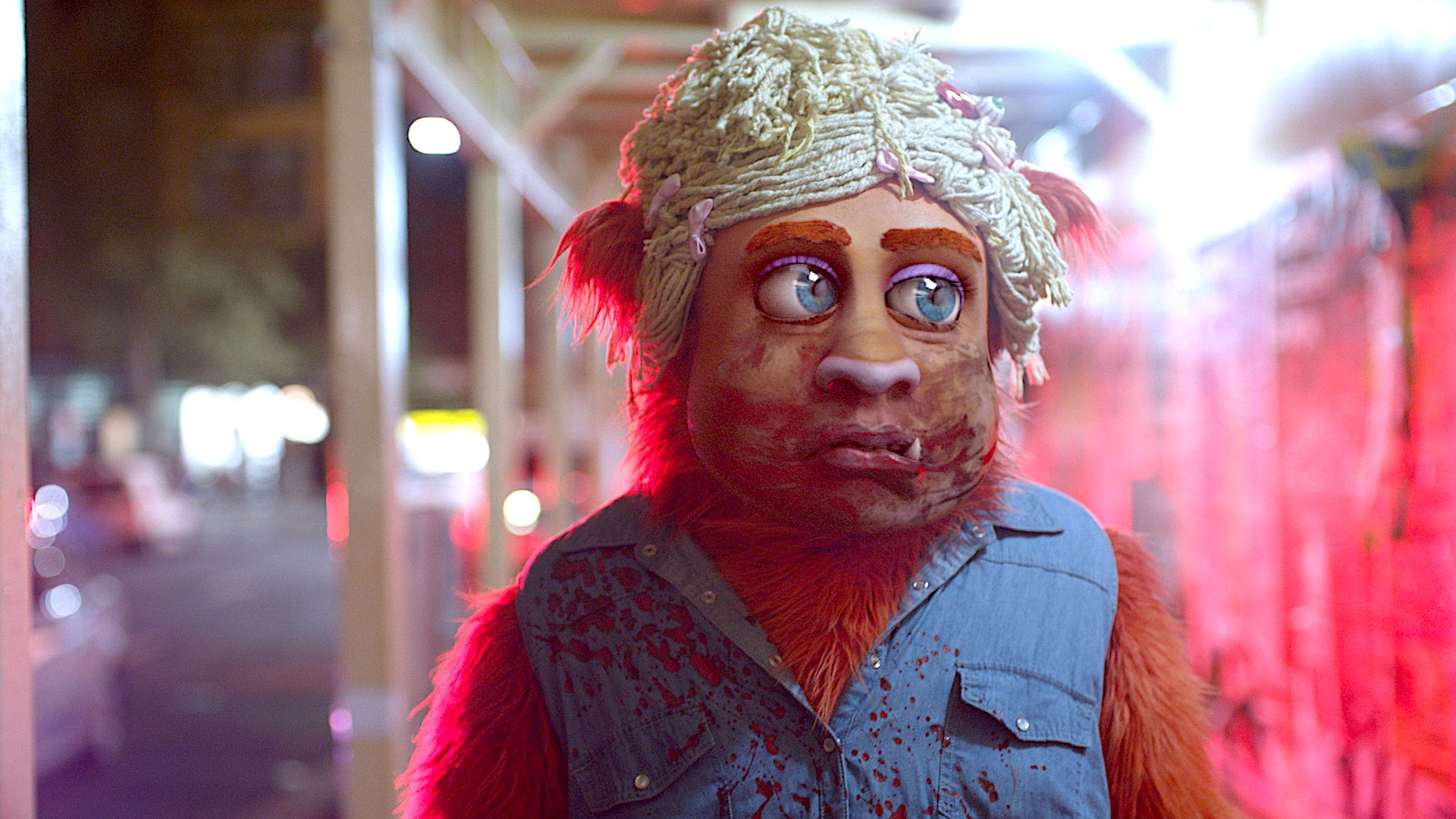 Don’t judge a film by its thumbnail. Despite the cuddly, giant monster, this is no fluffy Sesame Street remake. Directed by Christopher Weekes and starring Rose Byrne (Bridesmaids, Insidious, X-Men Apocalypse) and Bobby Cannavale (I, Tonya, Ant Man), Martha the Monster is a light tale with a weighty message, exploring themes of identity, discrimination and self acceptance. With intricate puppets and VFX so good they’re practically invisible, the 15 minute short is also one of the most impressive productions we, at S/W, have seen in a while. Martha the Monster will take your inner child on an unforgettable ride, leaving you misty-eyed and warm and fuzzy inside.

Martha, a polite, orange-furred creature, is having an identity crisis. Living in a segregated community with her kind, she is unable to fit in either as monster or human, and all of her desperate attempts to be accepted are met with ridicule and cruelty. One fateful day, however, her whole outlook on life changes when Martha meets Kevin, a proud monster who’s not afraid to show the world exactly what he is—horns and all. You don’t have to be a genius to spot the symbolism in the film. When Martha is up on stage she is met with a rowdy crowd of middle aged men shouting “show us your horns.”

In Weeke’s world, monsters are considered an inferior race, cast away from humans. They are not allowed to drink alcohol or sit on the bus—an obvious nod to the United States’ past racist policies. However, the symbolism never gets too heavy-handed, nor does it swamp the emotion, thanks to the talented team in and behind the film. The voice cast is a knockout combo of Rose Byrne’s natural, softly-spoken delivery and her real life partner Bobby Cannavale, whose husky and seductive voice perfectly matches Kevin’s boastful character. The puppets are expertly made and the digital face work so subtle you might miss it entirely, but so effective you never question the monsters’ physical reality.

When we quizzed Weekes about the film’s style, he explained:

“I was massively inspired by the work of Spike Jonze, and was really drawn to the idea of a fun, colourful way of exploring what it’s like to blend in within a big city when you’re so obviously built to stand out. I had several years background in VFX before becoming a screenwriter, and really wanted to use this film to give life to monster suits in a way we haven’t seen on screen before. By blending a mix of facial capture with traditional puppet techniques, the hope was to use a little of the old and a little of the new to make these fantastical characters seem truly alive.”

The film completely absorbs the audience but also leaves plenty of elbow room for the imagination, precisely because Martha’s world is so real, despite it being inhabited by fantastical creatures. It’s an unjust and cruel world, driven by fear and prejudice. Sound familiar? But I love that its takeaway is a positive one, championing self acceptance, compassion and kindness. If these monsters can do it, surely there’s hope for us too…

Weekes is currently working on an adaptation of Craig Thompson’s BLANKETS for Screen Arcade and an animated musical for Village Roadshow. There’ve also been ongoing discussions about the possibilities of reuniting the cast and crew to turn MARTHA THE MONSTER into a television series.