Why is a Metalhead singing Old MacDonald on the side of a rural highway? A surreal scene turns into an engaging mystery in this celebrated single-take short.
READ REVIEW
Next Previous 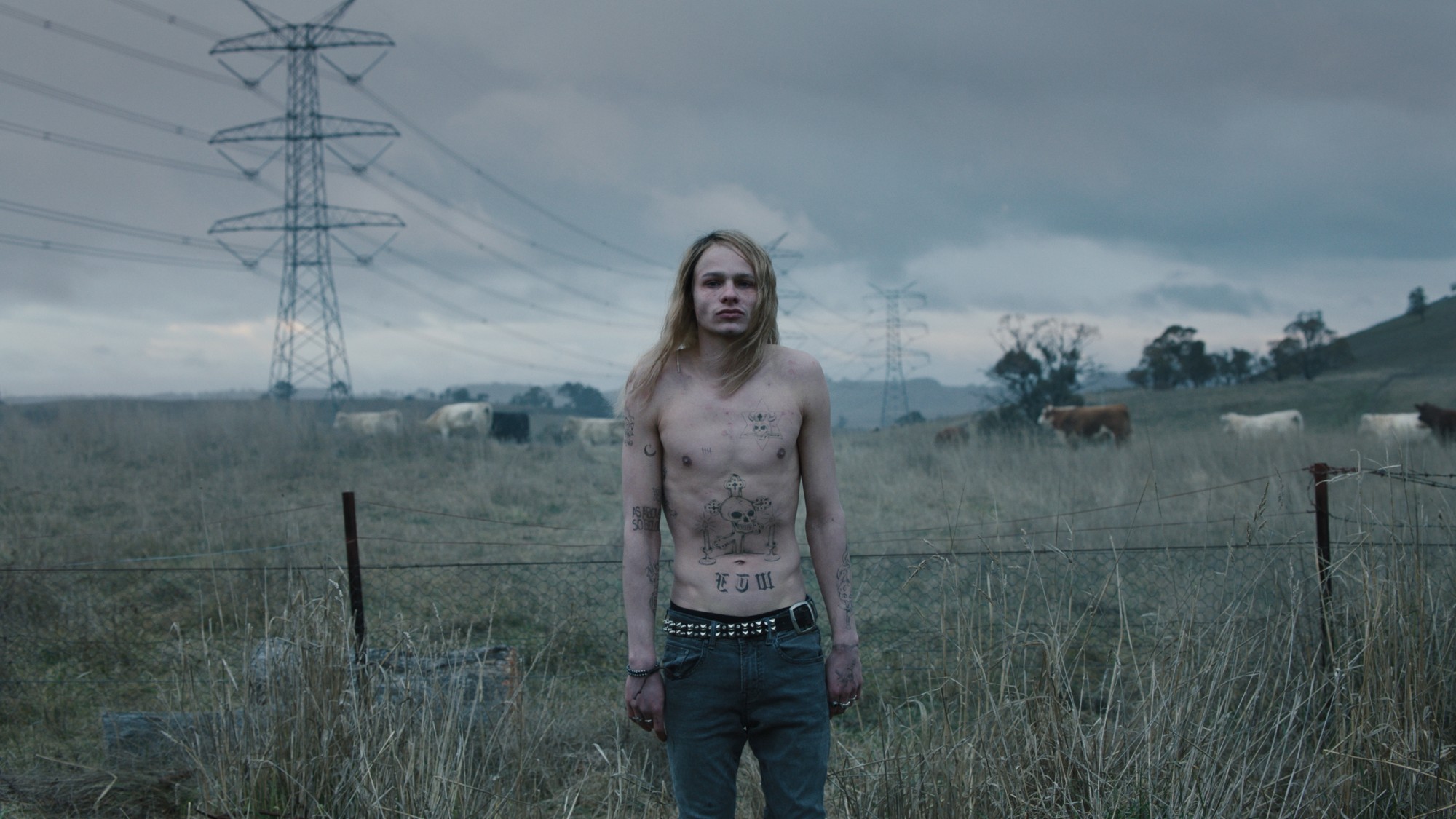 The kind of film where you’ll need a minute to recover after the credits roll, Tom Noakes’ Nursery Rhymes disorientates its audience initially via a surreal, contextless opening. Confusion gives way to a slowly unfolding puzzle however, serving up revelations all the way through to its emotional close, when it delivers a gut-punch that I am still feeling today. From the extremely creative screenplay, to the perfect execution and performances, this five minute film creates a dense atmosphere that will leave viewers paralyzed long after its unsettling conclusion.

Instantly inspired after encountering Will Goodfellow’s script, and the idea that “courage asks unexpected things from us”, Tom Noakes got to work crafting his vision of how to translate the script to the screen as effectively as possible. With extensive commercial experience, Noakes was not afraid of a story that would require a high-concept production and test his limits and those of his crew.

Opting to film in a single shot, except for the last cut that wraps the film, Noakes’ direction is quite remarkable, coordinating every element of the filmmaking in perfect harmony to create a short as powerful as it is memorable. Transporting his audience to a nightmarish scene, Nursery Rhymes is shot from a low camera that only begins to turn and reveal the devastation halfway through its brief runtime. The slow coordinated movement of the camera doesn’t allow the audience to look away, and proves a perfect pairing for the film’s intricate succession of reveals, producing a film that is not only technically proficient, but uses that proficiency to play with audience perceptions and prejudices in a fun way.

With such a strong backbone, the cherry on top is the performances of the cast. All first-time actors, except for the metalhead boy and girl, the performances are limited, yet nonetheless compelling, and deliver authenticity and realism. It is Toby Wallace in the lead role as the nursery rhyme singer that proves standout however—his performance is nuanced and captivating, providing a sense of depth and mystery that, if performed poorly, could have been off-putting in light of the information gap the film manipulates. Instead his performance prompts engagement, as his charismatic vulnerability draws the audience in while we scrutinize him for clues. Something is evidently wrong, but his mix of fear and bravery as he tries not to break down proves deeply moving and his reaction in that last shot is simply heartbreaking.

Premiering online earlier in 2019 as a Vimeo Staff Pick Premiere, after a successful festival run that included Aspen and Palm Springs as well as a nomination for AACTA (Australia’s Oscars), Noakes is now working on a slate of projects from feature films to TV shows, with collaborators Will Goodfellow (writer) and Lucy Gaffy (producer) and their company Studio Goono.