Set within the contemporary Caribbean dance scene, a teenage girl struggles to fit into a crew of Soca backup dancers who present her with an opportunity for friendship and escape.
READ REVIEW
Next Previous 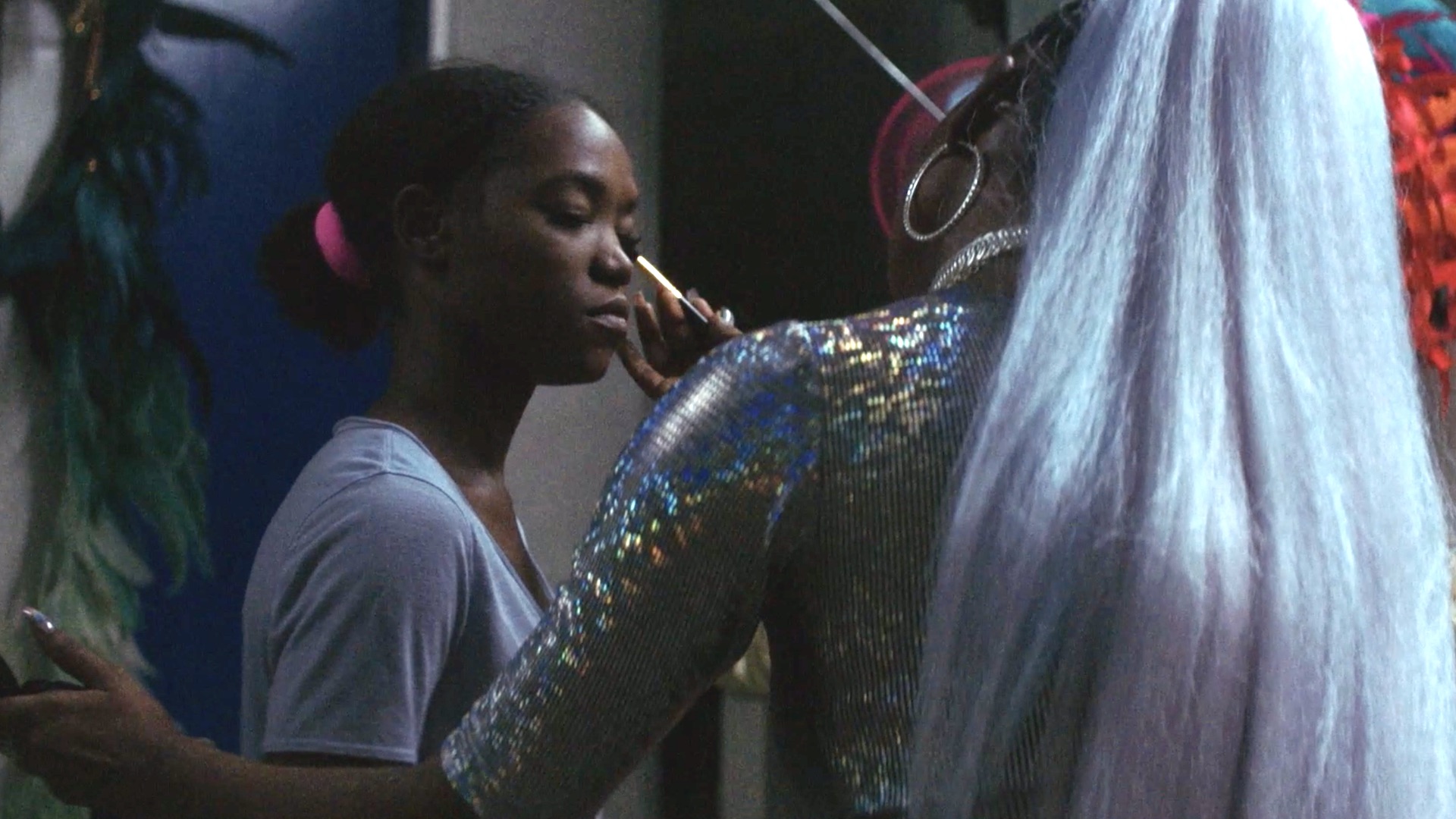 In our first film selection from Trinidad and Tobago, Maya Cozier presents a story of sisterhood, sexuality, and self-discovery, in the proof-of-concept short She Paradise. Set against a contemporary Caribbean backdrop, with chest-thumping beats and vibrant street style, a teenage girl struggles to fit into a crew of Soca backup dancers in Cozier’s dazzling and provocative coming-of-age narrative.

“The co-writer, Melina Brown and I, made this film with the hope of expanding the way young black women and Caribbean culture are captured on film” explains the director when discussing her film with S/W. Overflowing with female empowerment, Brown and Cozier chart a familiar coming-of-age course for the plot, but it is the sterling production and immersive world-building that sets the film apart, depositing audiences directly into a vibrant Soca dance culture that is rarely depicted on-screen with this kind of depth.

Glitter, glam, and sparkle make up the wonderfully feminine space of this electrifyingly seductive Caribbean subculture and reveals that sometimes all it takes to fit in is a little support from friends. Oozing with sensuality, the story encourages women to be comfortable in their own skin and to embrace their sexuality; An important lesson for young women entering adulthood everywhere.

Choosing to work with non-actors, some of which were real Soca dancers, helped Cozier navigate the real-life sisterhood dynamic of the female dance group and create a truly authentic world for the film. Her personal background contributed as well—part of a crew that was flown to America to star in Nicki Minaj’s 2012 music video ‘Pound the Alarm‘, the thrill of being on set had a profound impact on the young creative. Originally set to study fine arts at New York’s famed school, Parsons, Cozier subsequently changed focus, choosing to study film at the School of Visual Arts instead. Now, after a series of short films, she has become one her region’s most promising film talents.

“In a country without a thriving film industry, making this film possible required direct contact and involvement with women who live the story. The personal lives of the actresses are for me integral in bringing this story to life, ” Cozier explains.

This focus on fiercely human moments defines the film’s central relationship as Sparkle, fittingly named and played by newcomer Onessa Nestor, struggles to find her place within the group and an escape from her financial woes, seeking mentorship. Women are nurturers by nature, as supporting actress Cheneka Clifford’s genuine performance proves, and the interplay of the wounded newbie and the sage, older dancer, embeds a remarkable amount of “girl code” into She Paradise. It is a heartwarming reminder of the importance of sisterhood, and it will leave you feeling excited for the future of female filmmaking to come.

Cozier is currently editing the feature length version of She Paradise. The script won the Take One Feature Film Grant and wrapped principal photography back in May and we can’t wait to see the expanded story!