My Dad's Name Was Huw. He Was An Alcoholic Poet.

Filmmaker Freddie Griffiths looks to unravel the state of mind of his late alcoholic father, through the poems he left behind, in this intimate and insightful documentary
READ REVIEW
Next Previous

My Dad's Name Was Huw. He Was An Alcoholic Poet. 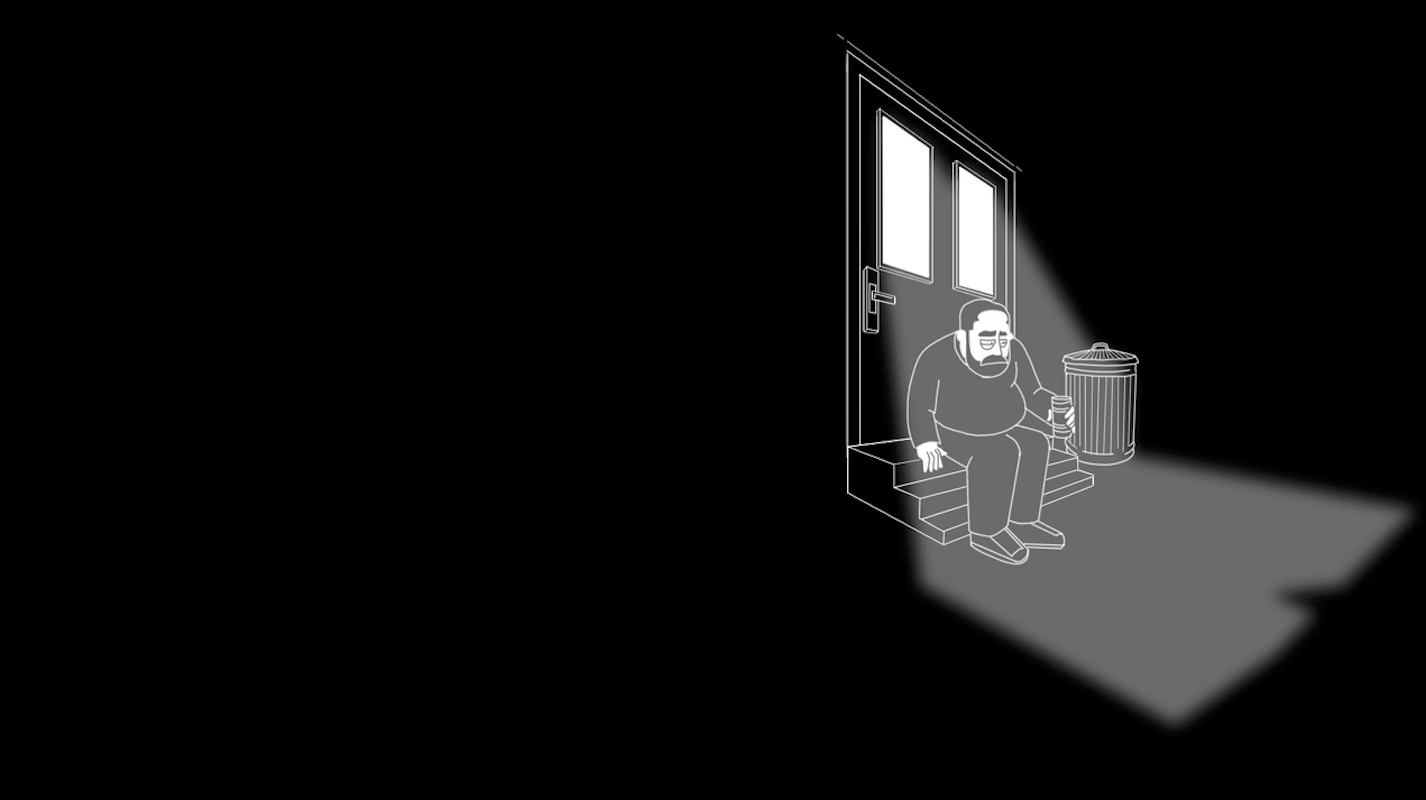 Understanding your parents and their actions is a difficult task. What makes them tick? What do they do when you’re not around? What secrets do they have? I was privileged enough to have a normal/stable upbringing, with my Dad an ever-present in my life, but only now am I beginning to truly understand him as a person and how he became the man he is. Growing up without a father in your life isn’t unusual (recent figures suggest more than 1 in 4 live without a father in the home in the US), but that doesn’t make understanding his absence any easier.

Filmmaker Freddie Griffiths knows exactly why his dad left his life when he was aged just seven and in his RCA grad film My Dad’s Name Was Huw. He Was An Alcoholic Poet. he looks to investigate his troubled life through the “only tangible items” he left behind.

“My dad died when I was 7 from a cancer largely induced by his addiction to alcohol” Griffiths explains, as we discuss the inspiration behind his short. “I was left nothing from my dad, as he had nothing left to give by the time of his death. 15 years on I was given a stack of poems that he had written. These poems are the only tangible items I have of his. These poems which he so clearly used as a release for his torment became my way to better understand both him and the illness that consumed him”.

Often students films can tackle heavy subjects like illness, death or grief because they believe this is what makes a good story. To bring these stories to the screen in an impactful way, you truly need to understand your subject and sometimes this will only happen with a little life-experience. Griffiths, unfortunately, has that life-experience and it radiates through his film.

My Dad’s Name Was Huw. He Was An Alcoholic Poet. isn’t trying to present an overly dramatic depiction of an alcoholic. It doesn’t focus on the arguments, the violent outbursts and the other tropes we usually associate with alcoholism on-screen. Instead it’s a film that tries to get under the skin of the disease and present the human face of this illness.

“I wanted to show a personal story of addiction, one that was voiced through the creative outlet of his poems. It was not only a journey for me as a director to somewhat achieve peace with his death, it also was a chance to give a very personal account on the effects of addiction, something which I feel is under represented in animation.”

Though Griffiths film could well touch a very specific nerve for anyone with experiences of alcoholism, there’s enough creativity and insight in the film to mean it won’t have limited appeal. Owen Teale’s reverberating voiceover adds the necessary weight to the heavy, yet insightful poetry, while Griffiths’ animation style feels both familiar and fresh – it’s an usual aesthetic choice for a film of this type – and adds a certain level of accessibility to what could easily have been an impenetrable piece.

Having witnessed the destructive power of alcoholism and addiction first-hand and seen the true devastation it leaves behind, I often struggle to connect to films on this subject as they never feel genuine or believable. Watching My Dad’s Name Was Huw. He Was An Alcoholic Poet. doesn’t just feel like your witnessing a sketchy portrait based on cliches and expectations. This is a personal investigation into a family member and the thing that killed him. In a way this film feels as if it was made as much for Griffiths, as it was for anyone else and I hope by making it, Freddie got to understand his father a little better.