The Wrong End of the Stick

Malcolm Fetcher is a neurotic, middle-aged teacher lost in a dull marriage with his wife of twenty years, Beverly. As he faces an all-consuming identity crisis, their marriage disintegrates and he is forced to express a deep, hidden desire...
READ REVIEW
Next Previous

The Wrong End of the Stick 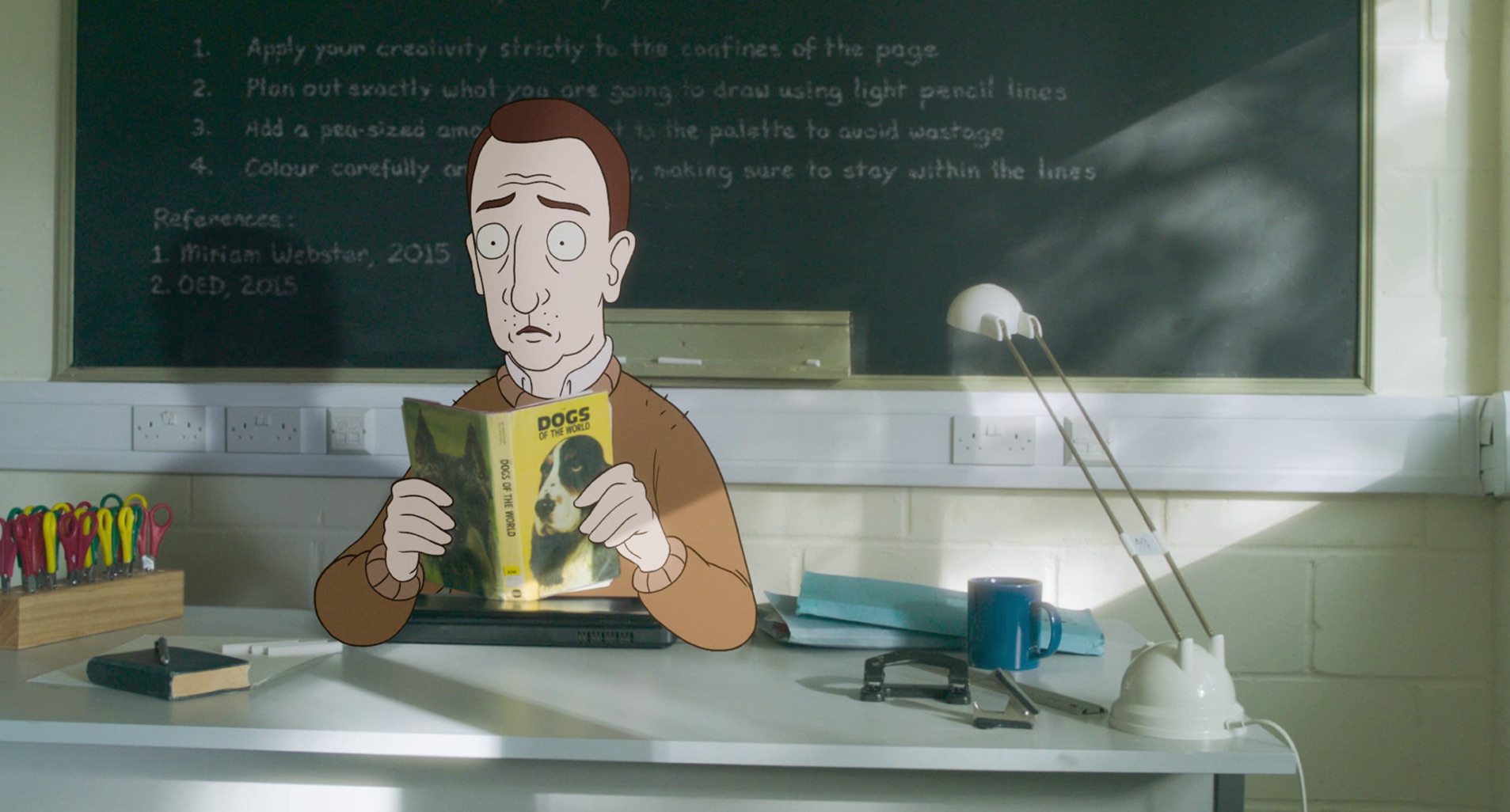 Relationships are all about compromise, but how far are you prepared to go for the one you love? A little role-play in the bedroom is harmless enough…right? Terri Matthews’ thesis short from the National Film and Television School, The Wrong End of the Stick, follows a man suffering from a midlife crisis as he decides to act on his unusual urges, without talking it through with his devoted wife.

Wanting to tell a “grippingly-awkward, darkly-comic, crazy-story for an adult audience”, Matthews hoped that her short would not only go someway to filling the gap in mainstream British adult animation, but would also act as a calling card for the work she wanted to make in the future. Looking to make her audience squirm, laugh, then squirm some more, The Wrong End of the Stick is the literal interpretation of the shaggy dog story, leg humping and all.

Inspired by Who Framed Roger Rabbit (1988) and The Amazing World of Gumball, Matthews admits she was “really interested in the idea of rooting animated characters in a mundanely familiar and accessible live-action world”, when we asked her why she chose this story. “For The Wrong End of the Stick to really work, it was incredibly important to create engaging, down-to-earth human characters that audiences could really embrace through the moments of surprise testicles and horny dogs expressing their natural urges”, she adds. “Animation-wise, that meant no squash and stretch or cartoony performances: just subtle, understated animation and plenty of awkward staring”.

With the animation films coming out of the NFTS garnering more and more critical acclaim, Matthews felt the pressure of pushing boundaries and trying something not seen from the school before. “I’m a 2D Animator but I wanted to take the opportunity to direct a live-action shoot (albeit a strange one without actors for much of the time) and work closely with a Cinematographer and Production Designer”, she explains. “Sometimes audiences focus more on the content of the film and overlook the technically complex 2D animation and live-action technique. Still, I’m extremely proud of what we managed to achieve (even if we didn’t win a BAFTA)”.

The Wrong End of the Stick might not have won that BAFTA, but it sure won over a lot of hearts on an impressive festival tour which saw it premiere at Animafest Zagreb and screen at Annecy, Ottawa, Anima Mundi, Anima and more. Sporting an impressive aesthetic and attention grabbing storyline, Matthews’ film feels like perfect internet viewing and should prove just as popular online.

It might be a story in which a man tries to lick his own genitals, but it’s surprisingly tender and heartfelt!