A bird who barely manages to escape the exotic pet trade remains trapped in a cage and surrounded by unfamiliar sounds and un-birdlike creatures.
READ REVIEW
Next Previous 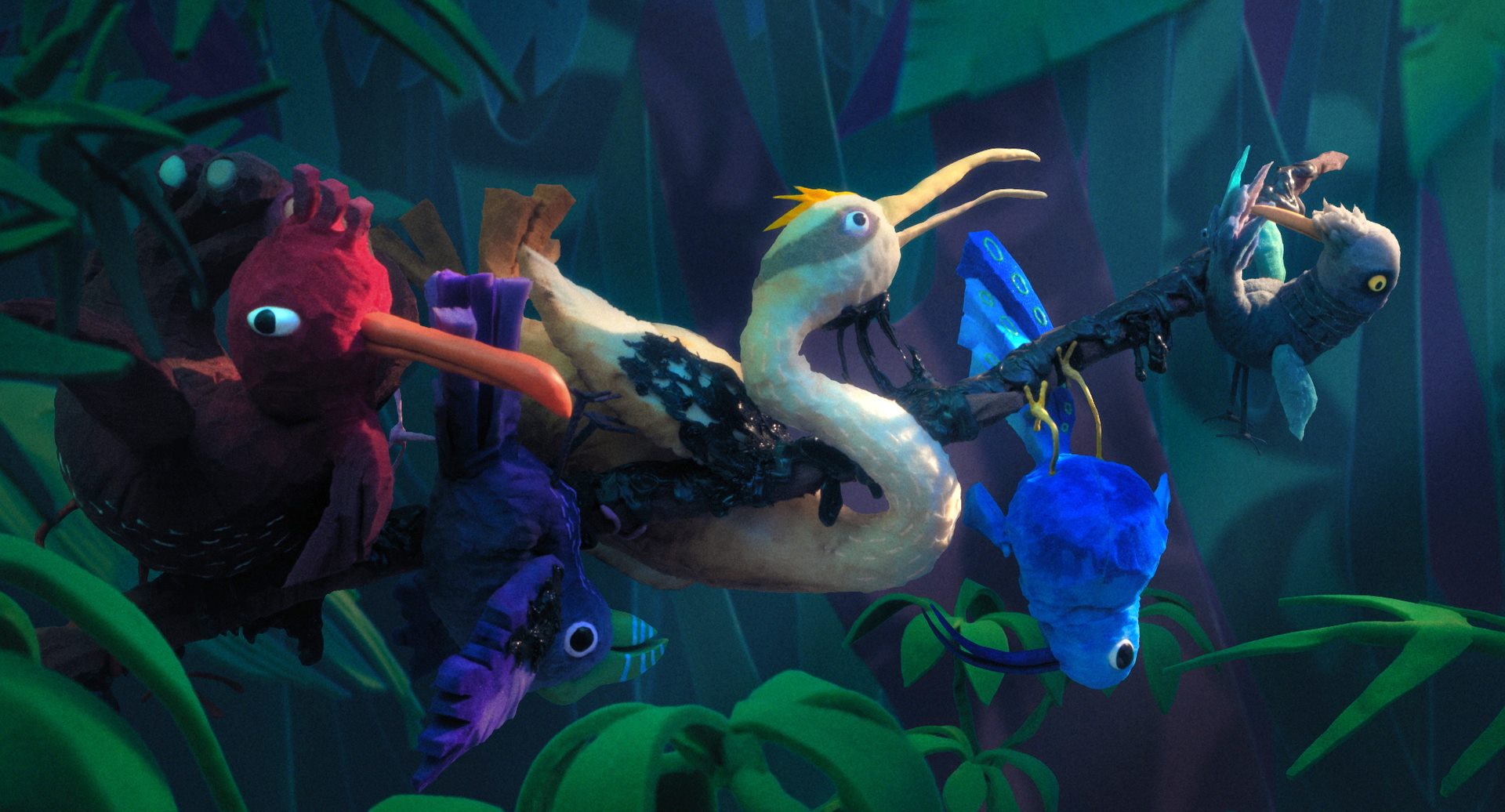 Every year millions of animals are taken from their homes and sold as part of the exotic pet trade. Filmmaker Evan DeRushie looks to shine a light on this global issue with his  family-friendly stop-motion Birdlime. Named after the adhesive substance trappers put on branches to catch birds, this engaging eleven-minute short tells the story of one animal who initially manages to escape his captor, but still ends up imprisoned. Told from the perspective of the captive bird, DeRushie’s film aims to put its audience in the cage alongside the confused animal, so we can truly sympathise with its bewilderment.

Inspired to tackle the topic of exotic pet trade after he witnessed a caged bird in Thailand with a ‘no photo’ sign hung upon its unnatural home, DeRushie, after speaking to the man he thought owned it, was surprised to hear the photos could increase the demand for such animals and soon started to think about the role animation could play in this booming industry.

“I was thinking about the way that animals are represented in animation”, DeRushie explains, “and the effects in the real world (like how clown fish populations were decimated directly after Finding Nemo) and I started seeing animation as a powerful and scary tool. Especially since my previous film had a talking bird and fox in it. With this in mind, I tried to portray a respectful relationship between human and animal, and to treat the bird without too much anthropomorphism”.

Despite the seemingly heavy topic, DeRushie should be praised for creating a film that carries a strong message, but still remains a hugely entertaining and charming watch. Seasoned with splashes of humour and featuring some stellar production (the character design and practical transitions are particular highlights), it’s not often you get a film that can truly be enjoyed by the whole family, to the same extent us short film geeks dig it.

After a prestigious festival run, where Birdlime picked up awards at GLAS and Animafest Zagreb, the popular short has had a somewhat under-the-radar online release. Amassing just over 1000 views since becoming freely available online, this is a film that demands more attention, a short perfect for internet viewing – if you haven’t already watched it…watch it now.

For those of you interested in digging a little deeper into the production methods behind Birdlime, click on the link below to visit the film’s website and watch the various ‘making-of’ videos