Finn has stains on his body. One day, he meets a group of cool kids with different stains on their bodies. One day, he understands that these stains aren't just pretty.
READ REVIEW
Next Previous 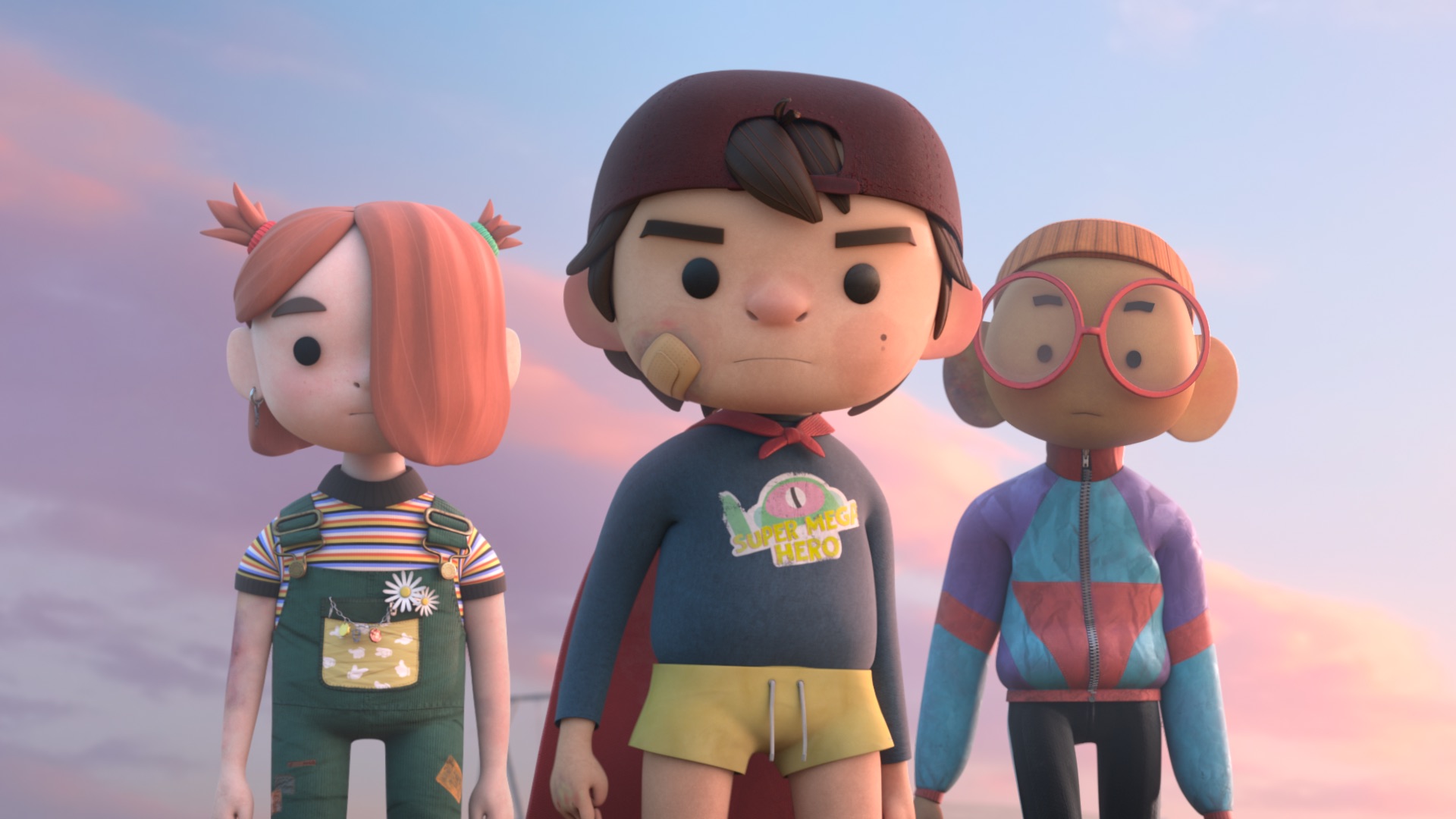 A bittersweet animation that pairs fabulous design with emotional storytelling, The Stained Club is one of the standout animations of the year. A stirring tribute to the boundless imagination of childhood, this theme is intercut with a clear-eyed warning about the physical and psychological vulnerability of this fragile age. So while the film is immensely joyful in moments, it uses the inherent innocence of kids to camouflage the ugliness that can lurk underneath.

The graduation project of six students from the famed French school Supinfocom Rubika, the short 6min film focuses on Finn, a lonely boy who finds camaraderie with a neighborhood gang of “cool kids”. Finn’s breathless exultation of the unique and awesome qualities of his new friends is infectious, as they play games and cause trouble in the rundown town they inhabit. Finn finds communion with his new friends because they too are “stained”—Finn has an eerie blue, glittery glow that emanates from areas on his skin. He doesn’t know why its there, but thinks he recognizes the same in the red and purplish splotches of his friends…

A sort of Amblin-esque homage to childhood is all the rage nowadays, from the breakout success of Stranger Things, to the box-office record setting Stephen King adaptation IT, and it is easy to see some of those same qualities in The Stained Club. This lineage recognizes the inherent trauma of childhood, and externalizes it via fantasy/horror. Finn’s supernatural glow serves a similar function, but the trauma here is closer to home. Getting the gang together, and the care-free montages of adventurous play are always fun to experience, but the coming-of-age moment for Finn does not come from some monster, but from his close friend—his loss-of-innocence is the result of the dawning realization that “stains” are not pretty, but are instead shameful. It’s a simple, but devastating denouement, that is deeply affecting long after the film’s close.

The origin of the film’s premise is deeply tied to that trauma. In communications with the team it was related to us that they had,

…stumbled upon a photography project by Angela Strassheim where she took pictures of seemingly perfect American houses where tragic murders had happened before. She revealed the traces of these murders with a special UV light. That made me link it to emotional and psychological pain: we can’t see it, but it’s there. I wanted to create a story where the character’s pain is visible on his skin.

The team’s simple hope was to produce a piece that could help audience’s take more seriously children’s psychological pain, especially the one caused by their very own parents.

They achieve that goal amply, via plot and theme, but as an animation it is important to nail the production of the work, and the film easily shines there as well. The team designed simple but distinctive characters, but that simplicity is complemented by wonderfully detailed world-building and dynamite effects for the more supernatural elements like Finn’s glow. A thumbnail may make the film look amateurish and kid-like, but seeing it in motion is astonishing. Utilizing Maya, Nuke, Houdini, and Substance Painter in their pipeline, the team mixed a lot of live techniques or pictures (cameras, photography references for skies or colors) to create a fusion of diverse inspirations from both live-action and animated cinema. The technical achievement of the film was deservedly honored at SIGGRAPH 2018, where the film took home the Jury Prize.

Ending its festival run, the film is now online for all to see, as the team gears up for award season. An Academy-qualifier, the film has hopes for Oscar come the new year—we think it should be a top contender, let us know if you agree!