A meager apology tests a woman's fortitude to forgive.
READ REVIEW
Next Previous 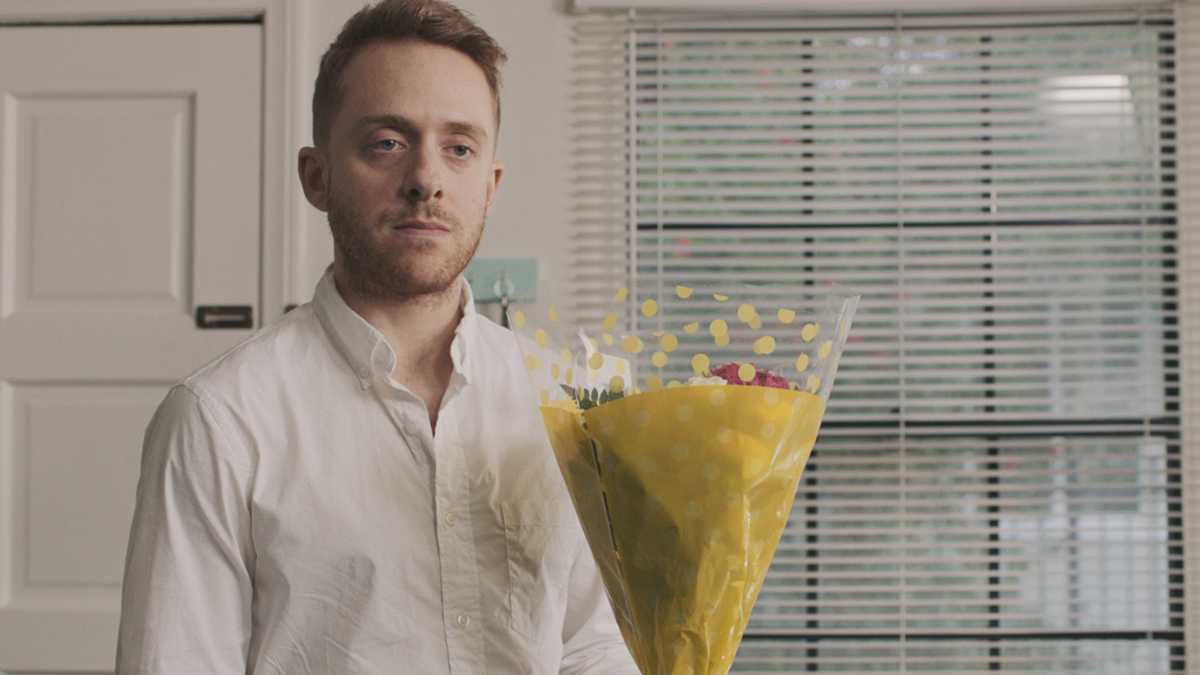 There’s nothing funny about getting a serious injury from a car crash, yet Alex Kavutskiy‘s Sundance and Fantastic Fest crowd pleaser, Squirrel, is a comedy so black it’s hard not to laugh. When a pathetic apology tests a woman’s capacity for forgiveness, two unlikely strangers embark on a journey to find closure. A film that explores social etiquette in the face of the unthinkable, Squirrel is a twisted cringe-comedy where the absurd humor and dry performances will make you laugh, then instantly feel guilty about it.

Squirrel stars Max Jenkins who turned heads in the comedy scene with his guest role on the web-series turned HBO hit, High Maintenance. Here he plays opposite fellow television comedian Andrea Rosen, and both actors expertly pull off Kavutskiy‘s deadpan writing, which wittily pokes fun at performative apologies and the selfish reasons people seek forgiveness. When Patrick (Jenkins) reveals that he was texting a rather bad joke from a movie when he ran his car into Noreen (Rosen), Kavutskiy proves just how long a joke can go on and still be funny. Simply put, comedic timing is everything, and Squirrel is proof of that.

While on the subject of timing, Kavutskiy explains how serendipitously his cast came to be: “The original seed was wanting to write something for Andrea Rosen and Max Jenkins. I was big fans of both and I thought they’d be incredibly fun together on screen. I had just worked with Andrea on an Adult Swim project and Max was visiting LA for pilot season, so I had a window to make something,” Kavutskiy told Short of the Week. In true indie filmmaking fashion, the pieces certainly fell in place just when they needed to.

Kavutskiy, born in Kiev and raised in Los Angeles, is a self-deprecating sort, and as such seems surprised by Squirrel’s success—which only makes his responses about how the film came together and how it works that much more funny. “The premise is obviously pretty silly, so I was worried about getting the tone right, but fortunately, I had a really terrific team who took everything seriously. The actors didn’t wink at the camera, Ryan didn’t light the shots to look dumb, Ester didn’t dress the sets all goofy, Jason didn’t score it to be funny, etc.,” Kavutskiy deadpans.

Whether you find Squirrel “silly” or not, it’s made quite a wave on the festival circuit, with notable accolades such as a selection at Sundance, the Grand Jury Prize at Fantastic Fest, as well as Audience Awards at Calgary Underground and the Chicago Critics Film Festival. We saw it last fall and were instantly smitten, but had to wait for Alex to hear back from a few festivals before featuring. Hello Sundance! With that bump the film received further play, and today it is debuting online as a Staff Pick Premiere.

Kavutskiy is currently working on another short, which he describes as “exactly the opposite” in tone from Squirrel, while pitching television content and working on a feature. “All the clichés”, he says. Kavutskiy can pretend that his talents are nothing special, but we respectfully agree to disagree.