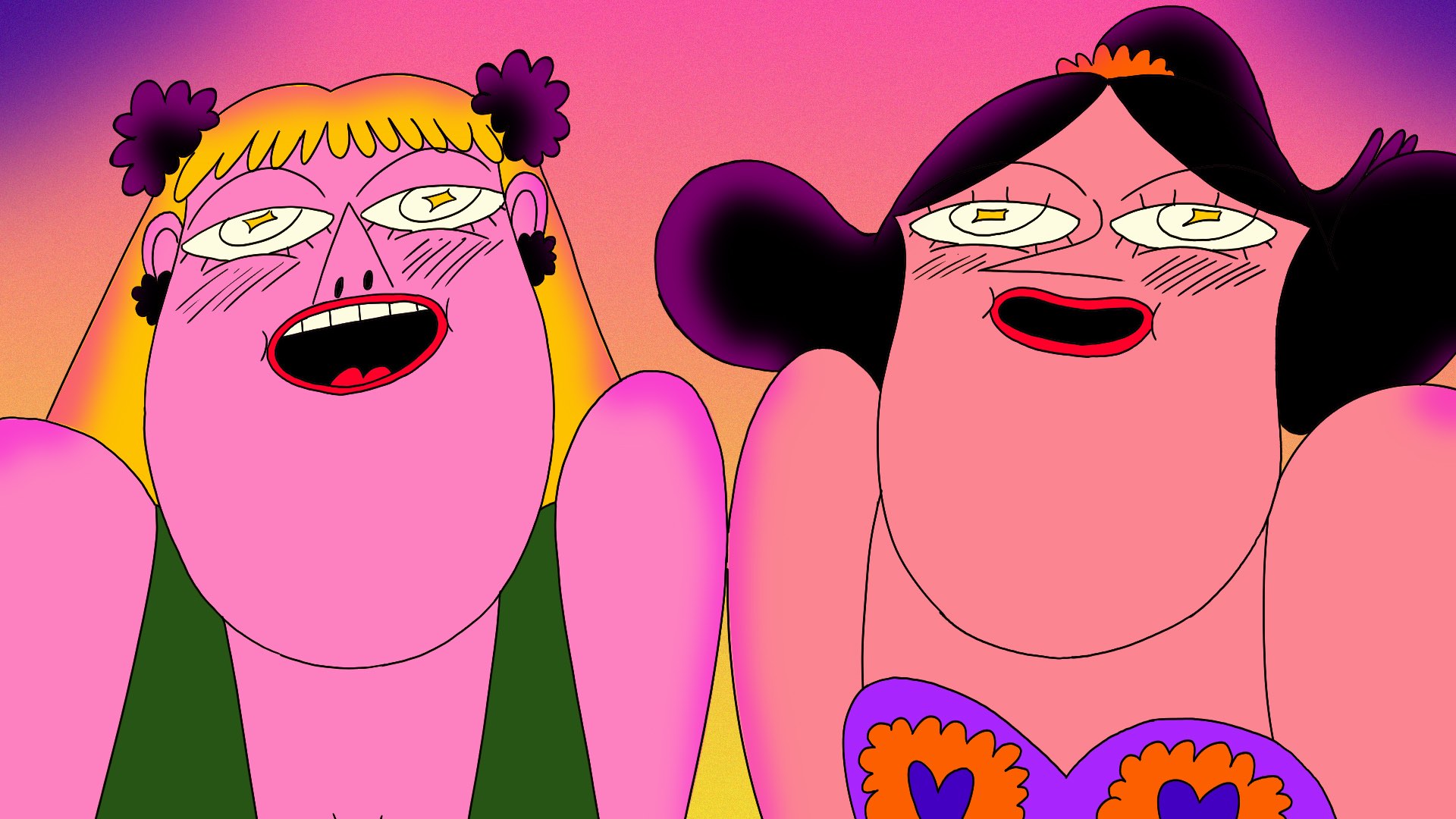 The journey from childhood to adulthood is celebrated in many different ways around the world. In the Amazon jungle the Sateré-Mawé tribe use Bullet Ant gloves, Amish teenagers celebrate with a Rumspringa, where they are encouraged to explore the world outside their community and here in the UK, we mark this significant moment with a late-night drunken visit to a takeaway shop.

Inspired by her own experiences, Laura Jayne Hodkin’s RCA grad film Hot and Tasty invites its audience to experience this sacred ritual, as we’re hurled into the intoxicating interiors of the titular fried chicken shop and join two merrymakers laden with a drunken hunger that must be sated. Little do they know, that inside there are things happening much more dangerous to your health than the fried offerings for sale. Expect public urination, inebriated sing-songs and vengeful chickens in this fun four-minute short.

A surreal, neon short full of surprisingly relatable moments, Hodkin’s admits she was drawn to her story because of the fluorescent lights and kitschy decor of the setting and the “contrast of seeing stylish, often glamorously dressed girls ending their night in a crappy looking place”. Aiming to continue the style and tone of her Royal College of Art first-year film Haley and Joanna, the director once again set out to make a film that was “accessible to a younger generation with funny, female characters at the forefront”.

Hot and Tasty is a warped film, in terms of subject and style. Featuring a skewed perspective and a lucid colour palette, the short’s vivid aesthetic is the perfect companion for its intoxicating narrative. Despite its strength in these areas, the one thing that really brings the production together and gives it a relatable element is the voice-acting from Anna Chloe Moorey and Emmy Rose. From their drunken rendition of The Killers Mr Brightside, the exchange of pleasantries with the shop’s “staff” and the tearful final line of “I want chips”, they somehow manage to make this bizarre short feel real.

Despite being released online quite early in its journey, Hot and Tasty has gone on to have an impressive festival run, playing the BFI London Film Festival and a host of other top festivals in the UK and beyond. It’s clear Hodkin is a talent worth watching, next up she’s hoping to work on her own adult animated series, with pitches to studios and a pilot episode in the not-too-distant future. Hot and Tasty the Series anyone?