A short, Oscar-nominated animation that depicts a father-and-son relationship through the art of packing a suitcase.
READ REVIEW
Next Previous 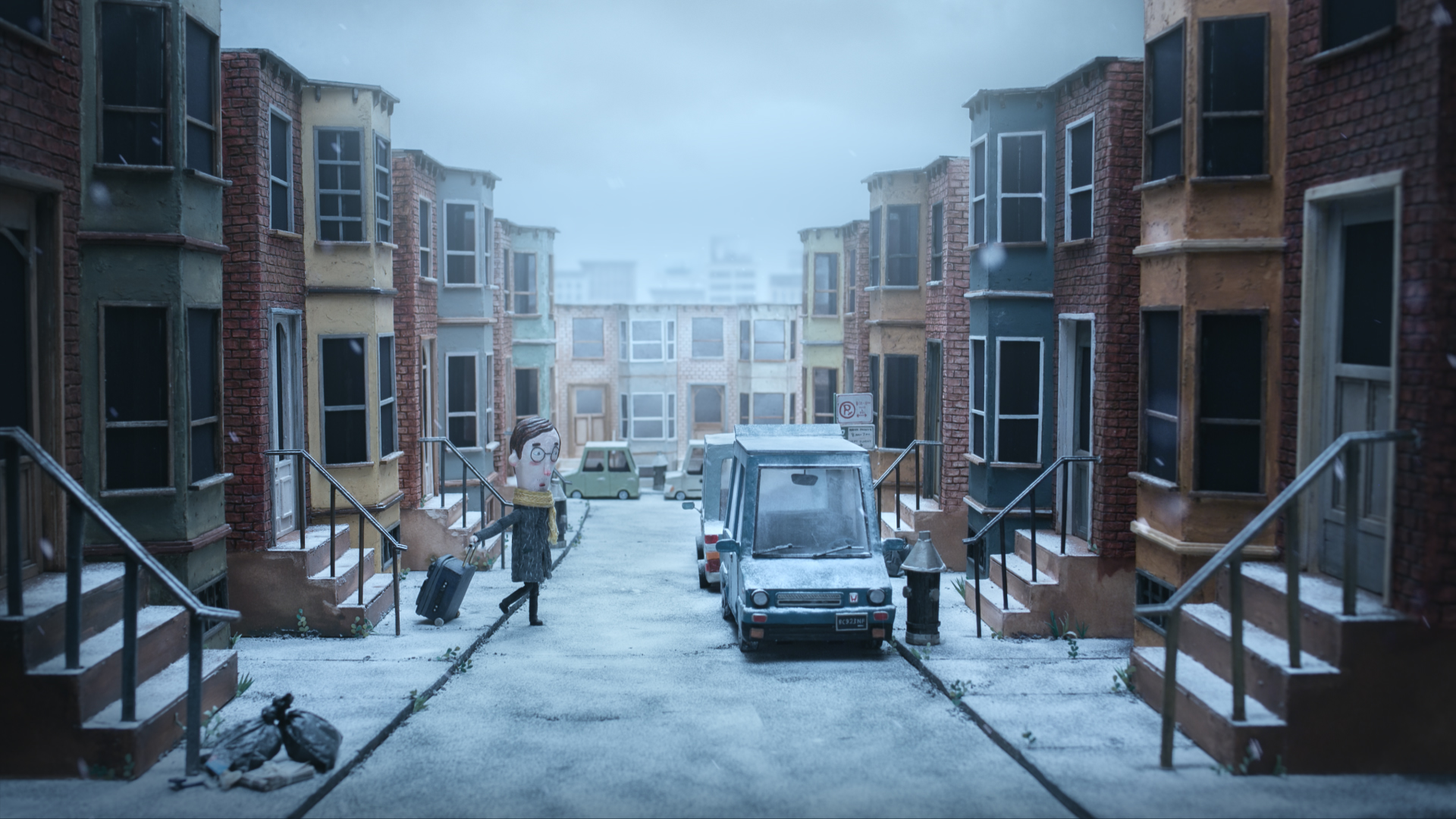 Right at the outset, let me lay my cards on the table—this is a nearly perfect short.

I qualify that statement with the “nearly”, only because I do not believe that art is a competition towards a platonic ideal. Though our site has taken on the challenge of serving as an arbiter in questions of artistic and entertainment value, I still tend towards relativism in these matters. Taste is personal, and besides, perfection is often incompatible with innovation and risk-taking. Some of my favorite short films are decidedly imperfect and all the more enjoyable to me because of it.

But back to the point—Negative Space is practically perfect.

Like so many shorts I admire, the film incorporates multitudes of seemingly contradictory qualities: at a mere 5 minutes, there is really no wasted space, and yet it is exceedingly spare. Based off a celebrated Ron Koertge poem that clocks in at only 150 words, it allows for moments of subtlety and contemplation that are so necessary in visual storytelling—those perfectly blocked shots, held for an extra moment, that drive home the rich emotional interiority of its characters. It’s simultaneously one of the most humanistic films of recent memory, but it also stars no humans. Its stop-motion animation is expressive, detailed and grounded, and yet it has no compunction about taking off on flights of fancy, segueing via delightful transitions into fantastical asides that play with scale and setting.

And, most remarkably, none of these elements are simply stylistic choices, excuses for technical bravado, or kludgy compromises to the process of adaptation. They are all deep reflections of the film’s core themes, representing and enriching them. Adapting work from another medium is rare for shorts, but rarer still, in any medium, is an adaptation that exceeds the original. Negative Space fills in the subtext of Koertge’s poem, but doesn’t bludgeon it, and the insights and personal experiences the film’s creators bring to the source material prove additive rather than incongruent, elevating the work.

Those creators are Ru Kuwahata and Max Porter, an American animation duo crafting work under the banner Tiny Inventions. The team first came onto our radar in 2010 when they were nominated for Best Animation at the very first Vimeo Awards for their mixed-technique short Something Left, Something Taken. A noteworthy technical effort that found widespread acclaim at top festivals, the film served as a bold announcement of the pair’s talents to the world. However, like many independent animators, they found the US relatively inhospitable when it comes to artistic support. Commissions followed, and the team is currently on roster at Noble Animation and 1st Ave Machine for commercials, but the pair decamped to Europe for their followup film, Between Times, which they developed as artists-in-residency at the Netherlands Institute for Animated Film.

Negative Space is a similar story, categorized as a French film despite its creators’ nationality. An interview conducted by Jennifer Wolfe in Animation World Network goes into deeper detail on how this came to be (it includes an initial grant from the CICLIC Animation Center and a meet cute encounter with producers at the Clermont-Ferrand Film Festival) but simply perusing the film’s credits is exhausting when one realizes how much institutional support was necessary to bring this gem to life.

And yet it was undeniably worth it. With guidance from hotshot French distributor Miyu, the film completed an epic festival run that saw it win over 160 prizes, culminating in a coveted Oscar Nomination in 2018 (Dear Basketball won, which sort of encapsulates our conflicted feelings about Oscar). Now the toast of the independent animation world, what is next for Tiny Inventions? The pair is currently working on a feature length stop-motion animation titled Dandelion Seed, and, like their previous works, have been prolific in engendering allies. Supported by the Sundance Screenwriting lab, Torino Script Lab, Rooftop film fund, NEF Animation, and The Animation Workshop, we have high hopes for the pair as they embark on this new challenge.