The story of Cecile, an older Vietnamese-American hoarder, whose life is upended when worms open a black hole in her house and threaten to take all her stuff.
READ REVIEW
Next Previous 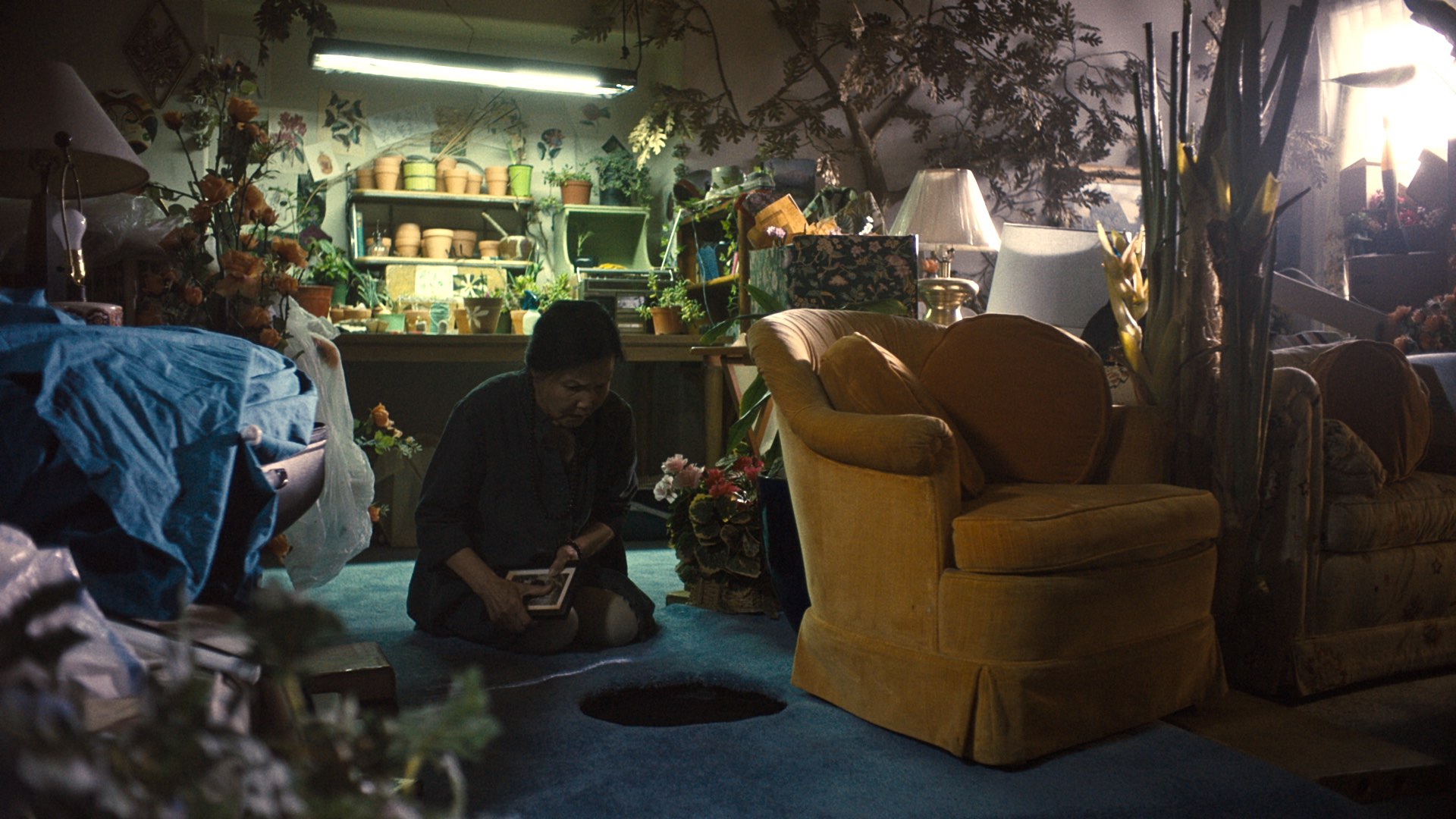 Grief is a powerful aspect of the human condition, it can feel all-consuming—possessing the ability to suck every other competing sensation into its orbit. For many filmmakers who want to communicate something “true” in their art, grief is an attractive subject.

But let’s be real—grief isn’t very cinematic. We’ve seen many many shorts make grief the centerpiece of their story yet fail to sustain good drama. So many so that Ivan Kander singled out the theme in his popular piece 15 Things Wrong With Your Short Film, writing,

It’s a common miscalculation, especially by young filmmakers, to assume that watching people act sad is inherently interesting and dramatic. Well, after screening a figurative lifetime of student films featuring characters staring aimlessly at a wall, let me tell you, it isn’t.

Obviously this is written more definitively than warranted in the service of making a point, but part of the reason depictions of grief fail to move is that interiority is, quite simply, hard. Expressing visually what is inside the head of your characters seems basic, but is also the most difficult thing to do in film. On top of that, grief is a tricky emotion, as it often takes the opposite of performative action. In its numbing state, it is often the absence of vibrancy, the negation of expression—hence a lot of plaintive staring at walls. What if you could sidestep the interiority problem however? You might do it by externalizing the internal, creating a world and story based on authentic emotional experiences even if the events on screen could never actually happen.

That’s what L.A.-based writer/director Meagan Houang has successfully accomplished with In Full Bloom, marrying a deliberate and specific exploration of a character crippled by loss, to a fantastical hi-concept, allowing her to make explicit the central metaphor of her story. The result is weird, mysterious, but most of all moving, creating a film that speaks volumes despite lacking any dialogue at all.

In writing to us about her film Houang mentions she, “wanted to create an emotional experience for the audience because that’s what I enjoy most when I watch movies. I want to feel something, even if I can’t neatly describe that feeling into a few words.”

In spite of it being my job to relate in words a film’s appeal to you, I myself am at a loss in the case of In Full Bloom, as the pleasures of the film feel nearly ineffable. Like the topic of grief itself, words don’t quite do it justice, and, so, in some way, the fact that the film can’t be quantified via a pithy plot description or glowing adjectives is its ultimate success.

What’s more straightforward is its unique production decision, most notably the use of practical effects to animate the worms that instigate the film’s action. The decision to eschew computer generated creatures was driven by both aesthetics and budget. Houang wanted the worms to feel “tangible,” while also being self aware that CGI post production would have been cost prohibitive. The other production feat worth mentioning is the black hole itself. This too was created practically. Houang’s team built a a platform that would allow for three different sized holes to go on top of one another, revealing each “stage” as filming progressed. It’s the kind of “hands on” movie magic that really makes me itch for a behind-the-scenes video breakdown.

Following this film’s festival run and release, Houang is currently hard at work on another short film as well as a feature script. Also, be sure to check out her impressive music video work, which like, In Full Bloom, shows a burgeoning cinematic voice.