A man and a woman are involved in the production of an animated film. He animates by night, she makes and repairs the accessories during the day. Behind the scene, a woman is waiting for her entrance.
READ REVIEW
Next Previous 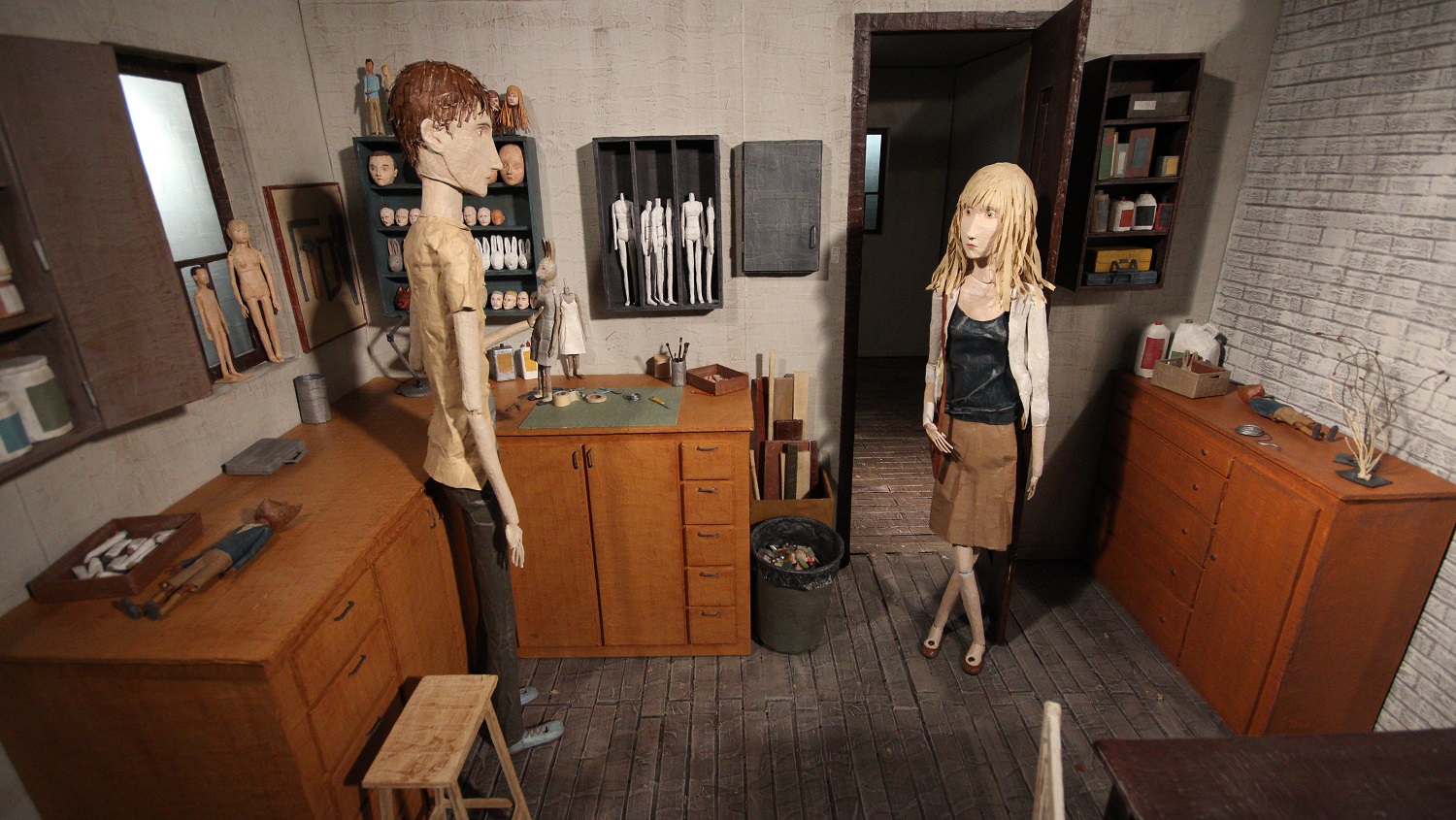 Despite our best efforts we’re still a little bit away from being truly comprehensive when it comes to the world of short films and today’s featured film is a case in point—we weren’t aware of Dolls Don’t Cry before Rob Munday placed the film in our team Slack recently, dropping it into our #coverage channel where team members toss in shorts of indeterminate provenance they discover on the web. All he added to his posting was “this keeps popping up in my Vimeo feed”.

Taking a look, the resume for Dolls Don’t Cry piqued my interest. While the New Chitose Airport International Animation Festival isn’t well-known outside animation circles, its reputation and programming is legit, so winning the Grand Prix there is quite the honor. Still, shorts we stumble upon don’t necessarily receive the rigorous inspection that films officially submitted to us do, and that almost proved disastrous in this case, nearly causing us to miss one of the best and most striking short animation releases of the year.

The thing to understand going into Dolls Don’t Cry is that it is a sloooooww burn. You’re initially attracted to the meticulous and creepy production design, and a few seconds of watching is enough to indicate that it is made by an artist of great skill and craft. But there is a deliberateness to the film that is maddening to those who subscribe to the notion that shorts on the internet should endeavor to hook their audiences quickly. Chelsea was the first to give the film a shot, and her initial comment noted “The craft is absolutely wonderful, but 4 minutes in and I was still waiting for something exciting to happen.”

Yet there is a method to it all. Unlike in live-action there is an intentionality to animation’s pacing that, even if you don’t appreciate the artist’s decision, is a function of a grander design. Precisely because of its patience that borders on pedantic, the short is able to establish a world that is unnerving in its dullness of routine, its specificity creating a baseline to then subvert. The short is unrelentingly spare, full of quiet, empty spaces, but despite, or perhaps because, of that initial challenge, it progressively absorbs you into its rhythm, casting a spell on your attention. Even without fantastical plotting to drive excitement in the early going, a deep sense of unease is imbued via this spareness, via the monstrous realism of its character and world design, via its emotionally deadened simulacra of the creative process. And then, when it shows its hand and morphs into psychological meta-thriller—wow—Dolls Don’t Cry transfixes. Ironically, for a film that I feel the need to qualify due to its potential difficulty, I can’t think of a short this year which absorbed me so fully.

In retrospect it is somewhat embarrassing that the film slipped under our radar. Its creator, Quebec filmmaker Frédérick Tremblay, is a lauded animator with many top-tier awards to his name, including Best Narrative Short at the prestigious Ottawa International Animation Festival for his prior work Blanche Fraise. This makes sense, films of this level of mastery don’t generally emerge from nowhere, and I blame the long gap from that work in 2011 to this one—a period that coincides with the rise to prominence for our site—as the reason for my ignorance.

With that ignorance rectified, I am quickly making my way through Tremblay’s back-catalog as there are three additional shorts available on his Vimeo page. Start with this one, but if you find it as a special as I do, please join me in my informal Tremblay retrospective as we discover together the work of this enormously skilled storyteller.