Mothering tells the story of a young girl, Mia, arriving at her new foster home. When her first period unexpectedly appears in the early hours, help comes in the form of her foster parent's elderly mother, Pauline.
READ REVIEW
Next Previous 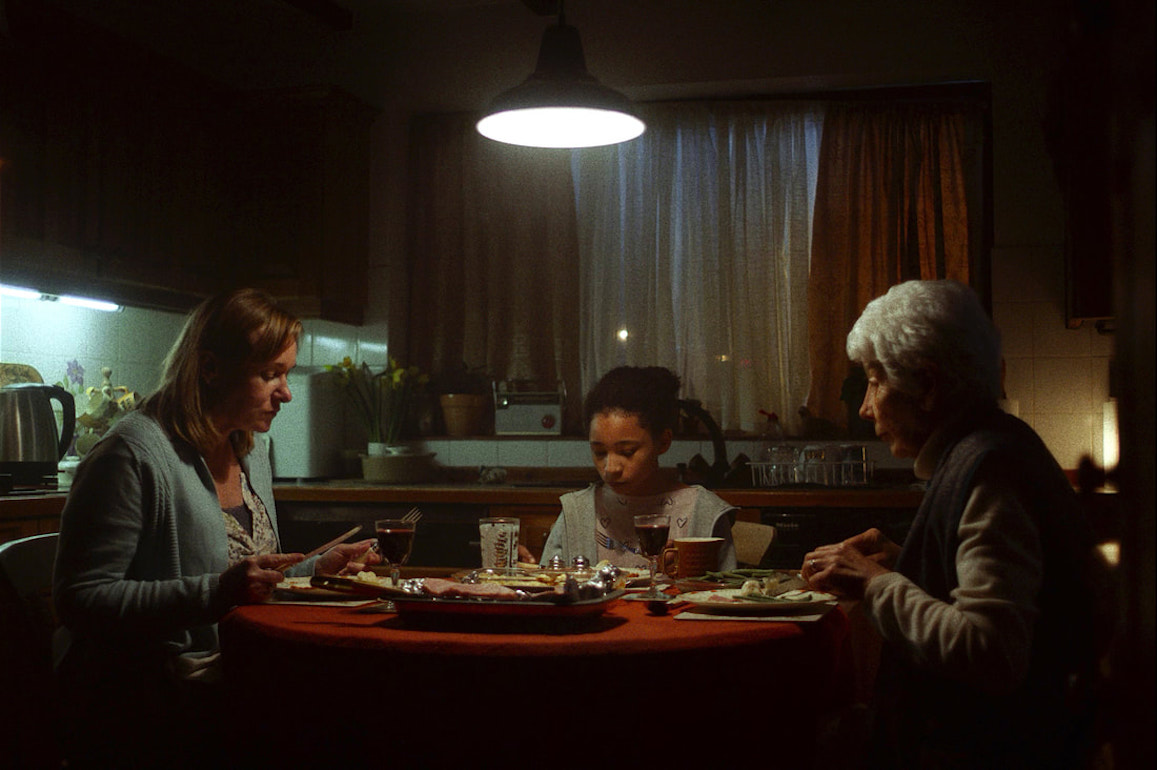 Mia, a young girl, has just moved in with her new foster family. During her first night, she goes through an important moment in her life, will her new family help in making the transition smoother? Writer/director Lucy Bridger uses her documentary experience to explore a universal situation, through a fresh lens, in touching short Mothering. Capturing the intergenerational bond within a family and the general female experience, her film portrays an authentic coming-of-age story, carried to the screen by amazing performances.

After losing her grandfather, writer/director Bridger began to truly understand the influence her grandparents had on her. Fascinated by her grandmother’s ability to know how to handle a situation, while keeping a sense of calm and certainty that made Bridger feel safe, she wanted to honor them and used that realization as one of the pillars of her film.

Looking to create a film that captures the banality of a life changing event, in a context where the support offered by someone older means even more, Mothering is an emotionally-powerful, teachable-moment. With a strong interest in narratives focused on awkward, not glamorous but emotionally heavy, moments of a person’s life, not often depicted on screen, Bridger’s experience in non-fiction filmmaking proves essential in ensuring her film is never overly dramatic.

In order to avoid her film feeling manipulative, Bridger chose to work with only one lens when shooting Mothering. With a background in photography, the aesthetic she chose for the film matches the narrative perfectly. Angles and shots are perfectly constructed. The mundanity of the dinner scene quickly evolves into a more personal account of Mia’s emotional state of mind, by focusing on her. While that final scene at the dinner table wraps the film in a creative and emotive manner, illustrating the developing bond between the two characters.

Mothering’s strength is its rare and subtle fragility, that add to the realistic and genuine dimensions of the film. Bridger only wrote a rough script with “beats to meet” and completely trusted her actors to improvise so the characters would feel real. The three performances make the awkward vibe of the dinner infectious and later on, when the newly appointed grandmother flies to Mia’s rescue, the chemistry between the two actresses evolves at a realistic pace, that makes us root for them even more. It’s a film that hits the emotional button in a subtle, but unforgettable way.

After a successful festival run with notable stops at Encounters in 2018 and Slamdance in 2019, Mothering debuted online as a Vimeo Staff Pick Premiere. As a woman, I especially enjoyed Bridger’s take on this rite of passage and can only hope that this first dabble with fiction has made her want to revisit the non-documentary genre.