As a young trans woman cares for her Italian grandmother, she discovers a tender bond in their shared vulnerability.
READ REVIEW
Next Previous 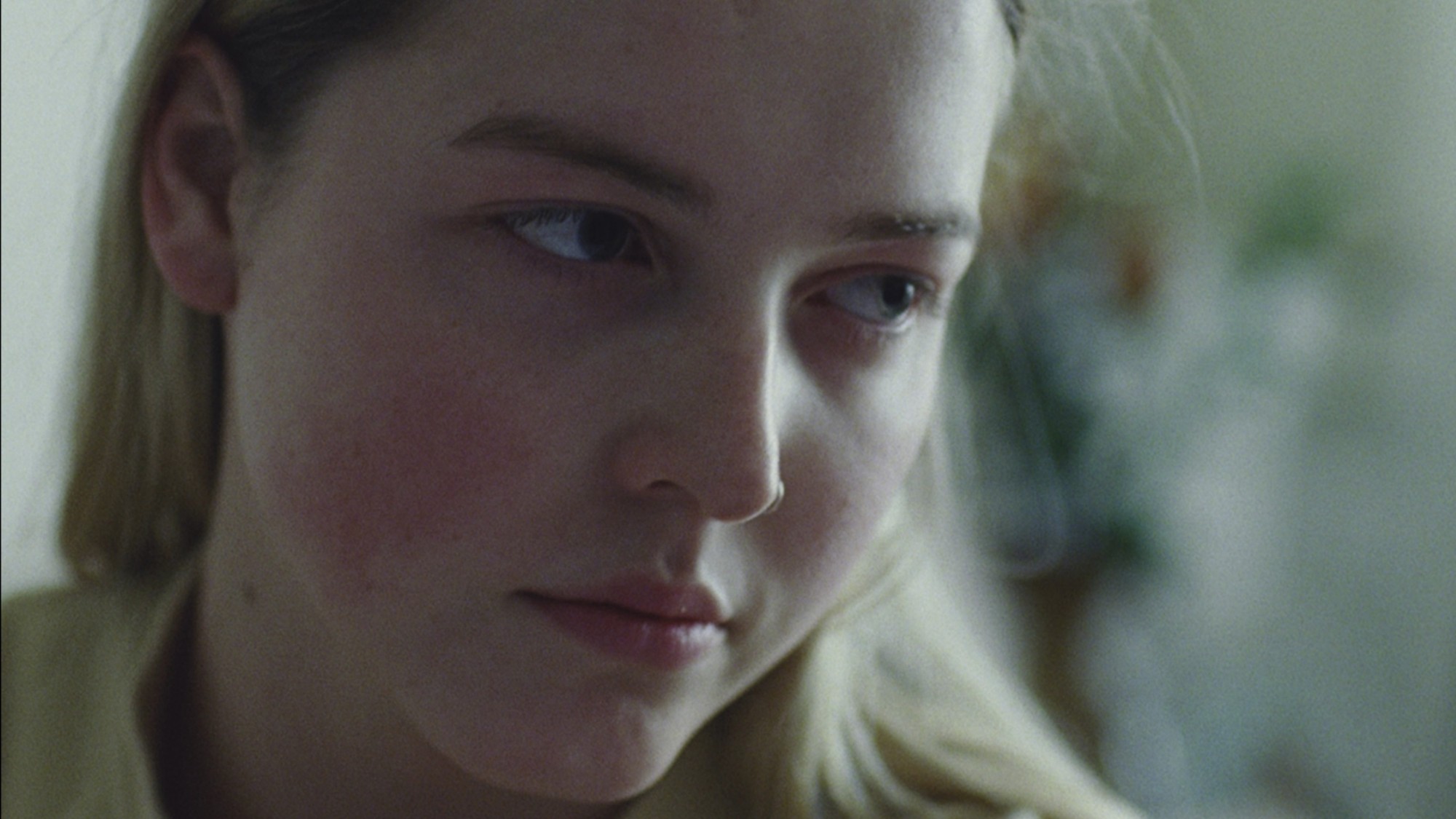 A young woman spends the night with her ailing grandmother—”Nonna” in Italian— serving as her caretaker. We come to find that both women are vulnerable in their own different ways, but what sets them apart only comes to make them closer. Writer/director Luis De Filippis crafts an intimate and minimalist story, depicted with subtlety and space, that proves successful through its compelling performances and strong aesthetics. Due to its quiet and observational manner, For Nonna Anna is a film that requires an audience to be invested in order to receive its charms, but for those who do, it can touch them in the most lovely way, via its generous helping of love and acceptance.

De Filippis drew inspiration from their own personal relationship with their Nonna, and how a devoted Italian Catholic woman of an older generation proved to be open-minded and empathetic with the director’s previous experience with non-traditional gender expression. What stood out for me as key, and what De Filippis had in mind when penning the film, was that the girl’s gender is never used as a dramatic centerpiece—while it is easily apparent and informs the film subtextually, it is not utilized as a wedge for conflict. Instead the main focus is the relationship between the two women, and the bonds that exist between those of different generations and the same family. By avoiding the common tropes of queer family stories—the anxiety of coming out, the confusion, the rejection—For Nonna Anna is able to pursue interesting parallels and commonalities within its lead characters: both are experiencing profound changes at different stages of their lives, changes that affect the bodies they once knew, and which have vast emotional repercussions. Yet, by seeing themselves through each other’s eyes, they can receive the comfort of love and tenderness.

By eschewing dramatic contrivance, the film place supreme importance on small actions and gestures, and thus it was important to the film team to pursue authenticity as a paramount goal.  De Filippis made the decision early on to film on location at their Nonna’s home, as well as to shoot on 35mm film—a rare move for short films. The added lushness of the image elevates the space into a character in its own right, and the atmosphere and the look of the home where their grandparents lived for decades could hardly be recreated. Quickly with the shots of the house we understand the history behind the family, which lends weight, and the 35mm provides a certain stateliness that is a strong complement to the screenplay’s restraint.

I could not praise this film without mentioning the beautiful performance of Maya Henry, the main character. With very few words, mostly facial expressions, she communicates so interiority to the character—all the layers of feeling she experiences towards her grandmother and herself are subtle yet apparent. The screenplay is beautiful, visually the film is great, but she is the one who brings it all together.

For Nonna Anna is debuting online here and as a Vimeo Staff Pick Premiere during (at the time of release) Pride Month and what a great way to start the celebrations with such a positive film! De Filippis’ film had a successful festival run with a premiere and a Special Jury Prize at Sundance 2018 and stops in Atlanta, Rotterdam and on the Canadian filmmaker’s local turf with TIFF and Inside Out. They attended the TIFF Filmmaker Lab in 2018 and are currently working on a feature film based off the same world as this one.