After a mishap at an important client's party, Charlie and Val find themselves in the hole and desperate for funds. They meet a charming divorcee (Chris Messina), and an adventurous day awaits—but for these ladies, life has taught them that the promise of L.A. has its ups—and its downs.
READ REVIEW
Next Previous 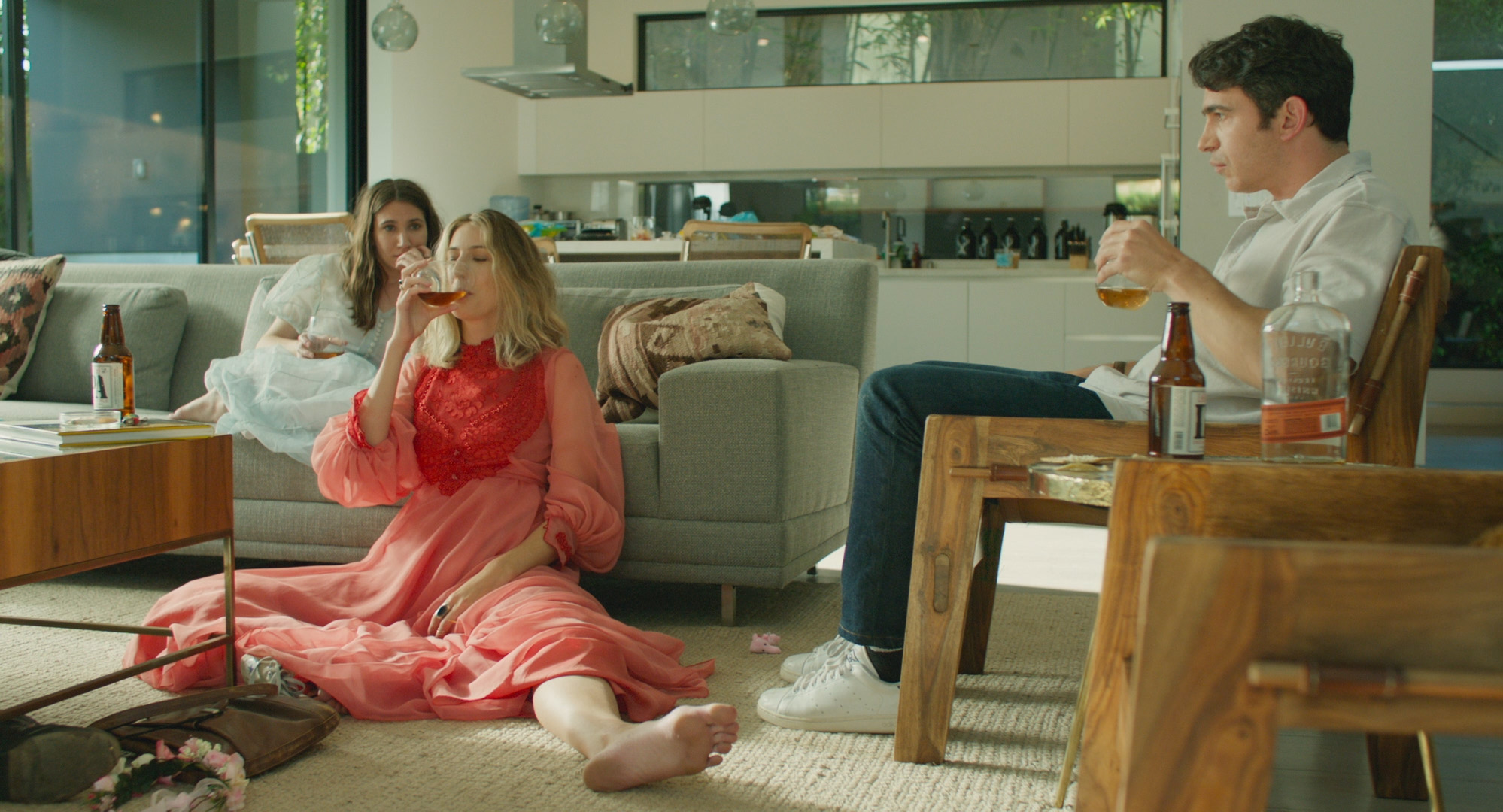 Don’t be fooled. Too Long at the Fair is no sugary chick flick. Inspired by a true story and starring its co-directors Jessie Barr and Lena Hudson (OM CITY), this directorial debut is an audacious take on the brutal reality of adulthood, sprinkled with crushed dreams, and a side helping of a kinky fetish. With sharply written characters and stellar performances by its talented cast, the 14-minute dramedy will take you on an emotional rollercoaster, leaving your head spinning and your heart desperate to go back for more.

Charlie (Barr) and Val (Hudson) are best friends and owners of a rather unique Princess Party business in LA. After a mishap at an important client’s party, the two meet charming divorcee Lee (Chris Messina – The Mindy Project, Sharp Objects, Vicky Cristina Barcelona) and what starts off as a fun adventure soon takes an unexpected turn that will change their friendship forever. Too Long at the Fair is wickedly witty and fresh, and it pulls off the difficult task of being simultaneously gentle, brutal, and deliciously unpredictable.

The short was inspired by the real-life friendship between Barr and Hudson, who met in college in NYC, and spent years performing in Bushwick basements. After Jesse moved to LA, the duo yearned to work together, even if it meant doing so cross-country. “Like so many women our age, we found ourselves grappling with impending adulthood and we wanted to capture that moment of transition in our heroines’ lives. We wanted to highlight their imperfections and watch them struggle against their own moral limits” – the co-directors shared with us.

Sure enough, an opportunity for a film idea presented itself when a friend shared that she was propositioned in the same way Val and Charlie are in the film. Barr and Hudson explained that “it felt funny and gross and ultimately pretty sad. We wanted to explore the way fantasy had a hold in each of these characters’ lives. Sexual fantasy, dream/play/princess fantasy, the deeper fantasies we have about what we hope our lives will look like, and what happens when those fantasies crash into reality”.

There is so much to love here. For me though, it came down to Val and Charlie, who felt as real as the two women who inspired them. Barr and Hudson spent a year working on the script and fleshing out the characters, which involved sending drafts back and forth, having long, weekly phone calls and numerous rewrites. Their hard work has certainly paid off though – the characters, with all their strengths and flaws, refusing to grow up or be weighed down by the burdens of failed relationships and broken family units, are hugely relatable. It is Val and Charlie’s relationship with each other, and not with Lee, that is at the heart of Too Long at the Fair.

Though the film was finished before the Harvey Weinstein case exploded around the world, it’s difficult not to see Too Long at the Fair through the #MeToo lens. For Barr and Hudson, it was interesting to observe the audience’s reaction to the film: “ It feels almost prescient in some ways. But while the film is in conversation with the themes that came out of that moment, it isn’t a story where there is a clear victim or predator. It was very important to us that all of the characters had nuance and depth, and that they are all participants in their own disillusionment.” This delicate balance further strengthens our emotional connection, as an audience, with Charlie and Val, and makes Too Long at the Fair strikingly fresh and impossible not to fall in love with.

Barr is currently working on her first feature film, Sophie Jones,  a coming-of-age drama about grief, girlhood and growing up, whilst Hudson is producing Plagiarist, a feature starring Jay Duplass, Maria Dizzia and Kate Lyn Sheil. Don’t worry though, the duo are also developing Too Long at the Fair into a series, so we’ll be seeing more of Charlie and Val soon!