An anthropomorphized stop-motion homage to classic film noir. Upon his release from prison Walter falls back in with his old gang of hustlers. In this con within a con will he be the one left holding the bag?
READ REVIEW
Next Previous 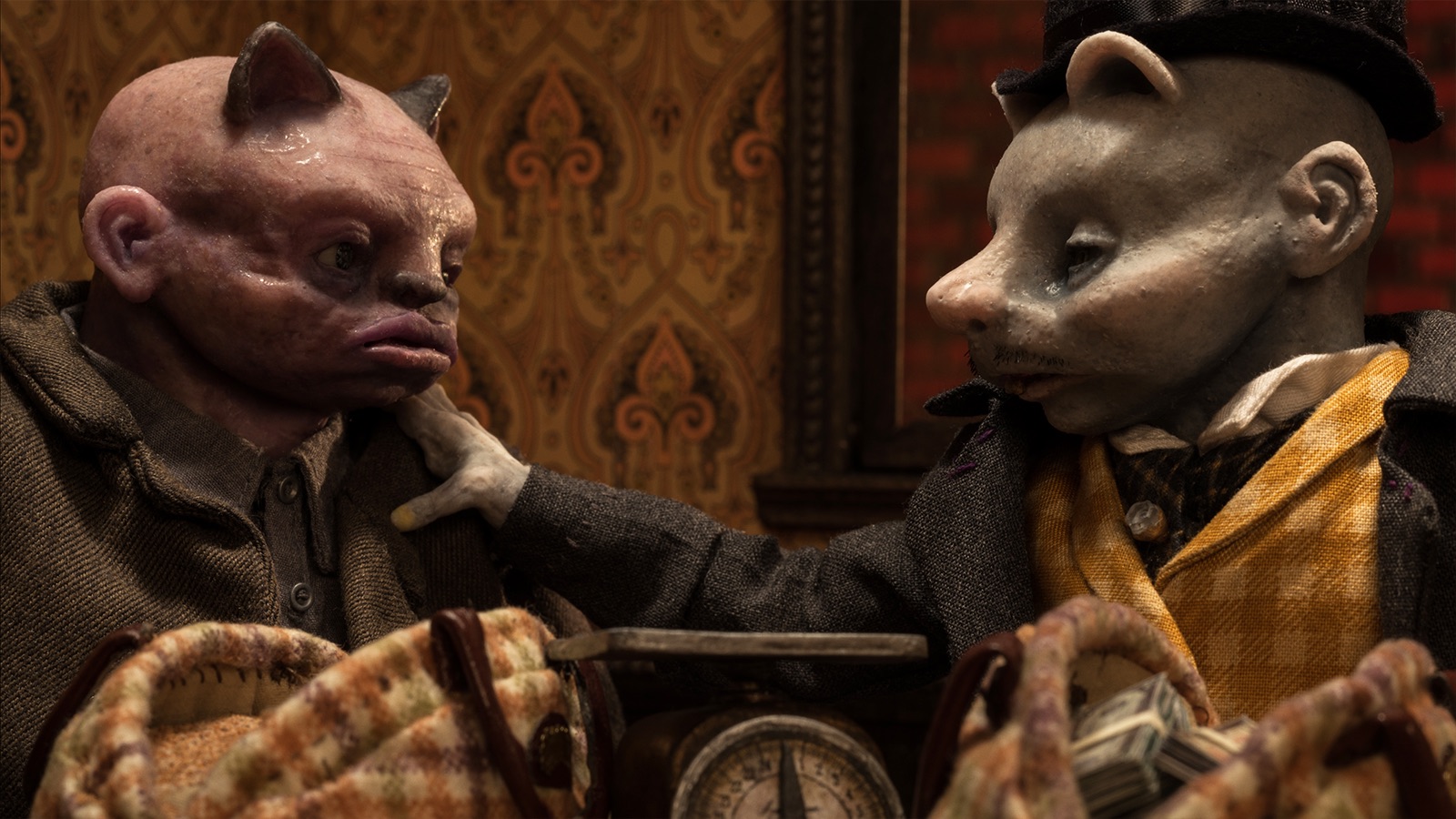 Film Noir about Greed in Stop-Motion
Directed By Nicholas D'Agostino
Produced By Pox Films Inc.
Made In USA

Sporting the most unique stop-motion aesthetic of any animated short in the past couple of years, Blind Mice is a tense, stylized, and surprisingly meditative trip through time, back to an era of three-piece suits and comically simplistic grifts. Walter, a petty criminal fresh out of prison, wants to go straight—but shady figures from his past convince him to do one last con…

With dark, vintage settings and costuming, the craft of Blind Mice is sumptuous, as is the character design. Such a distinctive look can carry a film far, and Blind Mice traveled to Palm Springs, GLAS, and Annecy over the course of its festival run before today’s online premiere. The marriage of period detail, stop-motion, and uncannily expressive animation made me think of the modern classic Madame Tutli-Putli, and though, like that NFB-classic, I found this film somewhat perplexing upon initial viewing, the plot is actually not too complicated. It’s a variation of the Green goods scam, evidently a common, and subsequently well known con from the early 20th century. Tragically for Walter however, there is a con within the con.

With Blind Mice, director Nicolas D’Agostino wanted to recreate what I imagine must have been formative pop-culture experiences for him, blending the fatalism of a certain type of film noir (complete with a femme fatale), with a classic cartooning trope—combining anthropomorphic characters with human ones in the same settings. Loosely inspired by the life of petty criminal George Appo, whom was hugely influential in inspiring the speech patterns and phraseology that was subsequently codified in early Hollywood crime pictures, there is a certain forced affectation to the writing of the dialogue that can be an initial turn-off for audiences, but the sensation fades over the course of the film’s 9 minutes.

Aside from the mechanics of the plot and its presentation, D’Agostino reaches for a thematic profundity, as the human-animal divide, an implicit racial-coding, and Walter’s longing to go escape his criminal life, all contribute to a tone of redemption denied by materialism, betrayal, and immorality. This larger cosmic struggle is mirrored in the film’s mark, a rural priest who sacrifices his churches meager collections in the hope of easy returns. That said, while this is a potent stew of subtext that enriches the film subliminally, I can’t say that there is any definitive statement that D’Agostino arrives at—instead Blind Mice is best experienced as a dark, and somewhat depressing crime film of unusually high artistic execution.

D’Agostino with an MFA from CalArts where he also now teaches, founded Pox Films Inc. alongside his producer and life-partner Courtney Azzara, and produces both creative and commissioned work in his distinctive style. Recipient of a Vimeo Staff Pick for his previous work, Ring Around the Mulberry Bush, D’Agostino tells us that he is currently developing a new film that he describes as “a meditation on a family tragedy.”