An ingenious short film narrative made up of entirely fake ads. What does a man, a woman, ice cream, chewing gum, dog food, beer, and a lot of other things have in common? Commercials.
READ REVIEW
Next Previous 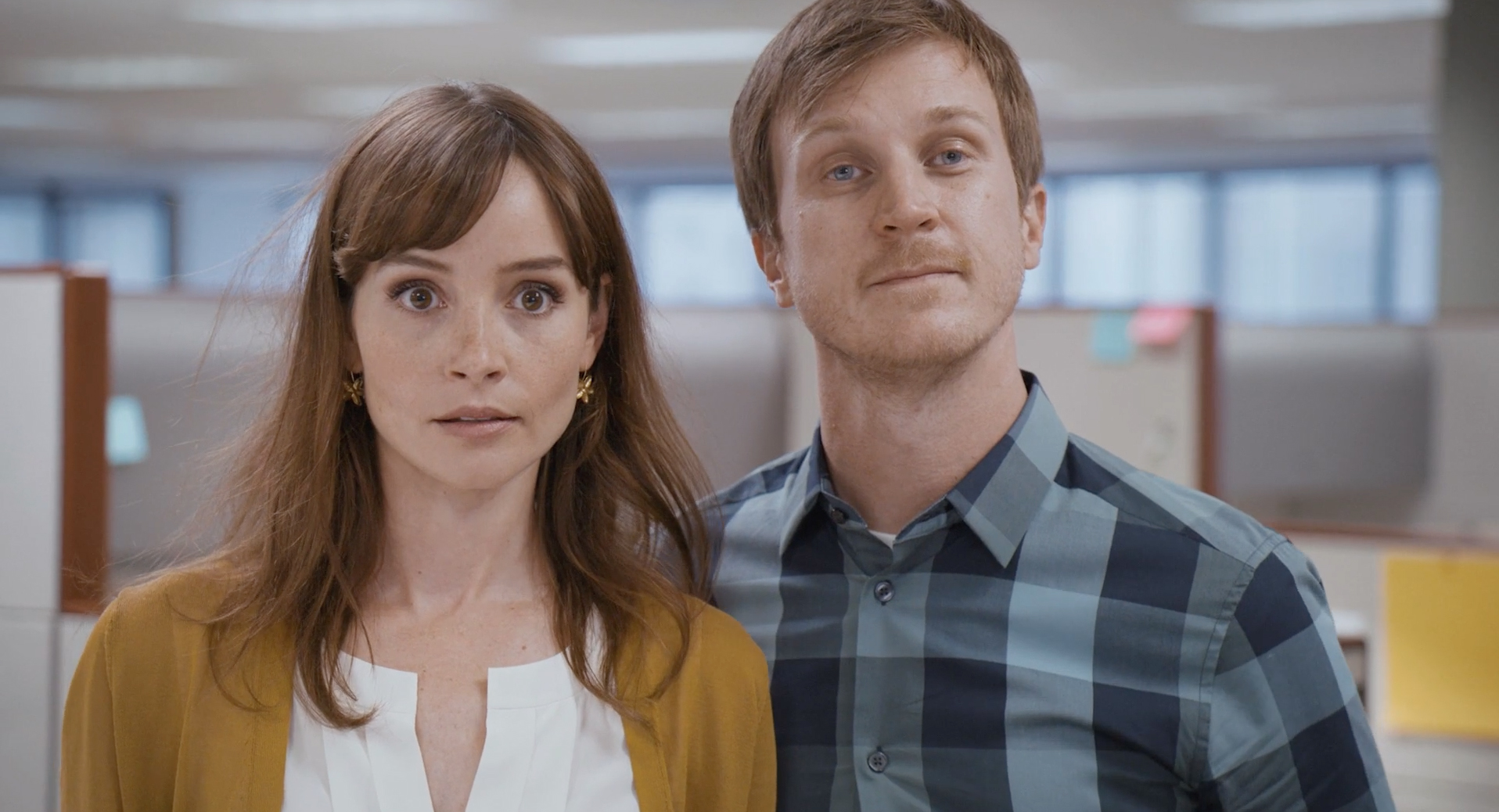 he sheer ingenuity and execution of Ben Callner’s Adman really impressed the Short of the Week team and made us rethink the power of short stories, particularly the short film’s ugly cousin—the commercial. Told entirely through fake advertisements, Adman is a cleverly constructed comedic love story that explores consumer culture and how a message can be transformed simply by the context in which it appears.

Brothers Ben and Adam Callner are a director/producer duo that are no strangers to the advertising world, having worked on major ad campaigns including Volkswagen, Verizon, and GEICO. It’s with this seasoned perspective that the Callner brothers utilize their talents to create such a tongue-in-cheek satire of their vocation. In its totality, the film is a rote, but enjoyable boy-meets-girl story, one that skips through the hallmark milestones of a budding relationship. In practice, each representative scene is designed as a TV spot for a non-existent product, hawking various products such as liquor, gum, or ice cream.

It’s a rather ingenious approach, and while the hit-rate isn’t perfect, creativity abounds—it’s astonishing how good some of the spots are, as well as how familiar—its clear how many of the tactics and techniques of the medium Callner has absorbed and re-appropriated. Yet within the jokes there is a tension. Advertising is designed to provoke feelings, and to be relatable to lived experience, but when grafted onto a life’s story arc, complete with joy and tragedy, the result is unnerving. How the film experiments with context in the way the scenes are shot and arranged within the story arc, and the juxtapositions therein, is compelling and slightly subversive.

Writer and director Ben Callner explains to Short of the Week what inspired the film:

“Years ago I saw two Super Bowl commercials air back to back; the first spot was a legitimate PSA about a recent natural disaster that tore at the heartstrings. The second spot initially appeared to be yet another heartfelt PSA about deforestation in the Amazon, only to then talk about getting good deals on bikini waxes and “Brazilians.”  It was supposed to be a funny misdirection, but came across in bad taste.

This unfortunate pairing of Super Bowl spots got me thinking; mainly, would that second spot have fared better if it was not immediately preceded by its own more serious, sympathetic mirrored-image?

I couldn’t help thinking about context and meaning and the impact of commercials and who creates value and why do I think of my wife every time I see Kombucha and does a love for pizza define someone… like, why am I known as the guy who loves pizza? Basically, are commercials more important and impacting than we even know? And on the flip side, is that a bad thing?”

Each spot in Adman can certainly stand alone, and together they allow the audience to connect the dots of the overarching story. The repeating characters and settings naturally aid in this cohesiveness.

On a technical level, repeating frames and camera moves while using the same piece of music to first make people laugh and then cry was essential to the film’s success and draws inspiration from real ads. Such craft unravels the very formula that advertisers use to get consumers to buy products and interact with brands on a micro level. Impressively, there is something strikingly familiar about each commercial that plays like a scene within the larger narrative. How recognizable each ad appears down to the last whip pan and text placement is utterly astounding. While all of the commercials within Adman are for completely fake brands, the commitment to the craft makes for a very fun watch.

Yet going back to that quote from Ben, the juxtaposition of the format allows for a meta-commentary. Sometimes it just feels…wrong, and the placement of humor, and corporate shilling at inappropriate times within the larger story arc feels at times like a subtle indictment of the medium. It’s not a grand manifesto, but it teases a lingering uncomfortableness with both the pervasiveness and power of commercial storytelling, and how its storytelling can be received poorly, transmitted as it is into millions of homes, to be received by millions of people, in various stages of their own life’s drama.

But, on a fundamental level, Adman is mostly breezy and enjoyable, an unconventionally told love story that is funny and heartfelt. It even has a sex scene—spoiler alert!—between a giant ice cream carton and a human. If that’s not dedication, I don’t know what is.

Taking the cleverness of their formal approach a step further, the Callner brothers have set up a cheeky website that you can see each spot on its own and even in a different order. Designed to look like a generic commercial director’s reel, they hope that people will discover the story in their own non-linear way, and are curious as to the way’s the story can be remixed. You can check it out right here!