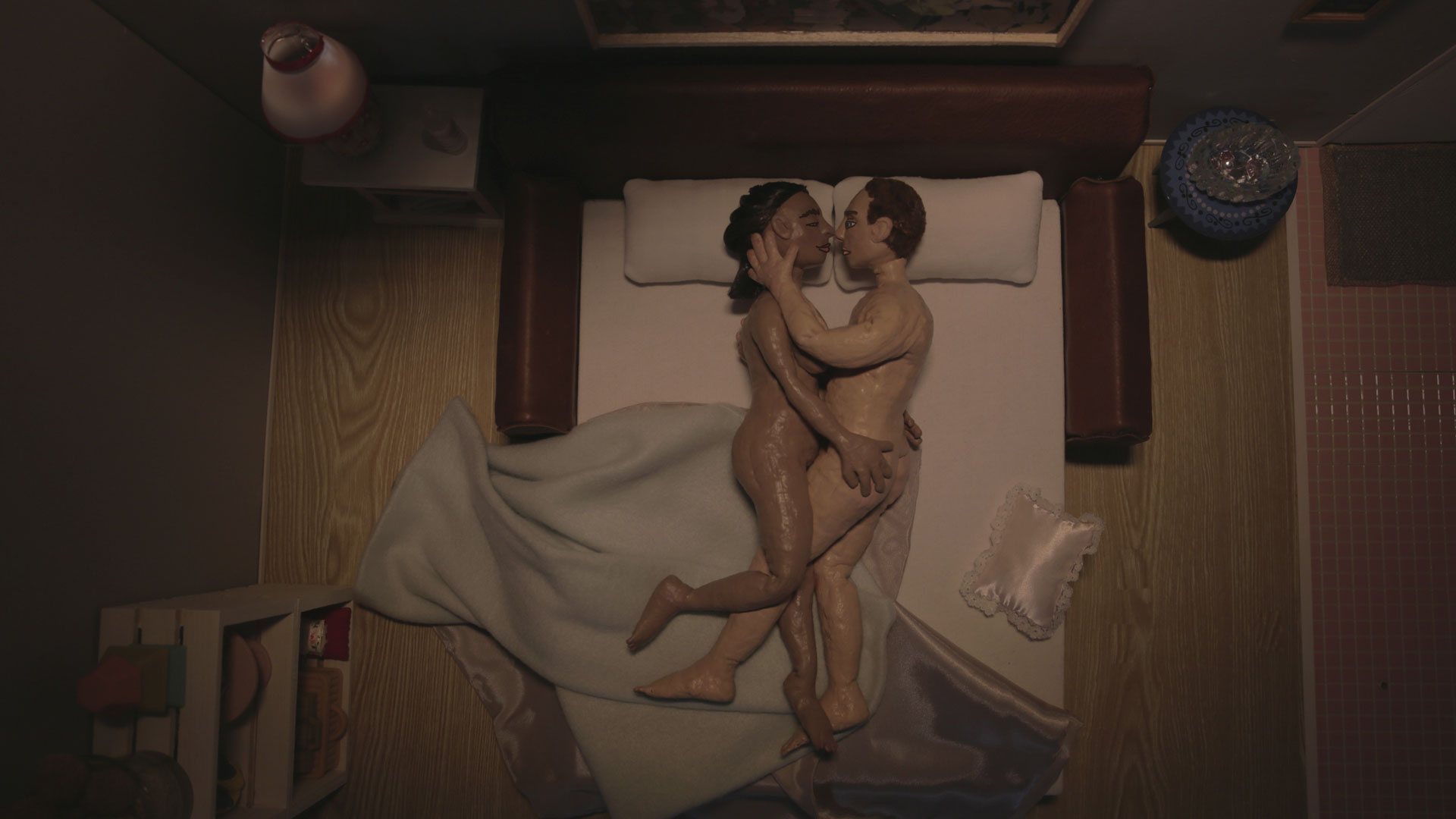 In general, the world of stop-motion animation tends to be a somewhat strange niche. Even within the larger medium of animation itself, which lends itself to the fantastical, stop-motion often pushes the envelope of the surreal. So, the very fact that Emily Ann Hoffman’s much lauded Nevada is about such a “normal” topic—a couple dealing with sexual intimacy and a birth control mishap—makes it feel downright subversive. Rarely are stop-motion puppets used to tell a story like this—personal, raw, and relatable. The closest corollary I can think of from mainstream cinema is Charlie Kaufman’s Anomalisa, and even that had a high-concept twist in its depiction of a businessman crippled by mundanity.

It’s Nevada’s unconventional approach to telling a relationship drama that makes it so compelling. After all, this is a story that could just as easily have been a low-budget live-action indie drama. But, those kind of films are a dime a dozen; Hoffman’s unique visual approach—a combination of wire armature puppetry and hand-drawn facial expressions—give the material a much needed spark.

Its interesting style aside, the foundation of the film is its sharp writing. It unflinchingly deals with the awkwardness of sex, showing how two people can be both intimate and guarded at the same time. Humor becomes a shield. And, so, both Zoe and Eli address the issue at hand while also avoiding its weighty implications. Their sarcasm and repartee is at times endearing, but it also hints at a companionship that is still in its early stages—they can envision a hazy future together, but they still can’t see through the fog.

So many relationship dramas focus on a “couple in crisis,” but this isn’t that kind of film either. Yes, it’s ostensibly a “heavy” topic, but Hoffman’s writing avoids melodrama while still leaving the viewer with a lingering sense of melancholy. Despite the jokes, the film seems to be subtly suggesting that the emotional burden of this incident will have a much greater impact on the female partner. In contrast, as Eli fumbles through the awkwardness of the situation, it’s clear that his experience is a more ephemeral one. Nevada won’t stick with him forever. It’s hard to imagine Zoe will ever forget.

Nevada played Sundance and Aspen and won best animated short at Palm Springs. It ends its festival run with a Staff Pick premiere. Hoffman, both a Sundance Ignite Fellowship Awardee and an Emerging Artist Fellow at the Jacob Burns Film Center, has been additionally awarded a screenwriting mentorship with Sundance’s Feature Film Program. We’re excited to see her continue to explore female sexuality, body, and vulnerability, through a comedic lens, hopefully sticking with her distinctive brand of animation!