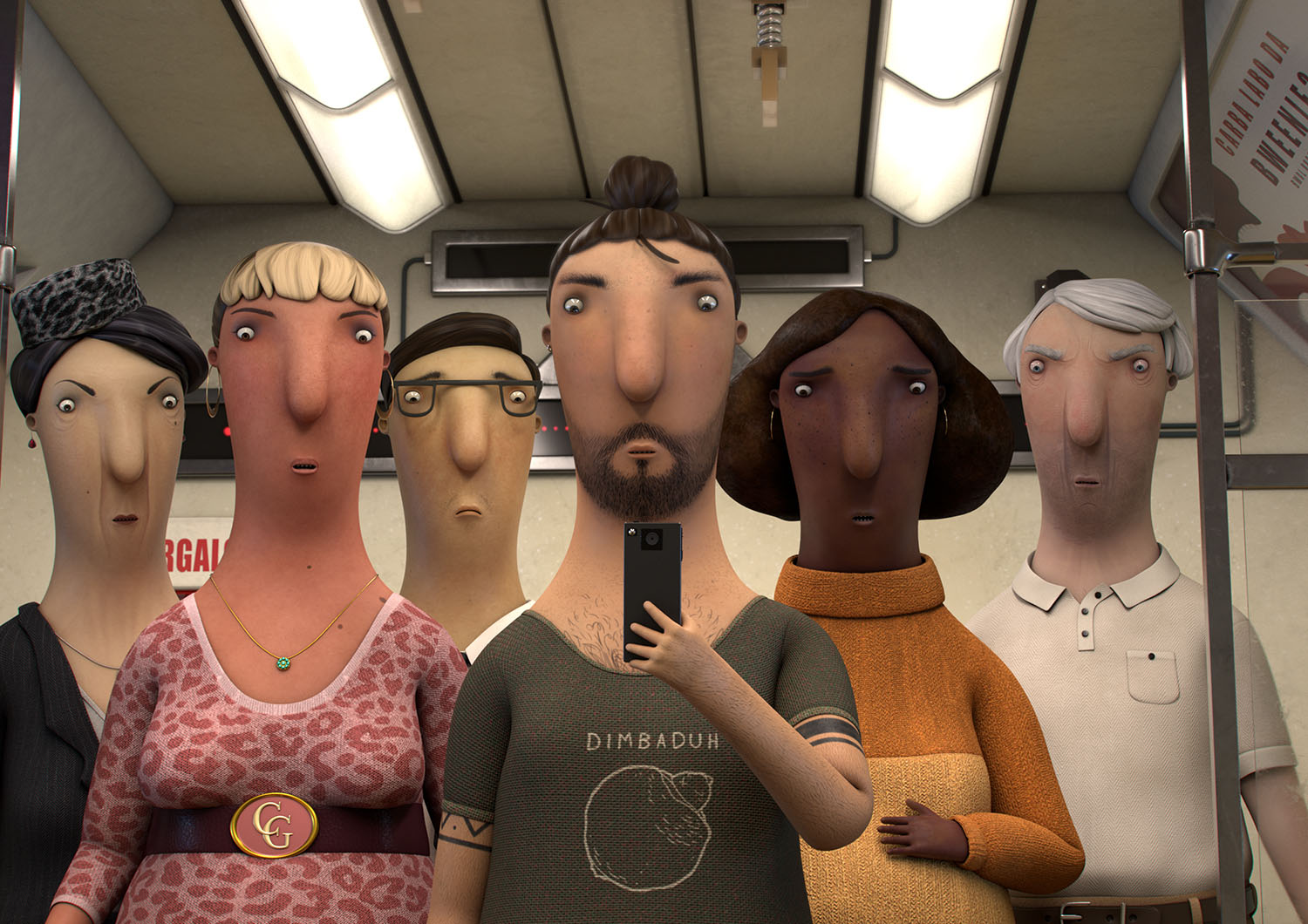 What happens when a bunch of people are trapped on a speeding train? Hopefully not what you’re about to see in Tue Sanggaard’s Animals… One of our favourite grad films to come out of Denmark’s Animation Workshop this year, the six minute animation is an explosion of jaw-dropping hilarity, bad taste taste, and sheer brilliance. NSFW, with nudity and graphic violence, Animals is not for the faint of heart. If like me, you get a kick out of seeing a bunch of humans getting naked, pissing everywhere and beating the living shit out of one another just for lols, then you are in for a real naughty treat!

When the train doors fail to open at the train station, the people inside get understandably irked. But when the same happens at the following stop, and the one after that, things quickly start to get out of hand. And that’s the biggest understatement of the year… Animals is perfectly rendered to evoke disgust—the realist 3D style paired with the breathy soundtrack, push this effect to the extreme. The result is an equally impressive and disturbing piece of film, impossible to ignore or erase from your memory.

Sanggaard was inspired by his observations of human behaviour and society. “I hope to make people feel a wide range of emotions, and raise a bunch of questions about what a human is, how our society is structured, where we are headed as a civilisation and how we treat each other along the way” he shared with us.

Many will wince and wrinkle their noses at the film’s sheer uncompromising vulgarity. Perhaps they prefer their satire more middlebrow and mature, but Animals is undeniably funny. You know you shouldn’t laugh. That it’s wicked wrong, yet somehow it’s impossible not to. And when the giggles finally subside, you will be left with a confused expression on your face and a burning question on your mind – did I really just see that? And then you’ll probably watch it again. And again…

Sanggaard is currently working on a short film/VR experience called Inanimate. He is also developing several short films and short VR projects and potentially even a feature in the near future. As a fan for life, I will certainly be following his career closely, so stay tuned!