When two friends meet up for lunch in Hollywood, their obsession with fame and a series of violent mishaps sets them on the run from the police.
READ REVIEW
Next Previous 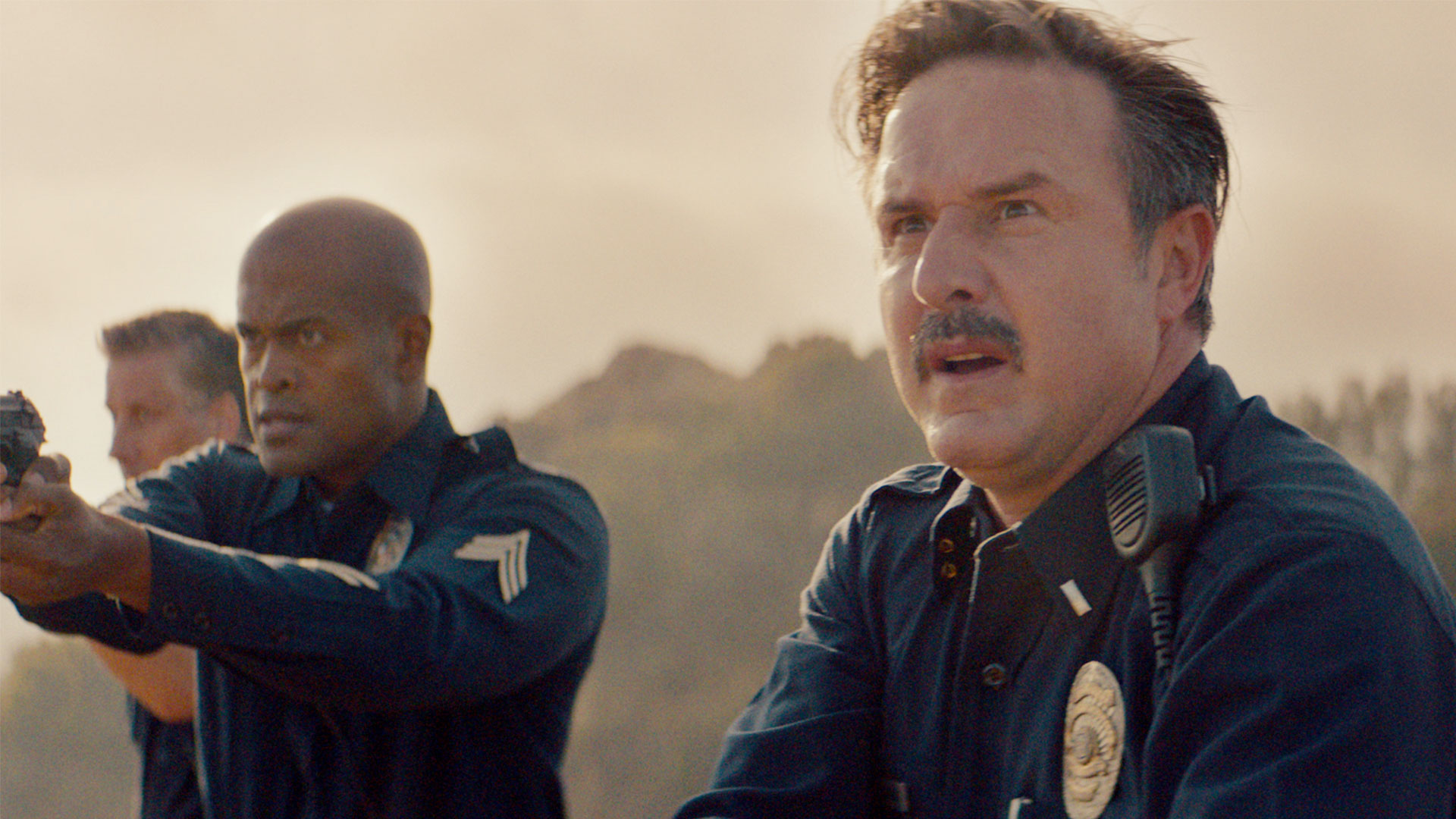 Although the odds are against them, every year a flood of hopefuls make the move to tinseltown in order to chase big Hollywood dreams. With some talent and a ton of luck, they too can be the next big thing. Or….in reality…they’ll be a never-was, serving overpriced coffee to other never-beens while pretending they all have something “going.” Welcome to LA…

The Big Break is a big budget action send up of this feeling of hopelessness, of fighting against a vapid industry—a sort of Falling Down for the Hollywood hopeful. It’s a self-aware pastiche of industry clichés married with broad action beats and satisfying one-liners.  Cathartic and hilarious. It’s also an accomplished bit of filmmaking—polished and well-shot, with high production action sequences and a plethora of “name” talent. Sneakily, writer/director Gil Freston gets to make fun of the industry, while also making a polished pitch for getting work in it.

Obviously, Freston is writing from experience. As he relates to Short of the Week:

“As a collection of us were stuck in the purgatory/paradise of Hollywood, we wished to create a satire of life in LA and the state of the modern-day entertainment industry. In doing this we found a deeper commentary on millennial culture, American life, and ego in general. We wanted the whole thing to be tongue-in-cheek, making fun of people who take themselves very seriously.”

Freston and his team get the tone just right—The Big Break is a love letter to movies (mainly 90s action/buddy cop films), yet it’s skewering them and how they are made. It’s also never boring. That may seem like faint praise, but it’s a relatively long film in the world of short comedic satire, so it’s impressive how Freston captures a viewer’s attention throughout. As soon as I felt like things were losing steam, the film would throw out a perfectly timed joke or high-production value action sequence to keep me hooked. This all culminates with what is probably the funniest moment in the film, a perfect button of a joke as a cop (Jude B. Lanston) watches his partner (David Arquette!) grab the dying protagonist’s hand: “They were in the same acting class.”

The struggle is real folks…fake it until you make it.

Freston is about to enter pre-production on his feature film, Edge of Fear.