An unlikely connection sparks between two creatures: a fiercely independent stray kitten and a pit bull. Together, they experience friendship for the first time.
READ REVIEW
Next Previous 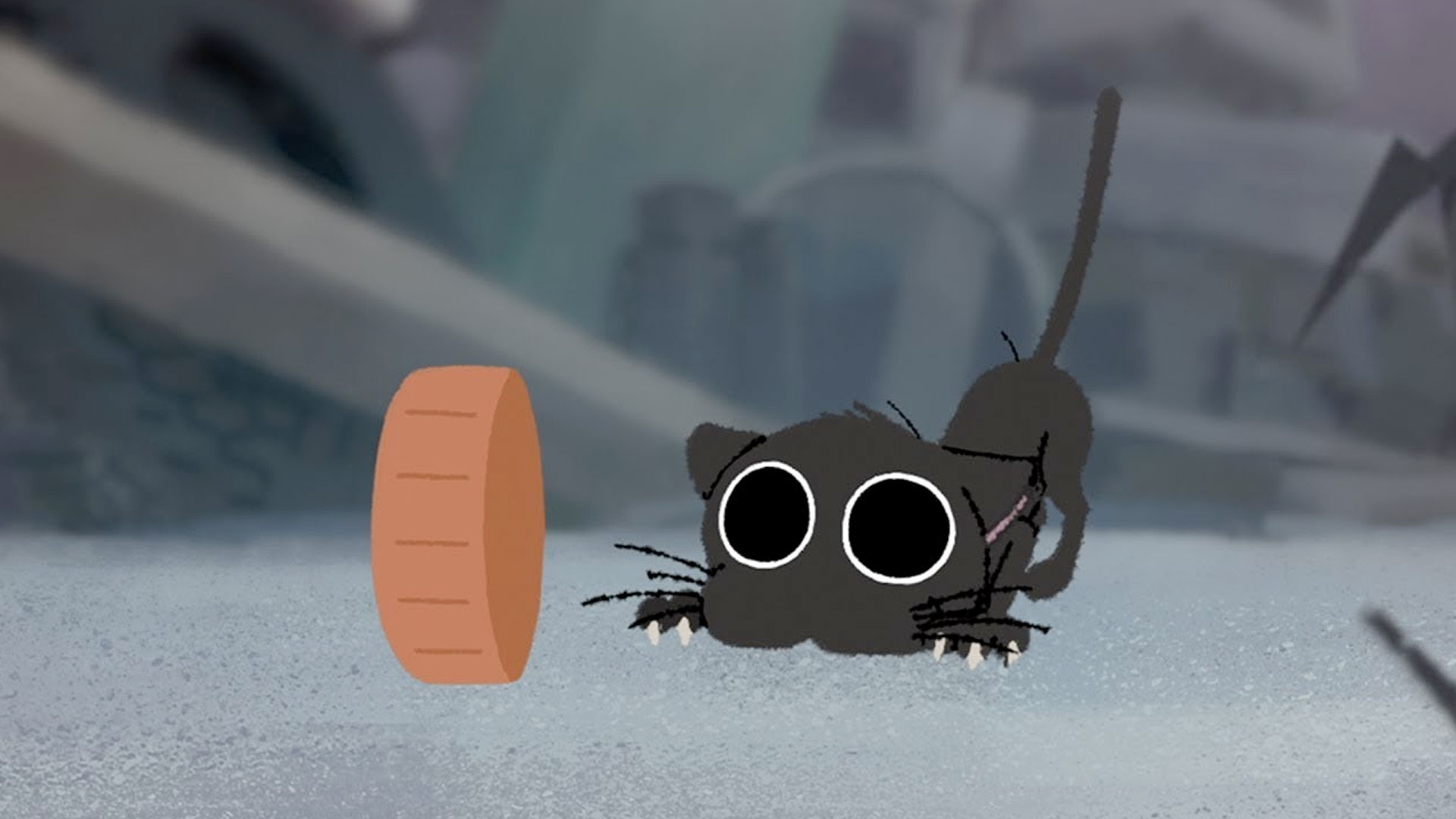 If there ever was a short tailor-made for the internet, it’s Kitbull, the latest from Pixar’s SparkShorts Program. YouTube viewership was practically built on cat videos. Throw in a dog in need of some love (distributed under the Pixar banner of course), and you have heartstring tugging, SEO bliss.

Sorry if that previous sentence came off as shrewd—I don’t mean to imply that Kitbull, directed by Rosana Sullivan and produced by Kathryn Hendrickson, is a manipulative film. In fact, I’d argue the opposite. It’s obviously aiming for emotional beats, but the film earns those moments organically, showing a friendship that builds naturally, juxtaposed against a backdrop of violence and abuse. The latter subject could come off like a PSA, but the film doesn’t really go there. It implies the bad stuff without viscerally relishing in it, which makes it both palatable for a wide audience while still retaining a hint of darkness and grit that is often absent in “cutesy” animation.

The other major departure is, obviously, the animation style. Pixar, for all intents and purposes, created CG animation as a genre. So, the fact that that Kitbull is traditional and 2D feels practically daring. I really dug the character design, simple but evocative with a lovely muted color palette, which, again, goes against the studio’s tendency for kinetic and hyper saturated visuals. The result is something that is an emotional and effective watch.

It’s also incredibly popular! Released just yesterday, the film has already racked up 2 million views. While views aren’t representative of a film’s quality, It’s rare for a short film to gain such cultural saturation so fast. I mean, how often is a short film…*gasp*…trending?! People really…really like this film. Does that have something to do with subject matter? The story? Pixar’s weight as an animation powerhouse? Perhaps, all of the above?

Pixar launched SparkShorts as a way to discover new storytellers, explore new aesthetic techniques, and experiment with new production workflows, all in an effort to produce films that will be released directly online. Kitbull is the third film in a series of six (following Purl and Smash and Grab) and so far, we like what we’ve seen!