One of the nominees for Oscar, volunteers from a German nonprofit risk the waves of the Mediterranean to pluck refugees from sinking rafts in the middle of the night.
READ REVIEW
Next Previous 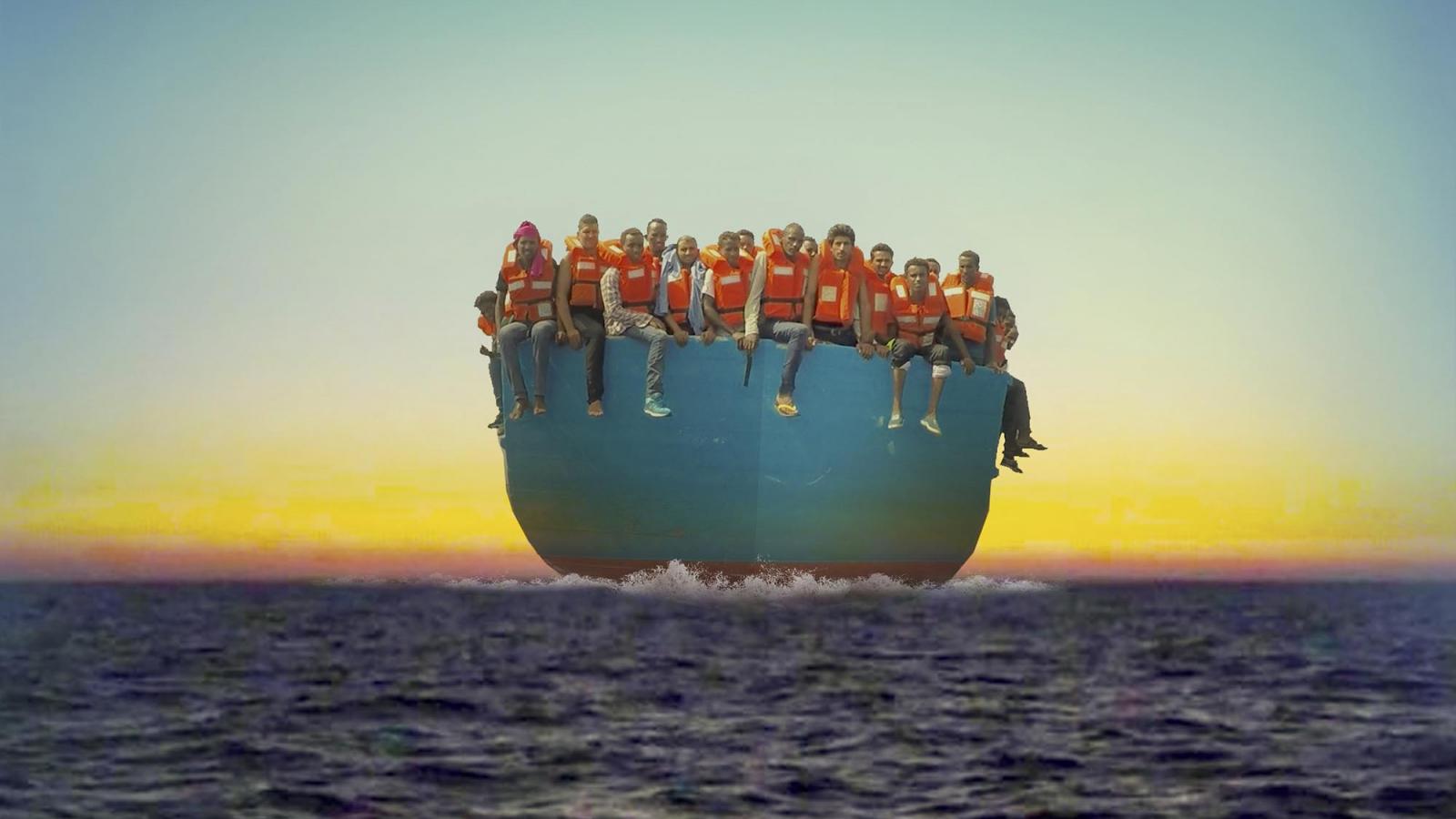 There’s something to be said for the limited depth of our empathy when reading about a crisis compared to seeing it. Documentary has thus become a powerful tool for awareness and social change, giving a face and a voice to the otherwise undifferentiated mass of suffering people across the world. Skye Fitzgerald’s 34-minute Oscar nominated short documentary Lifeboat brings home an ongoing tragedy in the Mediterranean Sea off the coast of Libya in a truly visceral way that leaves a cold feeling in its wake. Released by The New Yorker, this chilling doc presents the ongoing refugee crisis surrounding North African migrants attempting to make it across the sea without fluffing it up with emotional bouts of unnecessary drama (as if it needed any). Fitzgerald’s entirely dressed-down approach is refreshingly raw, and allows the story to stand alone, capturing the desperation of thousands of nameless people whose individual experience is otherwise lumped into a banal and neutered term like “migrant crisis”.

A warning for those with weak stomachs, Lifeboat’s opening scene is a shock to the system and you should be aware that the dead are not edited out simply because it might make you feel uncomfortable. The sound of howling wind almost entirely eclipses the first cue of music as volunteers in dust masks retrieve bodies from what appears to be a deflated boat on a beach in the dead of night. An activist in his own right, Fitzgerald goes for the jugular from the start and its with this vibrato that he truly impresses.

Lifeboat is the second installment of a trilogy of short films exploring the global refugee crisis and is produced by a small team with limited filmmaking means. The first of which is 50 Feet from Syria, a film about a Syrian-American doctor, Hisham Bismar, who volunteers his services to victims of the Syrian civil war. Turning his gaze toward the Mediterranean, Lifeboat follows volunteers captained by an impassioned ex-hunter of walers, Jon Castle, and illustrates an intimate perspective from the German nonprofit vessel as it combs the sea hoping to rescue fleeing migrants from sinking rafts. Between hearing Castle’s empathetic outlook on the situation and witnessing how search and rescue actually operates, cutting between camera operated shots and bodycam footage, it becomes all too real. Gone is a problem thousands of miles away when you can actual see the fear, sweat, relief, desperation, and sadness on a person’s face.

As if he knows that he is playing his audience like a well-strung instrument, the start of the second half is entirely to-camera interviews from survivors about what they had to endure and why they fled. Tales of imprisonment, rape, and torture spoken from the mouths of individual people give more meaning to such words than anything else could. And while Fitzgerald’s intention was always to make a film that moved people into action, it also leaves us with dread for those who are still adrift as country-less people, looking to start a new life in what they hope is a more hospitable world.

Fitzgerald’s greatest struggle in making this documentary was gaining the trust of search and rescue operators in the Mediterranean and convincing them that his team could tell their story in a meaningful way. Inspired by how civil society intervention was saving more lives than the world’s nation-states, Fitzgerald had every reason to join the cause in helping asylum seekers.

Filmmaking can be a weapon of change and Fitzgerald is well on his way to making a difference. You can tune into the Academy Awards Sunday, February 24th to see if it will take home an Oscar!