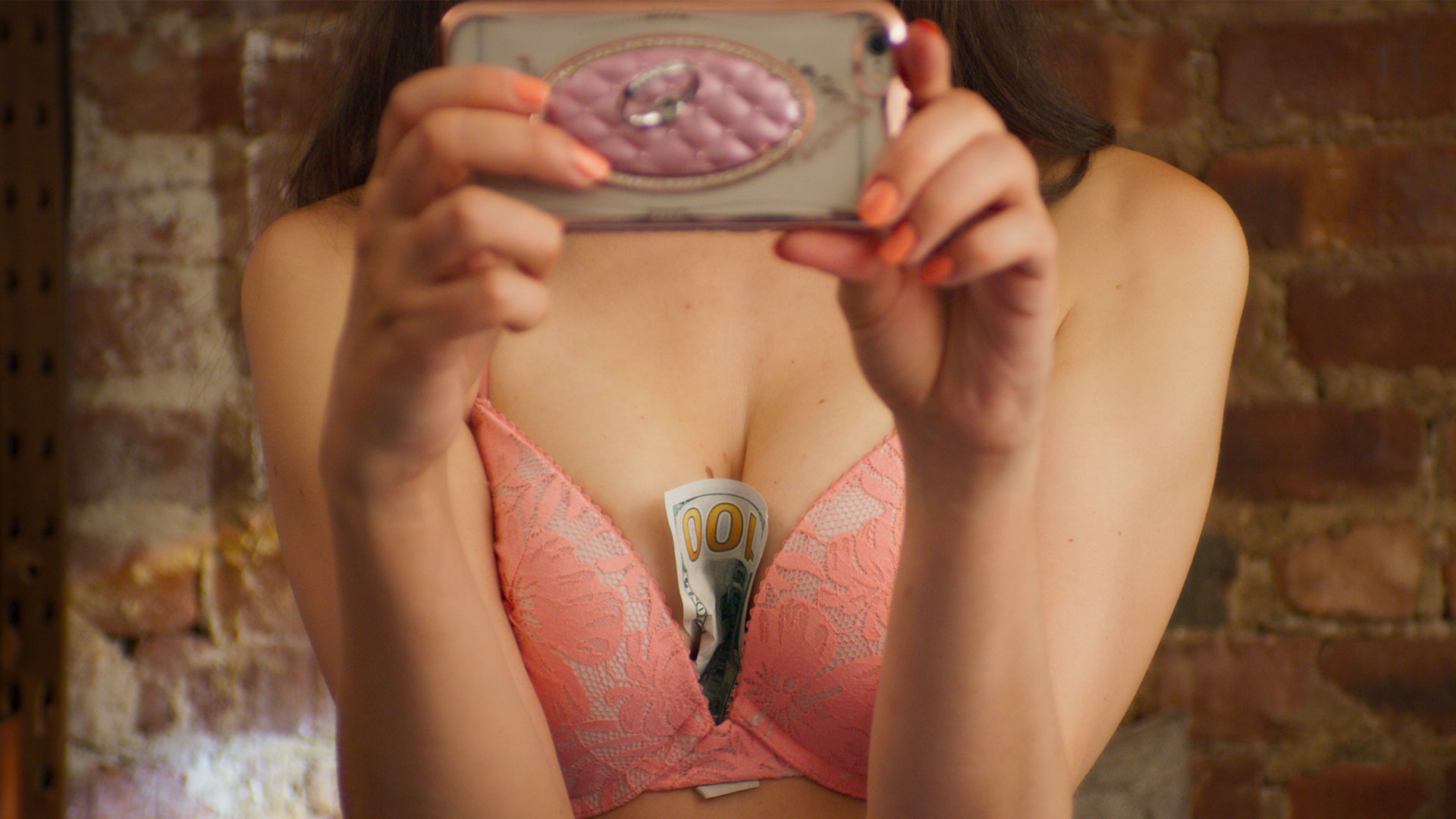 The internet certainly didn’t spawn the idea of transactional sex work, but it sure as hell streamlined it. If you can think of a fetish, you can damn well be sure there is a marketplace for it with a queue of willing customers. Director Hunt Beaty (a S/W alum for last year’s The Sound of Your Voice), along with his small team of talented collaborators (José Andrés Cardona, Wesley Wingo) of Six Short Films, returns to the site with this interesting dissection of character and society—a look at the sub-culture of Pay Pigs, men who get their sexual kicks via transactional donations to an all-powering dominatrix.

It’s a lurid, inherently fascinating subject—the kind of thing that taps into our innate, primal interest in all things sexual, backed by the socio-economic baggage of a capitalistic infrastructure. Paying for sex isn’t new, but technology and consumerism have changed the game. A film like this could have easily gotten weighed down by the cornucopia of topics its addressing…sex, money, power, gender roles…it’s almost too much for a ten minute short to contain. But, Beaty, wisely, keeps the focus on these two characters and the odd power dynamic between them. He takes what could have been a didactic think-piece, and makes it a compelling character study. After all, it’s counter-intuitive that a big, strong “manly man” like Blane would enjoy being emasculated. Likewise, is Lexi just a craven, evil capitalist? Or, is she some sort of pioneer—a feminist who has broken through the glass ceiling to manipulate the type of man who would typically be the oppressor? Or, moreover, is she her own kind of slave, dependent on the gig economy to survive?

The film doesn’t provide clear answers, but it presents such a complex conceptual stew that it’s all so damn entertaining to ponder. Moreover, neither character is truly a villain. The film constantly seems to be adjusting our understanding of who the “victim” is. I can’t tell if Blane is the more sympathetic character, or if I just think that because I’m bringing my own white male cisgender bias to the table.

Visually, Beaty keeps things interesting, harnessing an edit style that is engaging, with a clever implementation of “screen-life” techniques. As our lives become more and more screen based, it’s interesting to see how filmmakers have translated this obsession into narrative cinema. The extreme example is something like last year’s thriller, Searching, which takes place entirely on a computer screen. But, Beaty finds a happy medium here, incorporating traditional narrative cinematography (the film was shot and edited with finesse by José Andrés Cardona) and marries it with the dynamic, alert-based nature of our screen culture. The YouTube confessionals provide some nice insight into the outward appearance these characters are projecting.

If there is a complaint, it suffers from “first act” problems—the movie does that annoying short film thing of ending before having to figure out a true conclusion. But, to be fair, like most internet relationships, the eventual meeting IRL between these two players would have been disappointing—it’s obviously not going to go well. And, so we get this terrific frame of Blane—the perfect male physique—swallowed by the big city crowd. Another lost piggie in search of a master.

Sundays, a film previously featured by S/W and created by the Six Short Films crew, will be playing at this year’s SXSW. You should also check out their staff picked short F*ck Bunny, directed by Wesley Wingo. The amount of work this team has produced over the past year is undoubtedly impressive—a real testament to the power of tenacity and creative talent. Expect big things.