After an uncomfortable break up, a couple tries to share their apartment with each other as well as an annoying ghost that appears. Bleeding ceilings, smashed dishes, and non-stop shrieking becomes another thing for the two of them to not talk about.
READ REVIEW
Next Previous 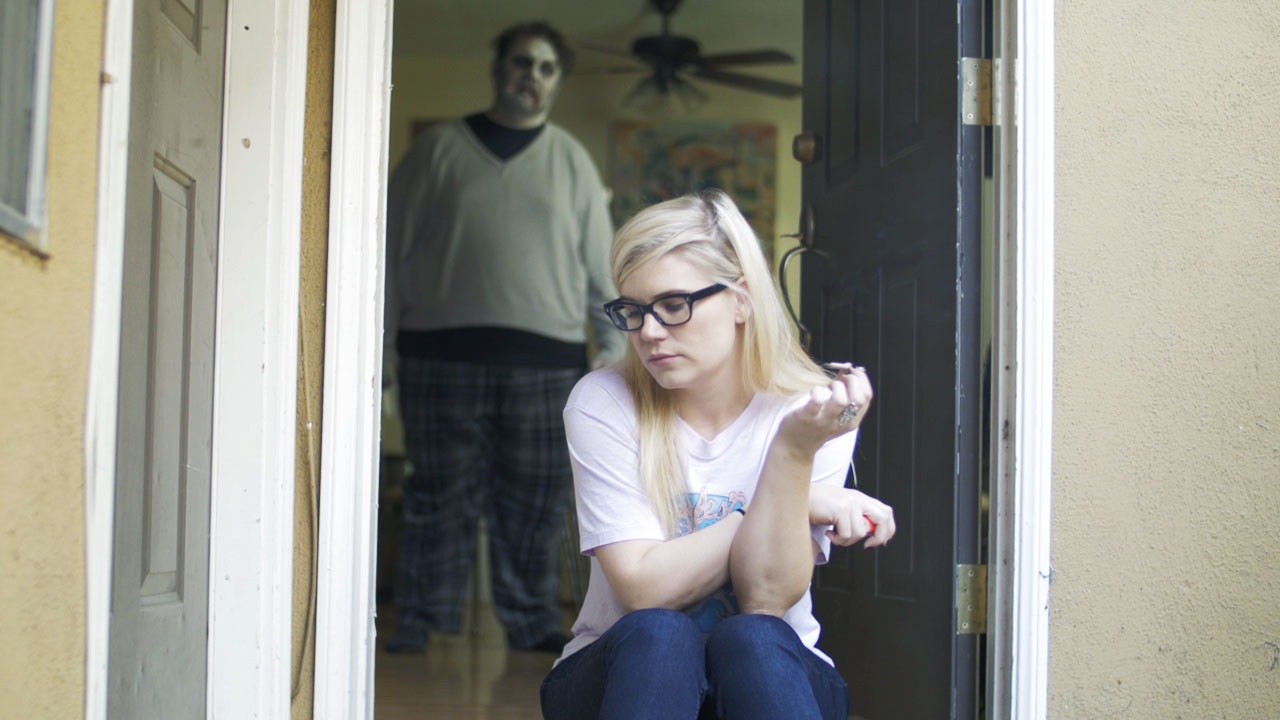 With a premise time-warped straight from 1990, Lease from director/writer Adam Murray is a hard film to describe. It’s a tonal mish-mash: a combination of goofy studio high concept and real relationship drama. Couple breaks up. Couple still shares a lease and is forced to live with one another. Ghost moves in. Sure. Why not…

But, while hijinks do ensue, Murray’s handling of what is potentially ridiculous subject matter is surprisingly controlled. This isn’t a film that’s going purely for laughs, but it’s also not shying away from them either. Moreover, it crafts a relationship between two people that feels relatable. I admire a film that isn’t afraid to be really stupid in order to say something smart.

Obviously, the ghost isn’t the point—a failed relationship is. And, Murray wisely keeps the film’s focus on it. Yes, there are a few supernatural gags, but they’re not the centerpiece. Rather, the poltergeist that takes up residence becomes a symbol for all the things this couple isn’t saying to one another. It’s the elephant in the room—the albatross of feelings that sort of just hangs over both protagonists as they silently wait for their time together to come to an end.

All of this is carried with aplomb by clever writing and strong performances, especially that of Rory Uphold. Uphold, a Short of the Week favorite, manages to handle both the comedy and drama without succumbing to the weight of either (she also helped consult on the script during the shooting process). Combine this with an ethereal soundtrack from Tyler Parks Burton and it’s easy to overlook the film’s shortcomings— it’s probably a little too long…the cinematography and production design are both a little bland. It’s proof that if you have a good script and actors, audiences (or at least a curator of a niche short film site) will come along for the ride.

As Murray relates to Short of the Week:

“We’ve all experienced the end of relationships in one form or another, but hopefully people walk away from the short remembering that there’s still life and hope after your heart breaks. Not every break up ends in a gigantic display. Sometimes relationships just have shelf lives, and come to a whimper of an end or a mutual understanding. You get what you can from that experience and move on. And even the sad memories we hold on to help turn us into more loving people, and educate us in future relationships.”

Murray shot the film over the course of five days on a teeny-tiny budget, working with a dedicated team of longtime collaborators. This is an underseen little indie gem. Give it a watch.