The bittersweet life story of a young girl who grows up to be a crazy old cat lady.
READ REVIEW
Next Previous 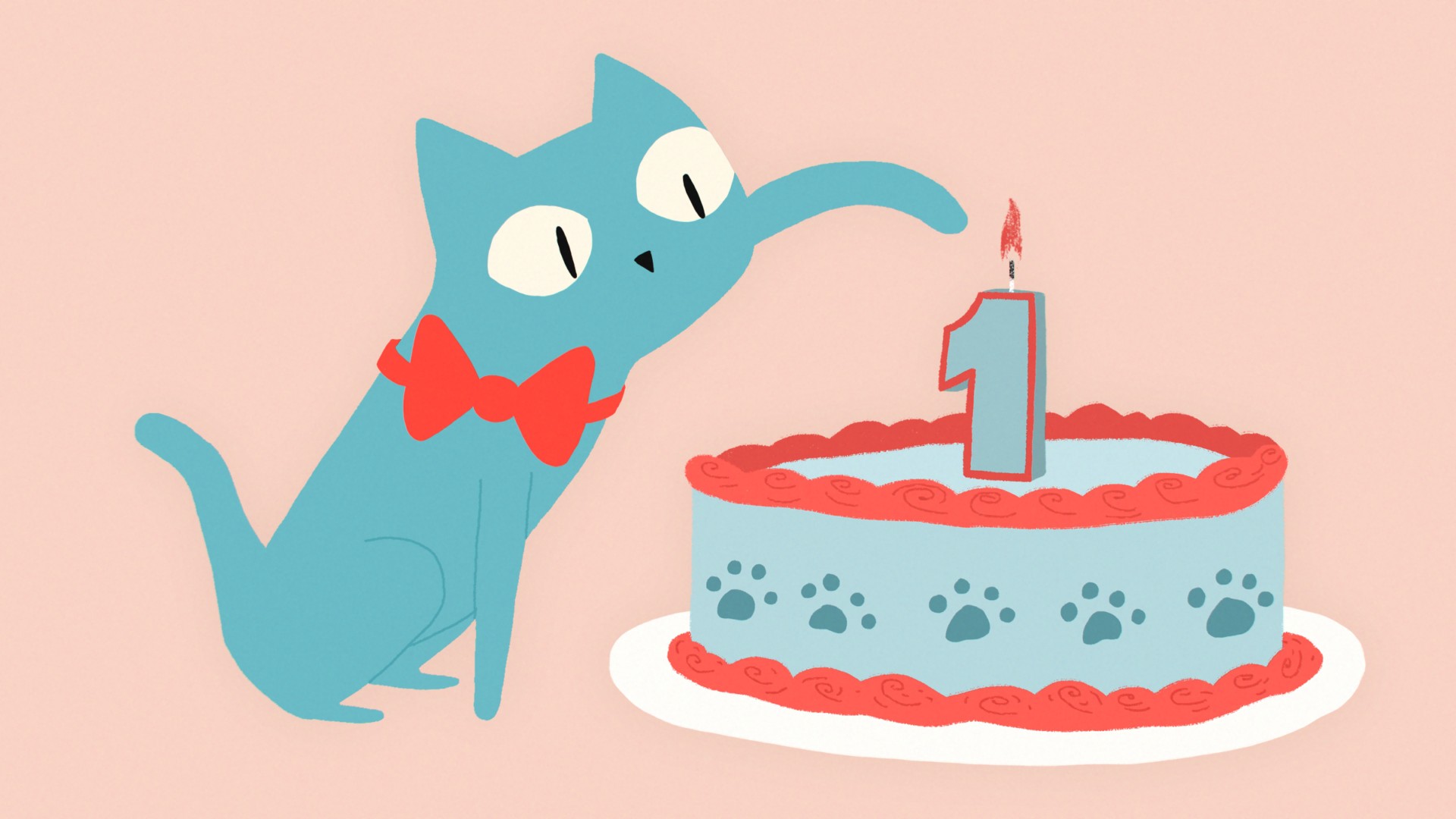 A clean, colorful animation about a woman who loves cats. Yay? I’m always game for pretty aesthetics, and the internet loves cats, but Catherine, via its pitch, hardly feels essential. However dear viewer, this Belgian short film hides a secret—in the words of its creator, Britt Raes, it is “…not only a movie for cat lovers, it’s definitely also for cat haters!”

It really is astonishing what a misanthropic heart Catherine has. On the one-hand it’s a rather sensitive coming-of-age story that deals with familiar themes of self-esteem and disconnection, while genuinely celebrating the bond between pet and owner. That said, there is no elevation or growth to be found. In what is hopefully not too autobiographical of a plot, Raes—an on-the-record cat-lover who notes to us that she someday wishes to be reincarnated as a cat named “Fluffy”—seemingly acknowledges a deeply uncomfortable power imbalance in the animal/human relationship, and the way that the acceptance and unconditional love of pet-ownership is often simply an escapist salve for deeper inadequacies. As such all the beats of the film that look sweet, and which play into familiar arcs of the genre—from loving responsibility, to self-acceptance, to romance—are tinged with sour underlying notes, and this subversion is both surprising, and deeply, morbidly, funny.

I first saw the film at SXSW 2017, and, for the audience, the film provoked those same sort of uncomfortable belly laughs that one associates with truly outrageous midnight screening films. I loved it, it was my favorite animation out of the festival, and it is the mismatch of tone between its gorgeous, almost twee, animation style and somewhat depressing nature that make it memorable. Conceptually, this combination of traits feels reminiscent of S/W fave Julia Pott’s work, and thus it came as no surprise to see that she is credited in the film as a creative mentor to Raes.

Speaking of the animation, it is quite notable. Produced by Creative Conspiracy with the aid of The Flanders Audiovisual Fund and Belgian Tax Shelter, Raes supervised an impressively sized production of 5 animators, along with various compositors and background artists. It is exceptionally clean in design, with almost nonexistent backgrounds—better to bring forward via contrast the expressive color palate Raes chooses. Split into three parts, representing different ages in Catherine’s life, each section of the film is principally drawn by a separate animator, however it is in the transitions that the film shines, and Raes took control of these tricky sequences herself. These clever, morphing shots both delineate scenes, but also fluidly traverse reality and fantasy. Paired with the use of color, the film is able to relate the interiority of Catherine’s character with a legible clarity that is remarkable for film of any type or genre, and they are integral to the subtly subversive aims of the project.

The result has been a hit on the festival circuit, with over 200+ screenings and notable Audience Awards at Cinequest and Hiroshima. With international distribution via Miyu Distribution, the film premiered online in select territories via TOPIC several months back, but is now available internationally via Vimeo and YouTube. As for Raes, she tells us that she is currently developing a new short & writing the script for a tv-special, both of which are fairytale-like stories for children (and adults), but also she can’t let go of one particular idea for a series—with even more pets!