When we are aware of someone's suffering, love begins. Mixed-media animation SimSim shows the basis of all kinds of love and what it means to embrace and accept.
READ REVIEW
Next Previous 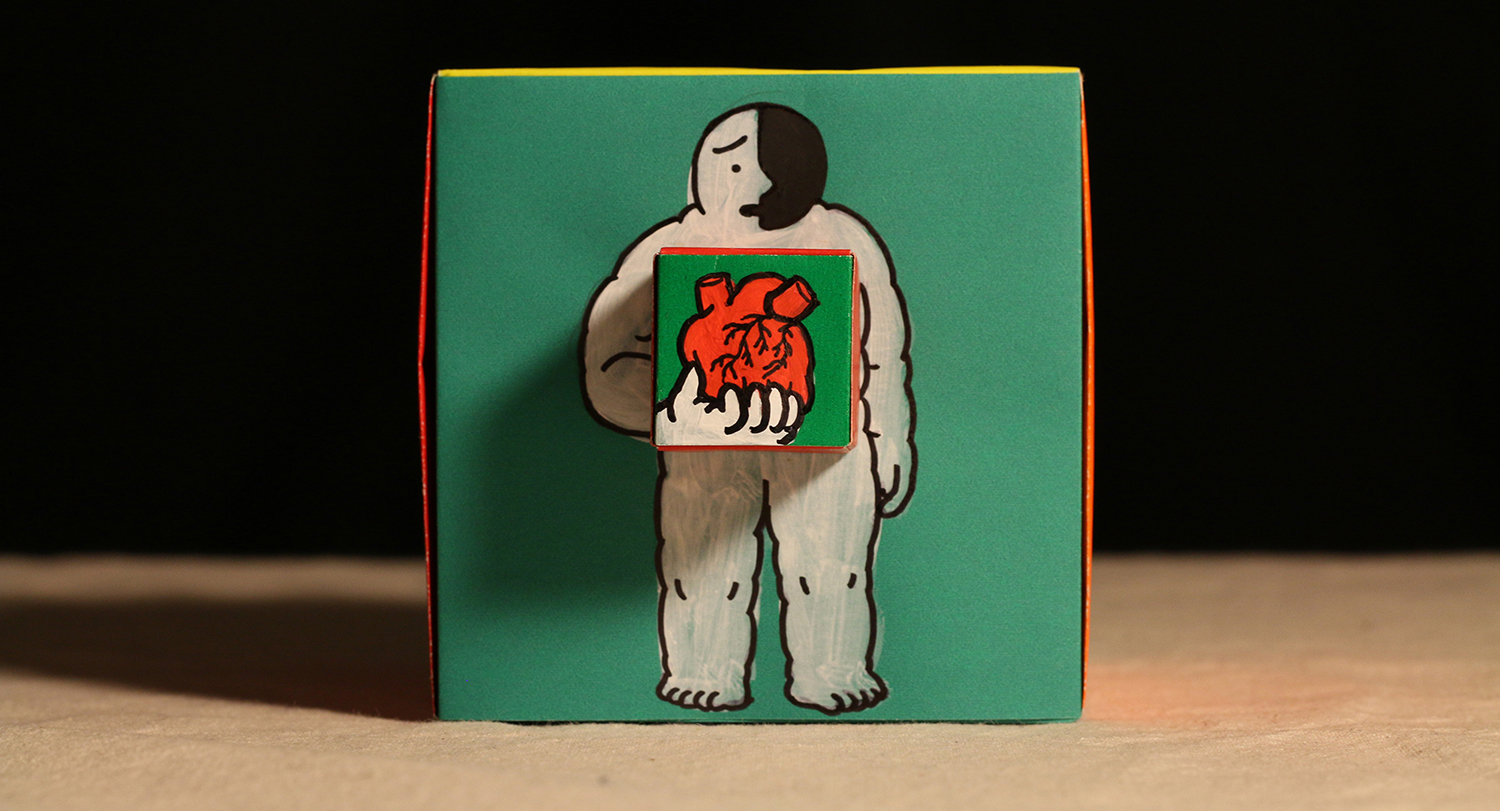 A mixed-media animation, Short of the Week alum Seunghee Kim’s SimSim (The Realm of Deepest Knowing) will take you on an emotional journey of the heart with unforgettable style. First making an appearance on Short of the Week with her previous film Mirror In Mind, it became clear that her unique style would demand further attention. Exploring such themes as depression and love, with such finesse and cohesion, Kim reveals just how hard it can be to reach deep within oneself for strength to help a loved one who suffers. The Realm of Deepest Knowing is a beautiful story of heartache and what it means to be whole.

The illustrated characters in Kim’s film walk a fine line between crude and delicate, emoting a deep passion on screen. Unlike her first film, The Realm of Deepest Knowing is quite three-dimensional, using a combination of illustrations on painted cubes, object formations, and hand choreography.

Despite her use of many techniques, true to Kim’s style, the film plays rather fluidly, transitioning from one moment to the next in a wonderfully poetic way. Yet again employing a monochromatic palette for her characters, the pops of color she does use are poignantly specific. The bright red of the heart as the small figure pulls it out of his chest will leave a lasting impression on the psyche.

What it means to go great lengths for the ones you love is an lesson in empathy. Flexing her artistic muscles to express the emotional turmoil she faced in her twenties, Kim confesses that she suffered from a deep depression that left her feeling like there was no place for her in the world. She was able to crawl her way out of it thanks to a significant other who not only accepted her flaws, but empathized with her grief.

During that time, Kim says that she tried to understand who contributed to her negative feelings, wanting to visualize that in her art. Using traditional techniques such as pixilation, stop-motion, and drawing on paper, Kim wanted to avoid the use of compositing and blending in photoshop. The effect is pure magic and keeps the film grounded in a very tangible reality.

The Realm Of Deepest Knowing received the 2018 Silver Prize at Digicon6 Regional competition, won the 2018 Best Experimental category at Boomtown Film and Music Festival, and won the 2017 Jury’s Choice Award at Black Maria Film Festival among many more festival selections and awards. As for what’s next for Kim, she plans to release a short animated documentary titled Tiger and Ox in 2019.