A woman looks into her mind as she chases her ideals on a metaphorical and literal tightrope.
READ REVIEW
Next Previous 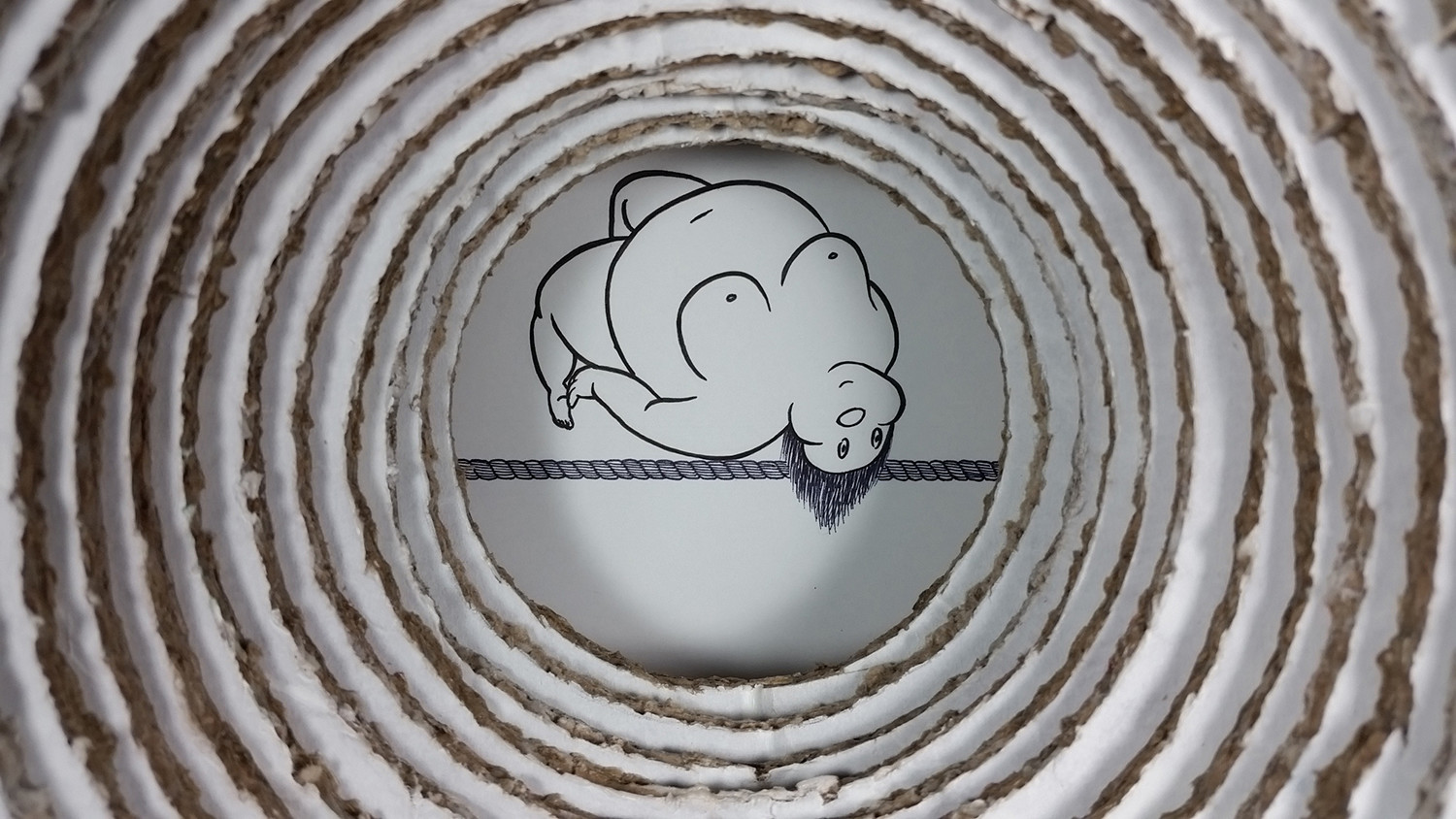 Mirror in Mind sends a profound and deeply compassionate message: love yourself as you are, despite your expectations. A kaleidoscope of abstract imagery and pulsating sounds, this two-minute short film is visually impressive and intellectually liberating. Selected in this year’s Slamdance and Flickerfest film festivals, South Korean filmmaker, Seunghee Kim’s short film takes a deep look into a woman’s mind as she chases her ideals on a proverbial and literal tightrope.

Both animator and musician, Kim’s film plays out like a dance as it jumps from scene to scene to the beat of strong percussion sounds and musical tones. Reminiscent of the beatnik generation’s use of oversimplification, Kim’s rhythm is inarguably more magical. Catchy and compelling, it effectively draws you into her universe, making her subject matter that much more approachable. Whether it was her intention or not, Kim begs us to be as honest with ourselves as she was in the creation of this project, to which I applaud her.

Visually, Mirror in Mind is quite beautiful, and not just because Kim is a talented animator. Revealing a new layer of subconscious insecurity and then combatting it with moments of empowerment as the film progresses, Kim’s animation reveals a truth about human nature, specifically our ability to find peace with ourselves if we allow it. But it’s Kim’s use of sexuality and gender identification that particularly strikes a chord as she uses female nudity as both a vulnerability and a strength. Mirror in Mind begs the question of where the route of such high expectations may come from and subtly and coyly points a finger at a patriarchal culprit. A subconscious experiment in itself, Kim explains her motivation: “I longed to know who I am and accept myself in any state of being. I kind of made it and am still in [the] process of self-discovery”. This sense of discovery further fuelled her creative process. “I just grabbed what popped up in mind, then drew them on paper. Music went through the similar process. I followed my feeling, spontaneously played the musical instruments, then combined them”. As Kim implies, imperfection is perfection

Hand drawn on paper and cardboard, then filmed, Mirror in Mind took a year and a half to make, despite its two-minute running time. Seunghee Kim is now working on her next film titled SimSim (the realm of deepest knowing) and is participating in a feature documentary, For Vagina’s Sake, as animation director. Both films will be released in early 2017.