Emilia and Martina have always been inseparable, but when their cousins come over on a hot summer day, Emilia learns that her sister's priorities might be changing.
READ REVIEW
Next Previous 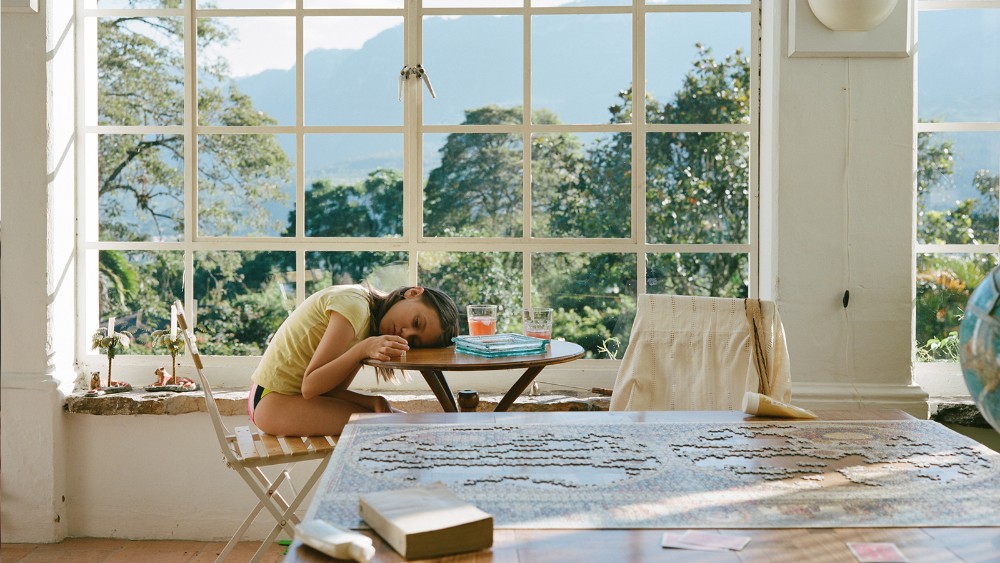 Hot summer day. Colombia. What starts as an insignificant afternoon for two sisters, goofing around as they always do, will forever change their bond when their cousins pay them a visit. With a strong and honest screenplay and confident direction, Victoria Rivera’s Verde captures a defining moment in a girl’s life and makes for an intimate and captivating viewing experience.

Penned by Iranian-American writer Neda Jebelli, the story was originally set in Tehran. The completely different location did not prevent Rivera from identifying to the childhood summer atmosphere, in fact by moving the film to Colombia, she made her short more personal and yet universal, allowing the audience to relate easily.

What is truly interesting with Verde, especially for a coming of age story, is that nothing truly dramatic happens. Instead a few subtle moments, packed into one afternoon, will have such an impact that they shape the lives of both the young characters. As the audience, we benefit from the distance to appreciate Emilia and Martina’s actions and reactions, while the two sisters will just unconsciously enter a period of misunderstandings and awkwardness. Those narratives tend to be focused on “firsts” and that’s how Verde is refreshing as it depicts a “last” and the moments that lead to it.

Rivera’s directorial choices make the film feel like memories from our younger days, back when exploring came before overthinking every step. Stimulating our senses with some gorgeous cinematography and vivid sound design, the film is bristling with a a summer break vibe and is teeming with childhood innocence.

Shot in Colombia, the film’s gorgeous location is an integral part in experiencing the film, with the lush scenery, huge glass windows and natural light once again magnifying the tone of the film. The filmmaking comes across as a very natural, organic process, which in turn allows Rivera to get the best out of her young actors, who deliver powerful, precise and extremely compelling performances.

Fresh off a directing prize at Colombia’s BogoShorts, Verde had premiered at FICCI in Cartagena before catching our eyes at the Palm Springs ShortFest. Rivera is already in post-production on a new project set in NYC. After working on a short documentary in Malpelo Island, the inspiration for a feature film arose that she is currently writing under the Alfred P. Sloan Foundation mentorship program.