Sam is about to meet his celebrity idol... the only problem is, Sam works in a morgue... and his idol is dead.
READ REVIEW
Next Previous 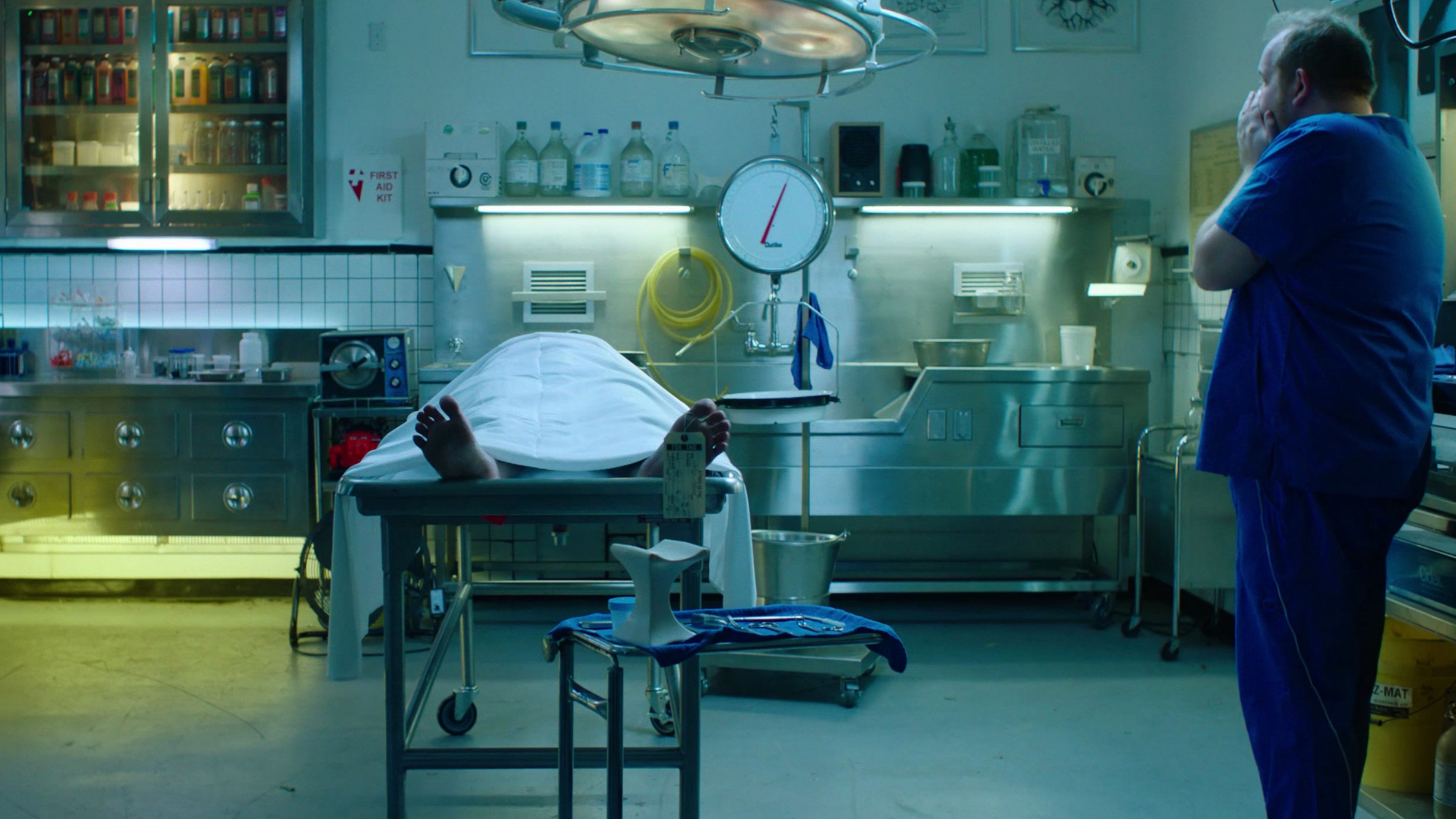 Sam, a morgue employee is having a regular day, up until he realizes he has to perform an autopsy on someone he knows. The patient on his table is the Alfred Molina (expertly played by Alfred Molina), or “always his marry in fuck, marry, kill”. With a sharp sense of humor, Dominic Burgess’ Sam Did It explores the feelings induced by the death of our favorite celebrities by taking us on the emotional roller coaster Sam goes through after losing his idol.

Burgess, like most people, has celebrity crushes and famous persons he idolizes. Whether said celebrities are in music, film, sports does not matter, when one passes away the effect is the same. We see an outpouring of love on social media. Even though those people did not know us, they somehow had an impact on our lives, most of the time in our teenage years, thus grief appearing legitimate. 2016 and 2017 was rough on Burgess, and again many, as we lost phenomenal artists, prompting him to explore those feelings without taking himself seriously in his first experience behind the camera.

If you think Burgess looks familiar, you probably caught him on one of the many popular tv shows he has appeared on. It was on the set of Ryan Murphy’s Feud that he got to approach Alfred Molina and pitched his idea. As for the ideal location for Sam Did It, it is a set built by real morgue owners who were getting too many inquiries from different productions to shoot in their operating morgue. They even provide props! How more authentic could it be? With only twelve hours between the load in and out, Burgess, his DP and 1st AD stuck to the storyboard delivering a precise film.

The impeccable comedy timing of the lead is only complimented by the many contrasts of the narrative. The catchy pop song and very colorful images clashes with the austerity of the morgue, creating a light and playful atmosphere. His day seems normal, while for the audience his line of work is anything but mundane. The situation takes a crazy turn, and our lead follows suit. Watching Sam experience the five stages of grief in this ridiculous context is extremely entertaining, but also makes us reflect on our relationships with celebrities. The film does not solely relies on the reveal, the additional twists keep the laughs going, ending in a perfectly dark, funny unforeseen development.

We caught Sam Did It at the Palm Springs ShortFest, and are happy to premiere it online today. Burgess spends most of his time in front of the camera, yet is developing a couple of projects, a drama in the financing stage, a comedy in the casting process and wishes to foray into animation as well.