A teenage girl discovers her male friends’ secret group chat, forcing her to question her friendship with them.
READ REVIEW
Next Previous 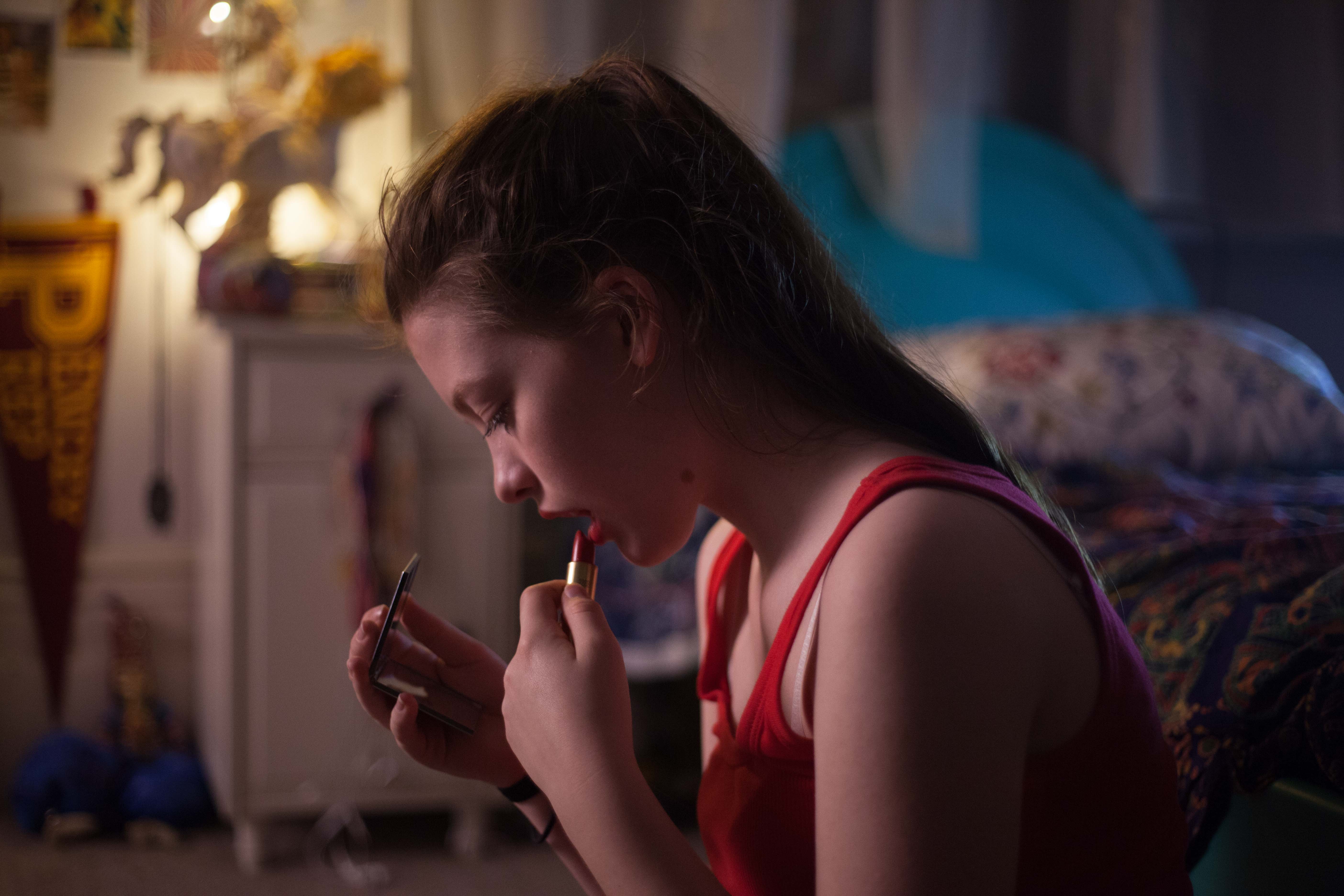 A beautifully cinematic and thought-provoking coming-of-age story about the female experience, Greta Nash’s Locker Room will make you reconsider your role in an ever growing narrative of gender discrimination and sexual harassment. Through the lens of neither a perpetrator or survivor, Locker Room draws attention to the social responsibility of bystanders to bad behavior and the pressures that can cause them to turn a blind eye. It had quite an impact on the female members of the Short of the Week curation team, myself included.

A filmmaker hailing from Australia, Nash was inspired by a series of Melbourne private school scandals that surfaced in the middle of 2016, just before the #MeToo movement had taken off. At the time Nash and her friends were both disgusted and fascinated by the news articles surrounding the scandal, and ultimately they ignited a need within her to contribute to the conversation. Despite being a few years out of high school herself, these stories, particularly of groups of boys sharing pictures of unconsenting girls online, hit closer to home than she would have liked.

Locker Room dramatizes that situation—both the underlying misbehavior, but also the complicity of others in a toxic culture who don’t speak up. Centered around a teenage student named Carla who discovers a secret chat group her male friends have kept hidden from her, the film presents a moral and social quandary during a delicate and confusing stage of life.

On the one hand, one questions where the drama of the scenario arises from—Carla’s moral imperative feels clear—but of course it’s easy to say “do the right thing” when you aren’t the one forced to practice that advice. What Nash seeks to communicate is the fragility of young women’s identity, and how their self-worth is often tied up in the strength of their relationships with the boys they call friends. Women are frequently placed in uncomfortable social situations in regards to their gender for fear of losing their standing in these social webs, or even the friendships themselves.

I related strongly to Carla’s predicament in just that way, having experienced the tension between speaking up and social ostracization numerous times when growing up. The film made me reflective on whether I had always stood up for ‘what was right’ given my overwhelming drive for self-preservation. While in my imagination I pride myself as a champion for my gender, have I always been so upright? The film made me fear that I, too, may have failed some moral obligation to defend my own sex along the way.

I was curious if the feelings the film aroused in me were particular, or is Locker Room highlighting something much more pervasive?  To learn more, I reached out to fellow S/W team members, Serafima and Céline, to quiz them on their perspective. Below is a lightly-edited transcription of our conversation:

I, too, fear that I may have failed some moral obligation to defend my own sex…

Chelsea: Let’s start by discussing why Locker Room resonated with us.

Celine: It resonated with me on a personal level, I was (still am) a tomboy, and have always been closer to boys growing up. I was really into ballet, but for some reason found it more fun to hang out with boys. The difference of gender was never addressed, it just did not matter. Up until… the hormones kicked in!

Just like the lead, I started noticing differences. I don’t think they were smart enough to have a private chat or did not have the technology yet, but little inside jokes that I wasn’t in on anymore, were definitely there.

Chelsea: So when you hit puberty, you started to feel excluded yet desperate to fit in? I can relate to that.

Celine: I still could not relate to girls buying makeup and doing manicures, so yeah, I felt like I had to do something more to fit in because I was a girl—meaning going along with all the dirty jokes or letting them talk about girls in objectifying ways.

Chelsea: Growing up, I didn’t really have many girlfriends either and sometimes it was hard to hear some of the sexist yet “totally fine” comments tossed around about girls I knew in school. What I love about Locker Room is how well it portrays the kind of gray area Carla falls into. She’s not quite included by the boys completely and when she stumbles upon the video on one of their computers, it was like a reminder that she’d never be one of them (not that she’d want to be at that point). For Carla, I’m sure it was hard to see her friends—idols even—do something so horrible. I for one, experienced something of that nature time and again from middle school all the way through college

Celine: Definitely through college for me (engineering school).

Serafima: I totally agree, Carla did that very well and it was very relatable. I have been in similar situations a few times and have to admit never had the balls to speak up.

Serafima: It’s that innate desire, NEED even, to fit in and be liked and the fear that you will be an outcast if you do.

Chelsea: I didn’t often, but when I did, I remember being ostracized for at least a week at a time. It sucked.

Serafima: I heard a LOT of sh*t being said about girls I knew.

Chelsea: How did that make you feel? Did you feel like a traitor?

Serafima: Oh yeah! Very uncomfortable and Locker Room brought those feeling back in an instant, which is why I think it’s so powerful. Many women and girls will relate to it and hopefully will be inspired to speak up to do the right thing.

Celine: Definitely, but I think it can inspire men/boys too.

Chelsea: I’d love to know how the ending made you both feel. For me, seeing Carla have her first and only real interaction with another girl on screen and how they consoled each other was empowering—their moment really took the film to another level for me.

Celine: It was very powerful to me too, Carla’s world just got turned upside down and someone is reaching out to tell her it’s going to be ok, and that she won’t be alone. It’s the hopeful “message” of the film.

Serafima: Exactly. I think it was exactly how the film needed to end. The alternative is that Carla was left without any friends… hardly inspiring :)) It’s a powerful message that basically says: do the right thing, and it will all work out.

Celine: It is fiction after all…

Chelsea: I actually felt that the message was much darker and that it suggested the grim reality of “boys will be boys” and how women need to stick together.

I’m not saying it wasn’t positive, but there’s a dark layer there.

Celine: I did not really see the gender, the fact that it was a girl, I saw it more as someone here for her. But yeah, from that angle… it’s definitely darker.

Serafima: Yeah i have to agree with Celine on this one.

Chelsea: That scene was the only deep interaction Carla has with another girl – I actually like it better my way 😉

Chelsea: Wonderful! Not saying there isn’t a “do the right thing” message…

Serafima: The lines are still blurry.

Serafima: … and people still think this sort of behaviour is acceptable.

Celine: “boys will be boys”.

Serafima: Yeah “they meant nothing by it.”

Chelsea: So in the end, do you think Locker Room did our adolescence justice?

Celine: I liked my adolescence and choose to believe it was not that dramatic, but this definitely stirs sh*t up!

Chelsea: I feel that!