Seventy years in the life of one naive explorer.
READ REVIEW
Next Previous 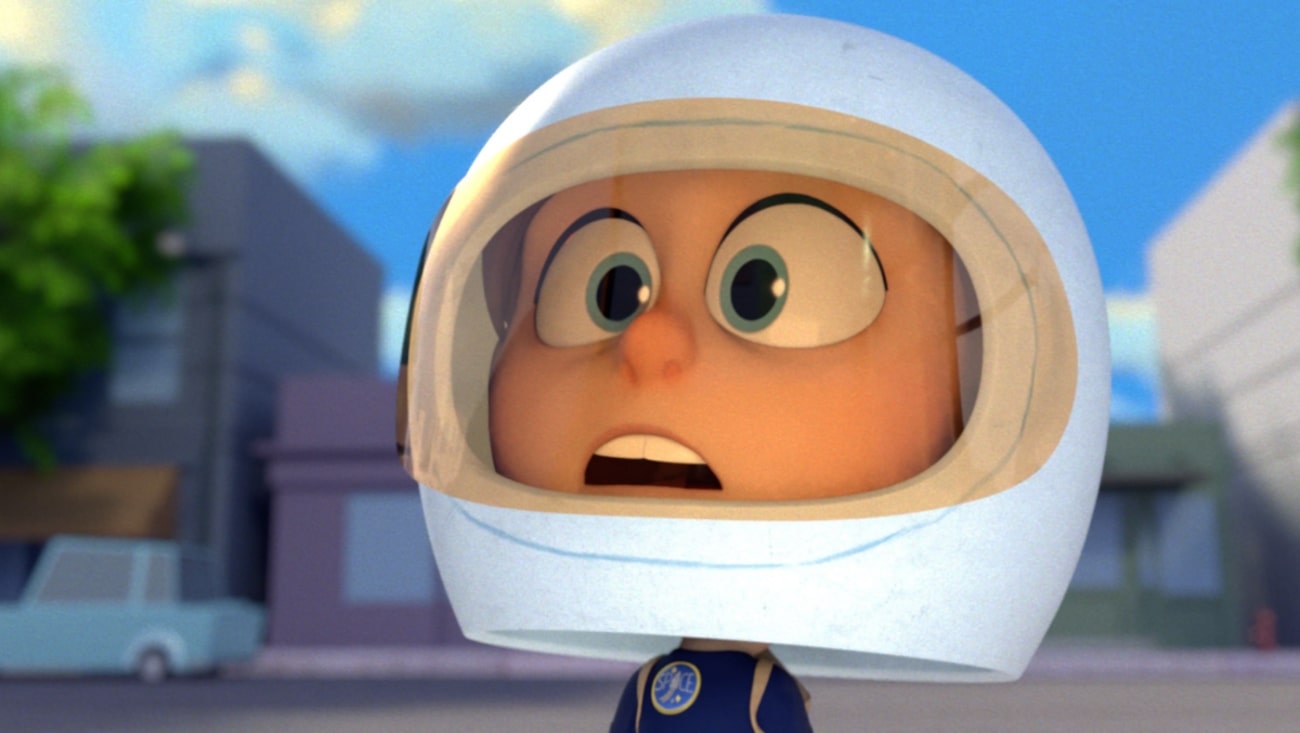 A young boy, like many others, dreams of going out to space and explore the galaxy. A simple coin operated space ship at a corner of a street will have a decisive impact on his life. A bright and family-friendly 3D animation, writer/director Nicholas Ariol nevertheless embeds mature themes into this simple work, and subverts expectations along the way—making this 5 minute animated short film into a beautiful allegory of life that is surprisingly emotional.

First-time filmmaker Arioli approached the film’s premise from a personal angle—driven by the challenge of telling a complete story in a short time with no dialogue, he drew his inspiration from the concept of “life savings”. The paradoxical mix of feelings that tag along those two words was something Arioli wanted to capture in a film, relating to us that the idea,

“seemed to me both a melancholy and a hopeful concept at the same time. We can accumulate one life savings, and spend it on one grand thing. Our dreams and our mortality collide in this common phrase.“

The resulting film is an emotional (soft) roller-coaster that blends the excitement and doom of life in a poetic and playful way that we find quite moving.

The film is a truly independent project, along with his producers, Arioli hired his talented crew mostly with word of mouth and with the help of the cloud based animation platform Nimble Collective. After penning his very promising screenplay, Arioli knew he had to magnify it with quality craft. The score, the editing and the animation successfully elevate the narrative. The details in the character’s facial expressions communicate more than words could, as our protagonist confronts the hard reality of growing up, and does not allow disappointment to alter his determination. The score compliments those defining moments in a perfect and subtle way engaging the audience on a deeper level, while the editing delivers a greatly paced, entertaining film with a careful timing that only strengthen the film’s emotional impact.

Coin Operated just finished a successful two year run on the festival circuit, with notable stops at the AFI, Mill Valley and San Francisco festivals, while picking up an audience award at the 2017 Palm Springs ShortFest and the Oscar-qualifying Grand Prize for animation at the Rhode Island Festival. Given the success of his first film, Arioli is already thinking about a bigger follow-up project.