In a middle Eastern war zone a gardener defies the destruction around her by filling her city with beautiful, life-giving lemon plants.
READ REVIEW
Next Previous 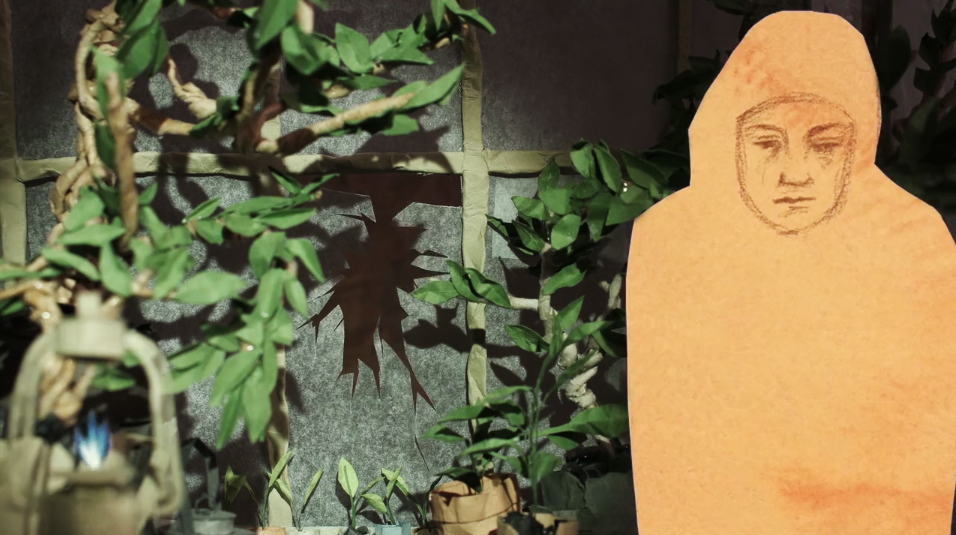 In a sea of seemingly endless terror clogging up our news feeds, it’s hard to grasp a definitive feeling about one particular crisis over another. Frustratingly, in its place is a sense of numbness, where the people in suffering countries can often turn into no more than statistics. Female filmmaking duo Catherine Prouse and Hannah Quinn have managed to make a wonderfully compelling film that humanizes the Syrian Civil War and illustrates it in such a way, that your heart will be filled with sadness and hope by its end. With props, sets and characters all created from paper and animated through stop motion, LAYMUN tells the story of a Syrian woman who uses gardening as a way to rebel the destruction befalling her community.

Poignantly, LAYMUN centers around a woman who’s nurturing nature conveys female strength in a war mostly fought by men. It’s this perspective that perhaps makes the film that much more special, in how we get to see a side of the war not usually explored. Amidst the backdrop of crying children, cracked stone walls, and a particularly captivating air raid sequence, the film is very female centric with a final scene that puts the faith of the community’s fragile future, symbolized by the lemon, in the palm of a little girl’s hand.

Made over the course of their final year at Kingston School of Art, at a time when the siege of Aleppo in Syria was at a peak, Prouse and Quinn found their voice. After watching a documentary about the last flower seller in Aleppo, they were inspired to tell the story of a woman who rebelled the destruction of their city by doing exactly the opposite: planting lemon trees to not only bring beauty back into broken homes, but to show her community that there is hope of survival and a future after war. Without reducing or undermining the chaos of Middle Eastern war zones, LAYMUN delicately provides a fragile sense of optimism by the film’s end.

We didn’t want to oversimplify the issues we were depicting in the film and offer a neat, unrealistic ending, but we wanted to offer a note of hope.

As Prouse and Quinn explain – ” We didn’t want to oversimplify the issues we were depicting in the film and offer a neat, unrealistic ending, but we wanted to offer a note of hope. We found the idea of a lemon seed being taken with the protagonist at the end offered the perfect balance of a possible new start for this character but also a sense of precariousness: would the one lemon left in her city have a chance to grow into something better, or would it perish?”

Visually, some aspects of the paper animation are almost crude, but somehow it’s still quite beautiful. For each character, the duo filmed themselves and their friends acting out various movements, digitally separated the frames, printed them, and then rotoscoped over the paper cut-outs, before compositing them into each scene. The effect is a multidimensional story scape that is somehow both delicate and rough in appearance.