Scared for her son's safety, Cornelius’ mother moves their family out of London and on to a white estate ran by a racist gang.
READ REVIEW
Next Previous 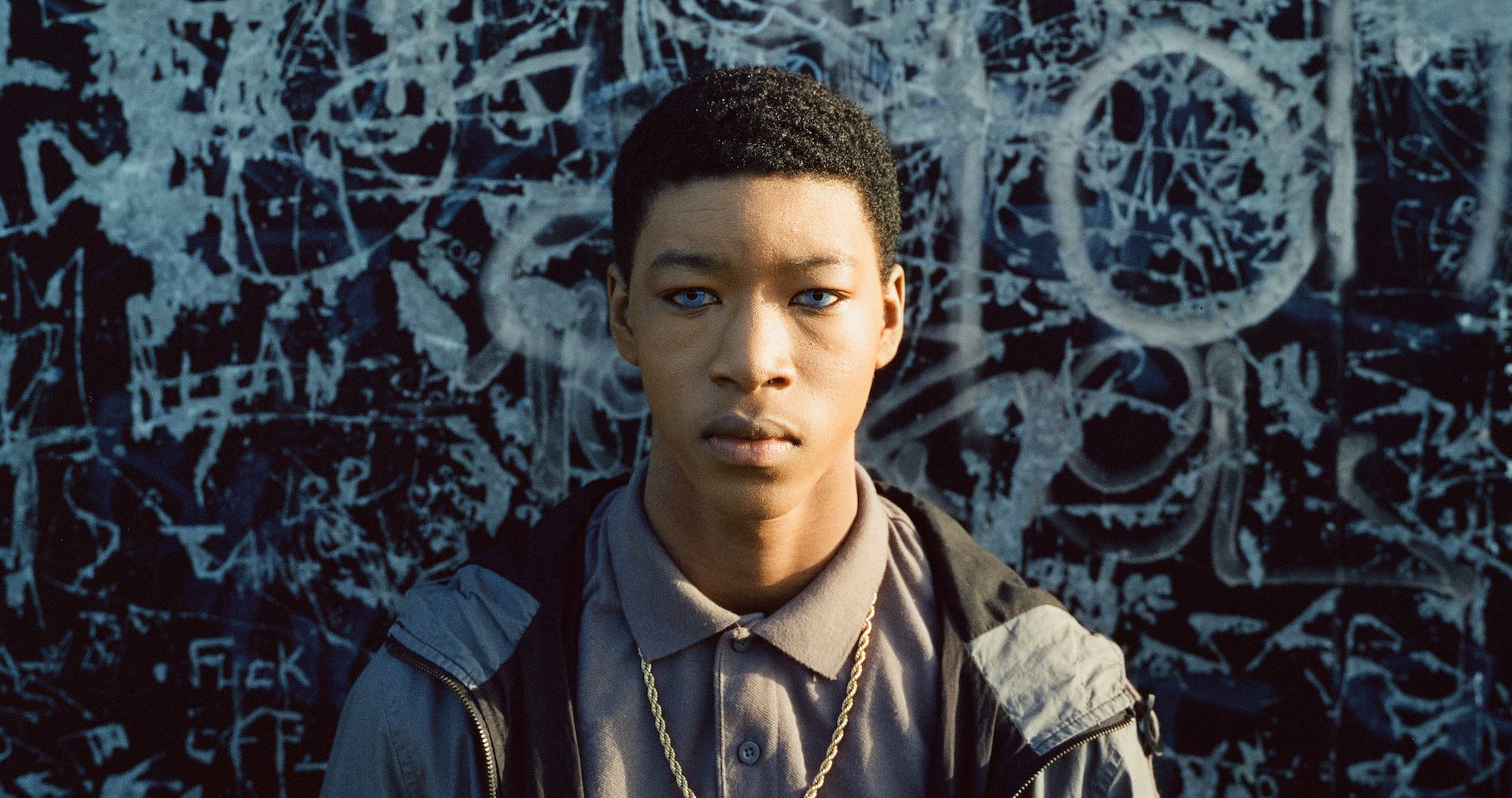 What makes a good documentary? An insightful narrative? Exclusive access to a subject? Creative storytelling? Whatever the magic formula is, Ed Perkins’ (If I Die on Mars) award-winning short Black Sheep has it nailed. A compelling, cinematic film that’s as surprising as it is entertaining, this 27-minute short hooks you in with its accessible approach, then leaves you stunned with its revealing nature.

When schoolboy Damilola Taylor was murdered in November 2000, Cornelius Walker’s mother feared for her son’s welfare (he was the same age and skin colour as Taylor) and decided to move her family out of London, into the safety of Essex. Relocating to an estate run by a violent, racist gang, Black Sheep tells Walker’s story and how he soon realised the only way he could fit in, was to become more like those who hated him.

“I can’t control how people react to my story. I can only try and make them understand my perspective”

With Cornelius admitting this was a part of past he didn’t really share with anyone, he now feels revealing this part of his childhood was an important step in the healing process. “This story felt important to finally tell because it was a way of sharing the effect of racism from another perspective” says Walker. “The perspective of someone who wasn’t just a victim. I was friends with racist and evil-minded people. I got to learn from them, almost empathise with their ideologies…I can’t control how people react to my story. I can only try and make them understand my perspective. I hope it helps start a conversation.”

Eager to blur the lines between documentary and drama, Perkins’ visual approach to telling Walker’s story is one that is instantly appealing, but equally unsettling, with its disturbingly authentic feel. Told via a simple talking head interview, where Walker seems to be directly addressing the audience, and a series of reenactments, filmed with ‘non-actors’ in the same locations the real events took place, creating a genuine feel was obviously an important aspect of production for the director and his team.

“We decided to go back to the actual town where the events happened and cast real people who lived in the area to re-create key moments from the story”, Perkins explains. “Other than one actor (Kai Francis-Lewis) in the role of younger Cornelius, everyone else were essentially non-actors…The scenes are not scripted or rehearsed. They are loose, fragmented imaginings of the events Cornelius describes in his interview. We did not tell the actor playing young Cornelius what performance to give. We simply put him in various situations that were as ‘real’ as possible, and observed his reaction just as we might do when filming traditional vérité documentary.”

Winner of the ‘Short Doc Award’ at the 2018 Sheff Doc Fest, Black Sheep blew me away when I saw it at the BFI London Film Festival recently. Although it depicts real events that happened over 15-years ago, it still feels like a highly topical piece with its focus on race and identity. At 27-minutes in length, it exists as one of the longer pieces on our site, but the run-time just flies by as you become entangled in Cornelius’ story and it’s easy to imagine this as a longer, feature project – it feels like there’s much more to explore here.